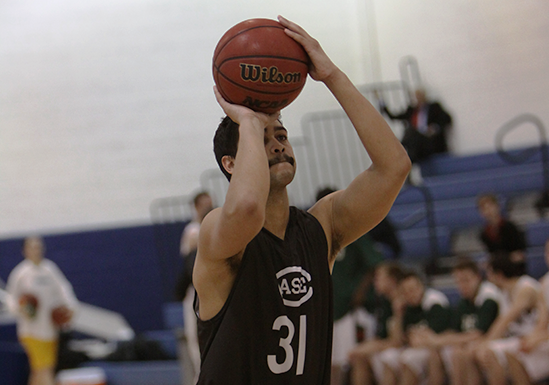 The Case Western Reserve University men’s basketball team will look to pass over conference rivals Washington University and University of Chicago in the University Athletic Association standings with wins this weekend.  The Spartans are 8-8 overall, 1-4 in the UAA, and sit in seventh place in the conference.  The Bears and Maroon are both 2-3 in the UAA and sit in a three-way tie for fifth-place with New York University.

The Spartans will be led by Austin Fowler who is averaging 16.6 points per game, good enough for third in the UAA in scoring.  Fowler’s 8.1 rebounds per game are also second in the conference.  Fowler is climbing the history books in his final season at Case.  He’s currently tenth all-time in rebounds and is 110 points away from tenth in scoring.

Case is the top team in the nation in blocks with 6.6 per game and their 105 rejections are second for the highest total in the country.  Julien Person is tops in the UAA with 32 blocks and is averaging two per game.  David Thompson is third in the UAA with 1.8 per game.

Dane McLoughlin leads the nation in three-point shooting with an average of 58.3 percent on 35-of-60 shooting.