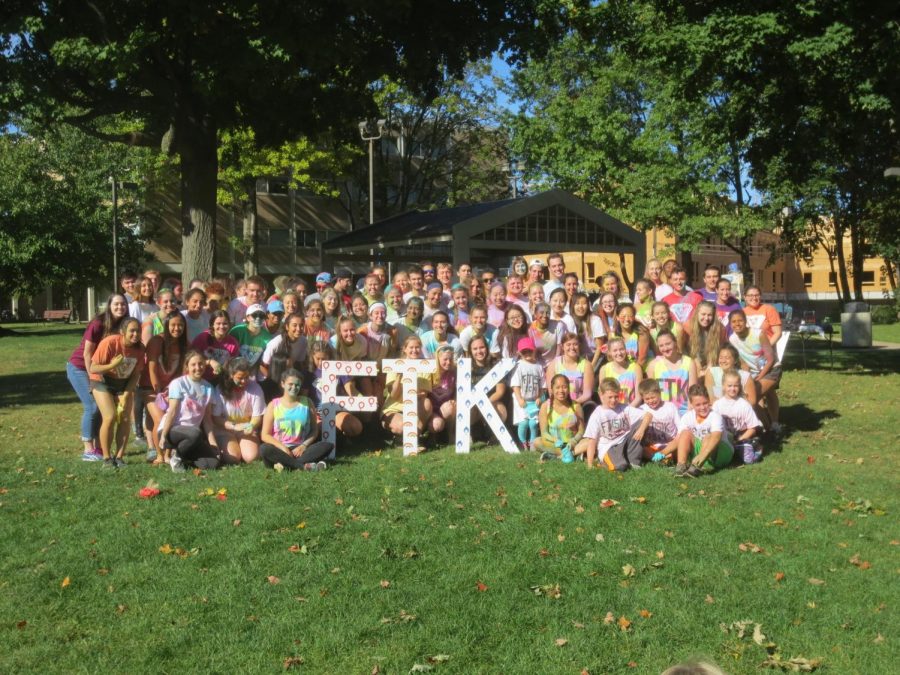 The first THON was organized at Penn State University in 1973 as part of efforts to help the patients of their local children’s hospital. The main fundraising event the organization holds is a 46-hour dance marathon to spread awareness about pediatric cancer research and provide support for affected children and families. Or, using their terminology, all of their work is “FTK”—for the kids. Chapters of THON have since spread to high school and university campuses across the United States. CWRU’s chapter was started ten years ago, and has since raised over $450,000 for the hospital. This year, they hope to break half a million dollars in donations at their 12-hour dance marathon, to be held in Tinkham Veale Ballroom on February 15, 2020.

SpartanTHON also holds other, smaller events, fundraisers and opportunities to emotionally support Miracle kids and families throughout the year. One such event is the FT(5)K Color Run.

“People come out to not only run, but support the kids at UH, [as] any money fundraised today goes to them,” said fourth-year Mary Gentile, the external director for the SpartanTHON steering committee. The funds are used to provide services or goods that are not covered by insurance, and therefore not available to most of the patients. From IV caps to therapy dogs and “red wagons”—a wagon full of toys for the kids to play with—all are extra things meant to “brighten a child’s day,” said Gentile, while describing how dreadful it can be to sit in a hospital bed all day.

Gentile, who has been involved with the club since her first year, said she “didn’t realize how much it would help her grow as a person.” Citing the common experience of many college students (and people in general), who get caught up in their own lives, Gentile said SpartanTHON “is something where you can give back to a community that really needs it. [It is] part of a cause that is bigger than myself.” 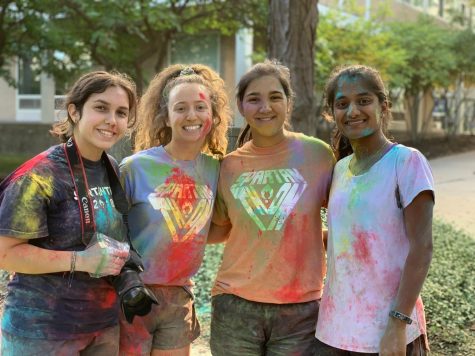 Two first-year students, Megan Griffith and Shvetali Thatte, were among the 150 runners in attendance at the 5K. Although both disclosed that they normally don’t run, they really enjoyed the event. Griffith thought it was important for students to support the organization. “I’m glad that they do things like this on campus,” Thatte added.

The mother of the Miracle twins, Sarah Kader, speaking to all of the runners after the event, was appreciative of the support they received from SpartanTHON through Rainbow Babies. “I don’t think we would have been able to get the services that we got at Rainbow without the funding from groups like this one,” Kader said. She conveyed her appreciation for the fact that her sons are now healthy, happy and able to run in the 5K.