Student experiences in quarantine differ across and off campus 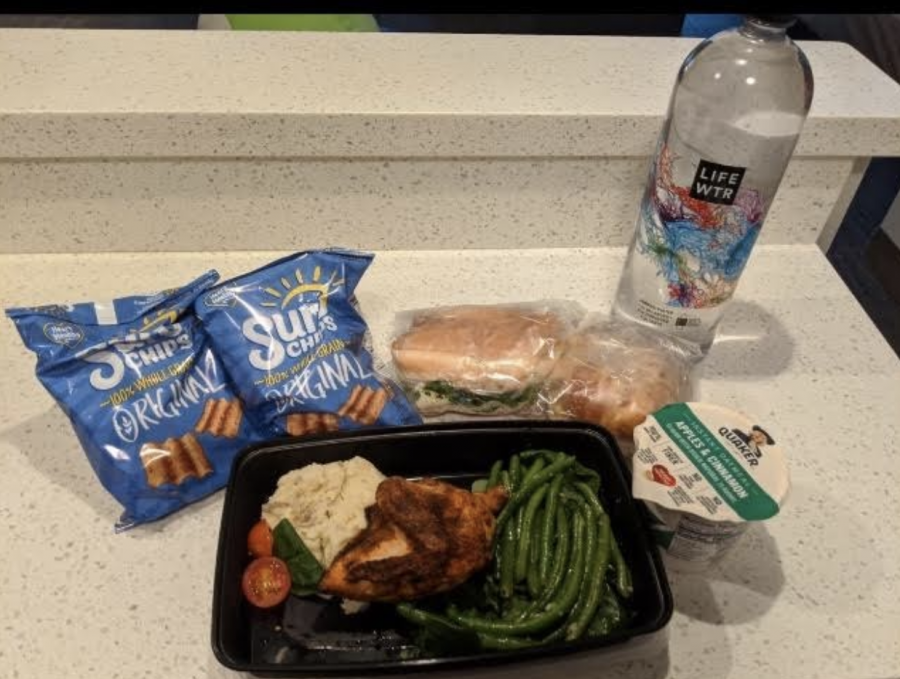 2020 is the year that just keeps on giving, as many students find themselves back on campus only to end up in quarantine. However, this quarantine looks different for a lot of students, depending on whether they are in on-campus, Greek Life or off-campus housing. Each of these situations comes with its own struggles and benefits as Case Western Reserve University attempts to organize and perfect their contact tracing, food services and student support.

Angela Howell, a second-year double major in theatre and classics and an orientation leader, had one of the first experiences with campus quarantine when she got a call during orientation week telling her that she needed to be quarantined at a hotel and would be picked up in half an hour. Howell negotiated her time to pack to 45 minutes. However, this negotiation proved to be pointless, as Howell ended up spending an extra hour waiting for her ride to pick her up. Howell arrived at the Residence Inn an hour late and in her own words, “went in, checked in, haven’t left the room since!”

While Howell admits that, in the beginning, CWRU’s response seemed disorganized, she recognizes that “they’re changing every day.” A great example of this is the food. When Howell first arrived at the hotel, the food arrived at inconsistent times, was not enough for a full day and had little variety. But after Bon Appetit received this feedback, they sent out a letter in response and made immediate changes. They took measures to provide more food, a wider variety of options and keeping the deliveries consistent with the dining hall schedule.

Similarly, the hotel experience has improved with feedback. Students are now allowed to receive mail deliveries, and friends and family can drop things at the front desk for them. The hotel room itself is expansive, with its own kitchen, bathroom, living room area and queen bed. As Howell put it, “it’s not a bad setup, it’s bad circumstances.”

Even though Howell tested negative, she still has to quarantine in the hotel for the full two weeks. Howell has received support from her navigator and University Health and Counseling Services (UHCS), but even then she says that, “People just are not supposed to spend this much time in a hotel room, or this much time in a room alone.”

An anonymous source had a similar experience; also being one of the first to quarantine at Residence Inn. They were there from the beginning, and saw how the breakfasts changed from oatmeal packets to ham and cheese croissants. Fortunately, they were allowed to leave after a week when CWRU communicated that “as long as you are not with any Case Western students or staff at home, then you can go.” Students can leave the hotel at any time, they just cannot return to campus or interact with anyone in the CWRU community.

Looking back on their hotel experience, they said, “I feel like we should at least give [CWRU] some grace because it’s probably overwhelming for their staff. They’ve never had a job like this before. It was a very nice hotel. It wasn’t like we were thrown out on the streets or anything like that. It was totally fine in my opinion, and I got access to Netflix. So that really was a plus.”

However, Caroline Zhu, an Observer columnist, had a much different experience quarantining as an off-campus student. Zhu started experiencing symptoms and reported them on the daily health assessment, after which she was told to immediately quarantine. As someone living alone off-campus, she had no way to get groceries or any other necessities. She received a survey every day asking about her symptoms and if she needed help with groceries. Zhu remarked “I answered yes to that three days in a row and no one responded.”

Zhu never had a navigator reach out to her or received any help from UHCS. Unlike all the support that students on campus received, she felt alone. She said, “I ended up getting delivery for two days and I just didn’t eat much.” After testing negative, Zhu was allowed to stop quarantining and finally grocery shop.

Bridget Powers-Beggs, a third year in material science and engineering, has had a different off-campus quarantine experience after testing positive. Since receiving her positive test result, Powers-Beggs has been in constant contact with doctors and nurses. Her navigator has helped reach out to professors and she has felt supported by the university. However, her roommate, who tested negative but still has to quarantine, has not received this same support from navigators and UHCS.

While Powers-Beggs has received plenty of communication from CWRU, she commented that, at times, it was disorganized and overwhelming. She said that “The level of detail makes it seem organized, but I just don’t understand it. It was kind of funny when I had to decline a call from the doctor calling because I was talking to someone from the public health department.”

Just as students are trying to navigate the constantly changing challenges of this pandemic, CWRU seems to still be perfecting their process. This is especially seen in the confusing territory of Greek Life. While fraternities such as Zeta Beta Tau (ZBT) are classified as off-campus housing, they are receiving the same support and food as on-campus students in hotels do.

Currently, 12 people are quarantined in the ZBT house until Sept. 6. CWRU has supplemented ZBT’s Murray Hill catering by paying for the fraternity to receive breakfast, lunch and dinner seven days a week, rather than the seven lunches and five dinners a week the fraternity usually receives. Everyone in the house is in constant contact with navigators and health services.

ZBT President Raphael Aleman has really appreciated the help from CWRU and explains why he thinks they have gotten the attention they have.

“It’s in [CWRU’s] best interest because … if, for example, an outbreak happens because of a fraternity, that would be … a bad look for Case.”

However, Aleman recognizes that not everyone has gotten the treatment and privilege that has come along with living in Greek housing. He says that “People living alone who cannot leave their apartments are in a much worse situation, so I think definitely Case should prioritize them and see how they can better support anybody who’s off-campus and tests positive or needs to quarantine.”

These five students demonstrate that no quarantine at CWRU is the same. Some students are receiving all of CWRU’s promised amenities. Some students are struggling to get any help. While the university’s reactions are ever-changing in response to feedback, they have left many students receiving different qualities of care.