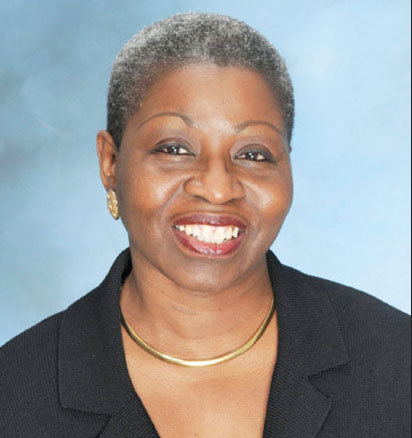 Dr. Marilyn Mobley, the vice president of inclusion, diversity, and equal opportunity at CWRU, says that one of her main goals on campus is to have students that are outstanding global citizens.

Diversity in college campuses is an increasingly growing concern amongst university administrators across the country. According to the American Council on Higher Education, diversity, not just racial, but also socioeconomic and sexual orientation, is important in part because people tend to gain a deeper understanding of issues from those whose opinions differ from their own. A diverse environment mirrors the fabric of society and generally increases respect and understanding.

Cleveland is known for having underlying racial tensions amongst people and various neighborhoods. Arguably, the most prominent is the relationship between University Circle and East Cleveland.

“Honestly, I think of East Cleveland as a more sketchy part of Cleveland. In my experience, East Cleveland seems to have a lot of abandoned buildings and run down shops. University Circle seems more uptown and modern,” said Case Western Reserve University freshman Freda Li.

Last semester, the article “EC-UC Connections Program” prompted The Observer’s readers to question what CWRU is doing to improve diversity and, more specifically, engage students from all Cleveland Public Schools, not just feeder schools, to apply and then attend CWRU.

Dr. Marilyn Mobley, the vice president of inclusion, diversity, and equal opportunity, said diversity is one of CWRU’s core values and she takes her role as vice president very seriously.

“We, and I say ‘We’ because it is not just me who is working to achieve increased diversity, but the collective campus community, have an opportunity to make changes for good,” said Dr. Mobley. “As an enterprise, we need to figure out how to improve these values because we are educating students to be outstanding global citizens and human beings.”

Since president Snyder appointed Mobley to the position of vice president in 2009, diversity at CWRU has steadily improved each year.

14 percent of the class of 2016 is from underrepresented groups, a five percent increase from the class of 2015. In addition, in 2012, 271 staff, faculty, and students also completed the Lesbian Gay, Bisexual, and Transgender Safe Zone training compared to 137 last year.

Those statistics, though great and a testament to CWRU’s emphasis on the importance of diversity, are university wide, and do not demonstrate if CWRU is trying to attract Cleveland high-school students to attend the university.
It is important for universities to strengthen community relations, including attracting local talented students because a stronger community means a stronger university.

A report published by the Institute for Higher Education Policy, however, reveals that many students in urban cities, like Cleveland, who are qualified to attend institutions like CWRU, do not take the necessary actions to apply and enroll in college, especially when it comes to applying for financial aid. Most times this is because they are unaware of the process of applying to and benefits of a postsecondary education.

Some universities are at the forefront in community relations, especially when it comes to helping local students prosper. In 2012, the University of Chicago announced a partnership with the City of Chicago called the UChicago Promise. The UChicago Promise lets admitted Chicago high school students “attend the university without receiving any loans in their financial aid packages.” It also provides Chicago students and families professional support about the admissions and financial aid process.

CWRU has programs for Cleveland students such as Upward Bound and Project Step-Up, which greatly increase Cleveland students’ success, but the two programs are geared more towards students who are at high risk of academic failure. Although CWRU does not have any specific university-wide programs in place to engage a broader range of Cleveland Public School students at the moment, the university does have various programs and initiatives that are gradually tackling this issue.
“We have met with the Cleveland Public Schools’ Board of Education and the chief academic officer,” said Mobley. “This is important because in order to know how to attract and engage students, we have to truly understand their side of the story. In addition, we always do outreach to specific Cleveland Public Schools, such as John Hays, that tend to have more CWRU geared students.”

In addition, two years ago, CWRU started ESP, a summer program that connects 12, mostly minority, students from greater Cleveland with academic resources and guidance before their freshman year.

Meetings with the Cleveland Public Schools, the Social Justice Institute, and ESP are testaments that CWRU is making strong efforts to solve this problem. However, as Mobley said, “We are always exploring and trying to strengthen future opportunities to reach inclusive excellence.”