The 88th Academy Awards: A night where everyone dreamt in gold and touched on diversity 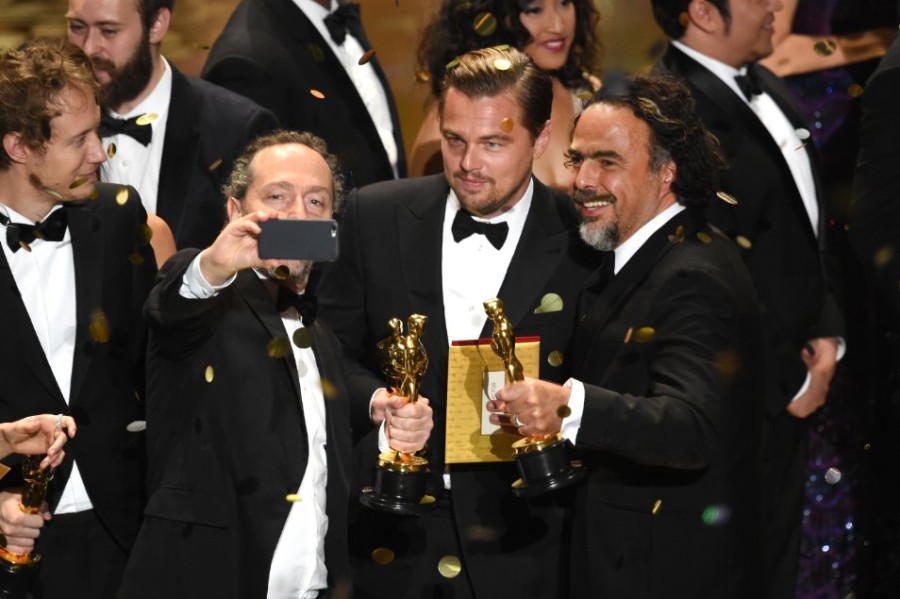 The 88th Annual Academy Awards was an event that will be a landmark in history, from the commentary on the diversity issues plaguing not just the awards, but all of Hollywood, to benchmark wins and nominations that have been a long time coming for certain actors, directors, producers and much more.

Hosted by Chris Rock, there was an air of anticipation and worry clouding the awards ceremony regarding the matter of #OscarsSoWhite, but fortunately, Rock approached the situation with some biting, snarky and laughter-filled commentary, making for a welcome return to a host capable of doing impressive work unlike the past few years.

The night began with the opening monologue provided by Chris Rock, who started off talking about how the awards should also be known as the “White People’s Choice Awards” and continuing on with his criticism of the various other black actors who had asked him to step down as host, believing that he should not take the advice of “unemployed people” and the like.

Rock’s monologue was strong, taking shots at both sides of the diversity issue while also stating that while black actors were not nominated in the top acting categories, it is still great that they have done great work regardless and are capable of tearing down obstacles in that fashion.

Thankfully, I must say I am glad that the Oscars did not resort to another musical number again and just let the humor and charisma of Chris Rock lead on.

Following the monologue, the first awards to be given were Best Adapted Screenplay and Best Original Screenplay, which were given to “The Big Short” and “Spotlight” respectively. Following a commercial break, Alicia Vikander was awarded the Oscar for Best Supporting Actress for her affectionate performance in “The Danish Girl.”

This nigh unstoppable win streak was eventually halted with a win from “The Revenant,” which proceeded to win the much deserved award for Best Cinematography from the amazing work of master cinematographer Emmanuel “Chivo” Lubezki, winning his third Oscar in a row, winning the previous two years for “Birdman,” also from “Revenant” director Alejandro G. Iñárritu, and also for “Gravity.”

“Ex Machina” also proceeded to surprise by winning over other big budget blockbusters by winning the award for Best Visual Effects, while it was also nominated for Best Original Screenplay. “Bear Story” from Chile followed soon after with a win for Best Animated Short Film, which was followed soon after by the much predicted and obvious win for “Inside Out,” winning for Best Animated Feature.

What followed after these wins was a surprising upset for many when Mark Rylance proceeded to win the Oscar for Best Supporting Actor for his subtle performance in “Bridge of Spies,” beating out the much talked about performance of Sylvester Stallone for “Creed.”

After the surprise upset, “A Girl in the River” proceeded to win Best Documentary Film, Short Subject while “Amy” went for Best Documentary Feature, which was also commonly predicted. Winding down the night, “Stutterer” won Best Live Action Short Film and “Son of Saul” won the award for Best Foreign Language Film, which was also considered to be incredibly predictable, for it had won all the major foreign awards prior to this.

In an amazing display, Ennio Morricone received both an Academy Award for Best Original Score for his music in “The Hateful Eight” and also a standing ovation from the entire crowd, both very much deserved for his impressive body of work ranging from “The Good, The Bad, and The Ugly” all the way to “The Untouchables.”

The Big Four Oscars were up next, the most anticipated awards of the night. Alejandro G. Iñárritu, who won last year for his directing in “Birdman,” made Oscar history by winning the Oscar for Best Directing again for his immaculate direction of “The Revenant,” becoming the third director in history to win back to back Oscars for directing since 1950, following in the footsteps of John Ford and Joseph L. Mankiewicz.

Brie Larson won Best Actress for her beautiful and heartbreaking performance in “Room,” which she also stated that half was also for her co-star and equally amazing performer, Jacob Tremblay.

In a night to remember, Leonardo DiCaprio, long snubbed for an Oscar since the 90s, has finally won his first Oscar for Best Actor for his riveting and virtuoso performance in “The Revenant,” receiving a strong standing ovation from both the crowd and for the people who were viewing the awards along with myself. During his speech, DiCaprio talked about the nature of global warming, stating that we must all take initiative and never take our planet for granted and also stating that “he will not take tonight for granted” either.

Following all of these exciting awards, the night did end in an anticlimax when “Spotlight” won the big Oscar for Best Picture when it was considered an upset following the bulldozing perpetrated by both “Mad Max: Fury Road” and “The Revenant.” Overall, the night was spectacular, with some nice touches on the diversity of Hollywood and how it must change, environmental issues, and a strong awards presentation, wins and nominations.