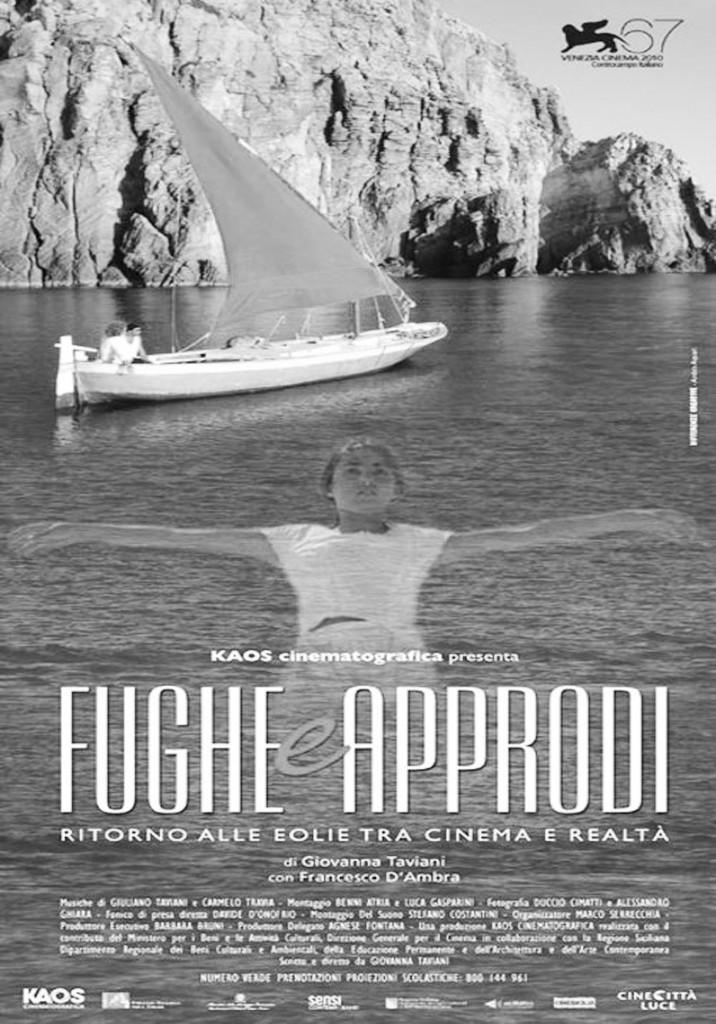 There is something special about the Aeolian Islands. These small volcanic islands sit in the Mediterranean Sea, adorned with tiny white houses with tile roofs. The sea breeze glides above them like the god of their namesake. What makes these islands stand out from others like them, however, is their essence: their ability to embody the ideas of both escape and seclusion with which they are so often associated.

The small fishing villages, resting lazily by the dark azure of the sea, betray the relaxed living style of the tiny coastal world outside the busy modern fare of the mainland. With such an idealized landscape, these islands have often been selected as the setting for numerous films in Italian cinema. From the 1940s on, they have played a prominent role in film and have hosted some of the greatest directors, including the famous Taviani Brothers whose masterpiece “Kaos” was filmed at this majestic location.

Now, almost 30 years later, Giovanna Taviani returns to these same islands to tell their story in her documentary film “Fughe e approdi.” Giovanna is the daughter of Vittorio, one of the directors of “Kaos.” She was also an actress in the film, playing the role of a little girl. She grew up on one of the Aeolian Islands, namely Salina; therefore, the documentary is both a personal meditation about her home as well as a documentary of the island itself.

The Aeolian Islands have a rich history. At the turn of the twentieth century, 6000 of the 7000 inhabitants immigrated to the United States, fleeing the destruction of their vineyards by insects. Taviani’s father and uncle captured the essence of this time period in their film “Kaos,” which explored the life of a family living on the islands as two of their sons leave for America.

Now, Taviani is taking a new approach known as narrative documentary to tell a more intimate and realistic story of the islands. In the film a boatman and his red sailboat, which also played a role in “Kaos,” make an appearance in the film as the primary means of transportation both figuratively and literally, to ferry the audience from one island and time period to another. Along with Taviani’s own narration, which sets the tone for the film, the audience also sees and hears interviews with other islanders as they discuss and react to the islands’ history. The Aeolian Islands themselves, which serve not only as the setting but also as the main character of the film, are presented in all their beauty and grandeur that their impressive history bestows.

“Fughe e approdi” will be shown at Case Western Reserve University on Tuesday, Apr. 24 at 7 p.m. The film is 170 minutes long and was honored with the 2011 Best Film in Italy award. In addition, Taviani will be there for an after-screening talk with a question and answer session.

The film is a part of the fifth annual Italian Film Festival at Case, sponsored by Italian Film Festivals USA of St. Louis, the Italian Cultural Institute of Chicago, and the Magneti Marelli Corporation in collaboration with CWRU’s Italian Program and Film Society. Two other films have already been offered so far this year: “Matrimoni e altri disastri” on Apr. 3 and “Scialla!” on Apr. 5. All film screenings are free and open to the public. Their mission is to highlight the rich Italian filmmaking tradition, as well as unite the Italian-American community in the immediate University Circle area.

Whether Italian or not, viewing “Fughe e approdi,” a documentary about nostalgia and history, will make viewers eager to go back to their roots and embrace locations and cultures that have previously been forgotten.