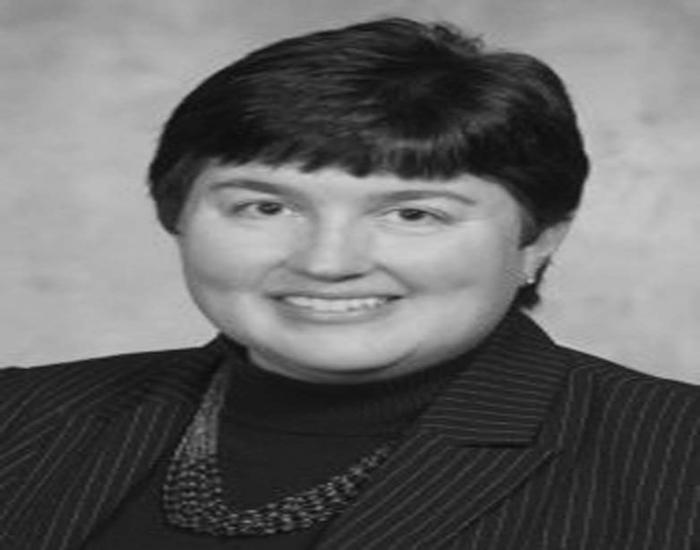 Case Western Reserve University pharmacology professor Dr. Amy Wilson-Delfosse has been CWRU’s top Relay For Life fundraiser for the last several years. Recently she was chosen to be Relay For Life’s Honorary Chair; she will speak at the Power of Purple celebration on Feb. 10 and participate in the opening ceremony and the Survivors’ Lap later in the semester.

I recently had the chance to talk with Dr. Wilson-Delfosse about her dynamic role in this year’s Relay For Life — on why she feels compelled to be an active leader every year, how her role as a CWRU pharmacology professor paved the way, and how certain individuals provided her with the inspiration to join Relay For Life’s fight against cancer.

Jenna Millemaci: How do you feel about being chosen to be this year’s Relay For Life Honorary Chair?

Amy Wilson-Delfosse: It’s really difficult for me to describe what it meant to be asked to serve as the honorary chair. I was just really stunned that they wanted me. It was a shock, and I really felt like it was an amazing privilege. I really put it up [there] with the most special honors I have ever received in my life.

JM: What compels you to lead this year’s Relay for Life efforts?

AWD: I don’t know that there was anything distinct about this year’s Relay, [but] my husband was diagnosed with cancer in 2007, and I think that really has made this site hit closest to home for me.  It was honestly the medical students [who] got me involved. The first Relay in 2008, my husband was in the middle of his chemotherapy, and Liz Kiracofe, one of our medical students at the time, was just incredibly instrumental in bringing Relay to the university.

She engaged me to try to bring more of the faculty into the event. Since the inception of the Relay, our medical students have worked really hard to help make the event a success. They got me involved with it and they had no idea that at home we were fighting a battle against cancer.

I think that first year was really, for me, sort of a very special year. My husband actually walked as a survivor with his chemotherapy infusion bag strapped to his shoulder. But now when he walks, he is much healthier and better doing it.

For me, this has become pretty much an annual commitment. Sometimes I feel like I just can’t do it, I’m just too busy with the rest of my job and my life. But it’s just not a choice – we have to do this. This is something that just has to be prioritized. I have to figure out how to do it, no matter how busy I am.

JM: How has your role as a pharmacology professor at CWRU played a part in your involvement with Relay For Life?

AWD: Going back to the medical students, when a student asks you to do something as a faculty member, it’s very difficult to say no. We’re very happy to help any student. I’ve just been really, really pleased at the level of support that I’ve gotten within the department of pharmacology in terms of recruiting team members. Students and faculty alike have really stepped up and have made our team successful.

JM: What are your goals for Relay For Life this year and your ambitions for the Power of Purple celebration?

AWD:  A significant goal for me this year is to share what I know about the importance of caregivers. That’s literally the theme for the Relay this year. This is one of the reasons I was selected, as having been a caregiver. I’m hoping that through my involvement as the honorary chair, that I can be supportive to people who have been caregivers and those who are not caregivers, and help them understand what that’s like.

A little over a year and a half ago, I lost one of my best friends to a rare form of cancer, and she was relatively young. That was really significant in my life last year when we did Relay, because we had just lost her less than a year before.  While I couldn’t be there with her, [I realized] people don’t just have a single caregiver. Spouses, children, all kinds of people can be caregivers. And I’ll probably be talking about this broader definition of the word on Friday [at the Power of Purple celebration].

[But] probably my more significant goal this year is to have the weather stay dry! Mother Nature will determine whether we get to stay dry this year.

JM: What kind of vision are you anticipating for the Survivors’ Lap later in the semester?

AWD: My vision for the Survivors’ Lap is to have a whole lot of purple shirts! The survivors wear purple shirts and I know the leadership for the Relay has been working really hard to increase the number of survivors to participate in that. It’s really a wonderful thing for survivors; they’re really the honored guests at the event.

It always strikes me that there are a lot of survivors here at [CWRU]. I don’t know how many of The Observer readers are cancer survivors, but many may be and you don’t even realize it. You are all living in a generation of survivors of childhood cancer.

JM: What is your favorite part about Relay for Life at CWRU?

AWD: The whole event is really a lot of fun, but I would have to say the highlight is the Luminary Ceremony. This is where they light candles for people… They put them all around the track and there’s a ceremony by all the people at the Relay [who] light those candles, and then they read the names of survivors and people being honored. You can actually purchase them in memory of people and in honor of people. It’s an absolutely beautiful ceremony and it’s very reflective of all the people who have passed and those who have survived.

I think the key is for a lot of people to be involved. I don’t think you need a few people who give or raise a lot of money. The power in this event comes from the breadth and the sheer number of people who participate. It’s really inspiring to see so many walking.