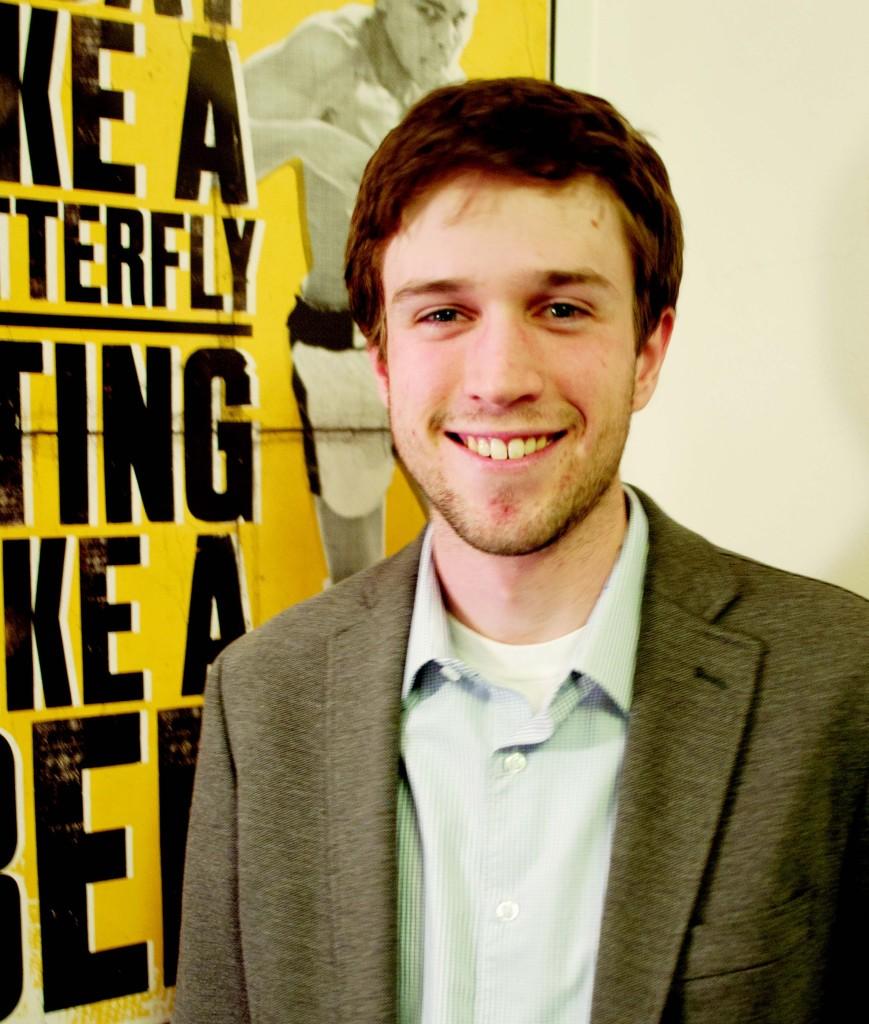 Two weeks ago, the Case Western Reserve University undergraduate student body elected James Hale as next year’s president of the Undergraduate Student Government (USG). Hale sees next year as a year for expansion and growth and emphasizes enhancing the internal functions of USG. The Observer recently had the opportunity to sit down with Hale to discuss his plan for the future and USG as a campus organization.

Greg Bokar: What made you decide to run for USG president?

James Hale: I got a lot of encouragement from Divya [Aggarwal, current USG President], but what made me decide to run and make it my priority is the internal focus of the job. I really care about the development of the representatives and how we are communicating with students versus how we work on projects.

Not that I do not care about these projects, but a better organization can better serve students and student groups. There are certainly some places that we are lacking now, and I hope to change my focus to the internal workings of the organization.

GB: You say that you want your focus to be internal development; do you have any specific plan on how to execute this plan?

JH: There are a lot of simple skills, like how do you manage a meeting or make an agenda, that we never formally present to the executive board, which I have seen through my role as a vice president.

As far as student groups, we have a lot where we can improve in customer service. Now, I feel like we focus so much on finance and rules, and we forget about supporting groups outside of money. Hopefully we can help with groups’ organizational development. Student groups do not necessarily get the assistance that USG gets unless they have a really good faculty advisor. I would like USG to be a resource in this.

GB: Many student group executives contest the current complexity of mass funding, and this is something that you mentioned during the election process as a key issue with USG. What is your perception of the program now, and how do you plan on stemming the complexity of the program?

JH: My first experience with mass funding was with the Student Golfers Association, and it was only because I knew the vice president of Finance that I was able to do it. There is very little information of how to go through the process, outside of talking to current members of USG.

The process is pretty complicated after a group gets recognized – which groups have to jump through a few hoops for. Then you go to mass funding, appeals, and executive co-sponsorships, and through all these steps we are being very nitpicky.

I think the first half is communicating what we want in all those processes. And then, I hope we can eliminate as many of the hoops as we can to get money. But I think we also owe groups more follow-up in saying, “Let us help you spend your money,” because these rollovers are getting bigger and bigger.

GB: How do you prevent USG from overstepping its boundaries as a governing organization, to prevent angering individual organizations?

GB: USG obviously receives a good degree of criticism from individual students and student organizations. How do you think students perceive USG, and would you like to change that as president?

JH: To be honest, I do not know how students perceive the organization. I remember as a freshman not realizing that USG actually does do stuff. Being an insider leaves me to really not know what people think, beyond responses we get from outlets like the feedback forum and what I get from talking to friends.

And, it is hard information to find out. We do get a lot of negative feedback…that we take and consider, but it is hard to get an accurate picture being a member of USG.

As far as improving it, I think we do owe students information on what we do and what we have accomplished, or even how we function. I believe a lot of that has to do with our website, which is not the best quality right now. I do see us getting a new website, I don’t know how quickly, but it is a priority. Perceptions are hard to break down, but with more information, I think we can.

GB: What is the best medium for students to contact USG to give feedback about your organization and the university as a whole?

JH: The best way for a lot of people in USG to see your thoughts is through the feedback forum, which can be accessed online. You can type in whatever you want as anonymous or not. The dozen members of the executive committee will see exactly what is typed in there and this is ideal.

Over the last semester, we did get a lot more positive and negative feedback via this forum, which was great. Getting more of that will help us better represent what students care about. There is nothing wrong with saying, “Hey, you guys really messed this up.” Because until someone does that, we don’t know what people’s perceptions are.

GB: What do you think are some of the most critical issues that you will face in the semester to come?

JH: The largest thing that USG will be involved with over the next several years is the new student center. I think it will continue to be a large issue for years to come. Other than that, recreational facilities for non-varsity athletes are a priority, which is something that started this year and will roll over into next year. Therefore, I think the recreational facilities will be our major short-term focus, and the university center will be our long-term focus.

GB: A critical issue with the school is divisions between the individual schools. As president, you are from the majority, engineers; how will you focus on bringing together the community?

JH: My experience has been different than the vast majority in that a lot of people have friends inside my major, while I have many friends from outside my major. One thing that I think USG does a good job with is the caucuses that each individual school has, but they all get shuffled into the committees. Through this process, we do get a lot of perspectives from each school. This process allows us to reduce and isolate issues based upon where an individual issue is coming from.

JH: When I was applying, what really drew me here is the single admission policy. After you are admitted, you can take classes in anything that you want to, and you can major in anything that you want. This is something that is not true for every school. Being someone who didn’t know what I wanted to do, I was drawn to the ability to have a multi-dimensional experience.

Other than that, our biggest marketing piece [remains] the current students as we continue to draw higher- and higher-quality students. The university has the increasing ability to market what students are doing while they are here and after they graduate, and as president of USG this is something that I want to continue to push. Education does not just happen in the classroom, and I want to market who you are going to classes with.