A conversation with Otto Penicka, voice of Spartan athletics 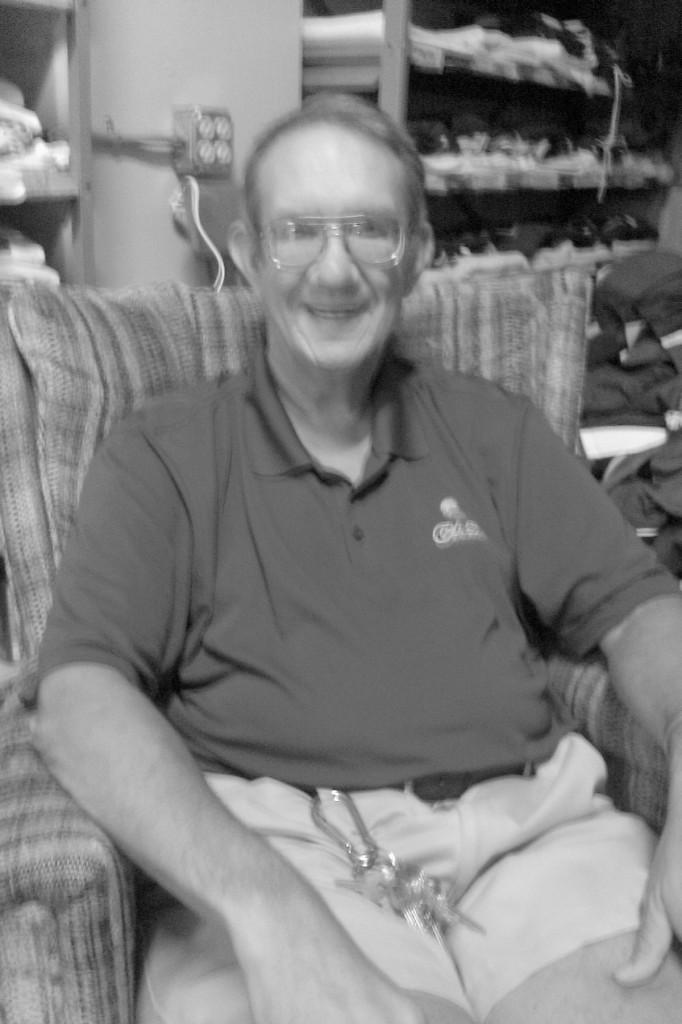 Looking forward to the Spartan’s quest for a fourth straight UAA title, The Observer sat down with the voice of Spartan athletics, Otto Penicka. Otto, who can be found roaming the halls of the Veale Center and overseeing the issue room, is the current announcer for Spartan football, track and field, wrestling and some basketball.

The Observer: So how long have you been announcing at CWRU?

Otto Penicka: I started working at Case in January of 1988. I didn’t start announcing when I had arrived, what happened was they did not have a basketball announcer the next year and they asked me if I could do it, not knowing that I had some previous experience. Then in September of 1990, I used to set up the football games and Dr. Hunter, the current athletic director, told me before the first football game that the person who was announcing couldn’t make it and asked if I could fill in and I said sure. I was told it was a one-time thing, but the next week when we had our meeting before the game I saw my name in the program as the announcer. I asked Dr. Hunter if I was doing it again this week and he said, “You’re it.” I never found out what happen to the other announcer, but I’ve been doing it ever since.

The Observer: What has been your biggest moment of announcing at CWRU?

Penicka: The most exciting moment for me would be calling the football playoffs. When I started we weren’t very good and now we can win the UAA. Of course there are all these rules and regulations that say you have to be neutral and can’t be the “hometown cheerleader.” Which is fine because I don’t like being the cheerleader, but of course inside I’m cheering for Case.

The Observer: What has been you worst moment during announcing?

Penicka: I enjoy what I do so I don’t think I’ve ever seen anything too terrible. We didn’t use to be very good, so it was tougher to keep an even keel. It was hard to keep that even keel when you’re losing 50-7 but now that we’re winning it seems like those days are behind us. The worst thing for me, personally, is when you see something like #36 carries the ball down the middle, but there’s no #36 on the roster. Whether it’s because of injury or a number change, everyone in the pressbox is looking for a name and you don’t always have an answer.

The Observer: How do you think things will workout for the football team this year?

Penicka: I have not seen anything. We’ve lost a lot of seniors, but I know that we’ll be competitive. I haven’t seen any of the new guys because that’s not part of my job, but I know the kids work very hard so I think that we’ll do pretty well. I would say that, looking at the schedule, we’ll do no worse than 8-2. I don’t know why the first game against John Carroll scares me but it does. We haven’t played them since 1988 and that was actually the first game I ever saw at Case.

The Observer: What other sports do you announce for?

Penicka: I used to do all of them at different points. I’ve announced for football, both soccer teams, men’s and women’s basketball, wrestling, the conference championship track meet. I’ve never done baseball or softball at Case but I’ve announced a high school game here last year, one of the state semi-finals. I’m an usher for the Lake County Captains and I’ve filled in for a couple games there when the usual person can’t make it. I lost soccer only because of a change in the job description but I would still do it if they asked me. Currently I’m announcing football, wrestling, outdoor track, and basketball sometimes if there’s a conflict. But everyone knows that I’ll do anything they need me too which is why I’ve announced nearly every sport here. I’ve even announced a fencing match back when it was a varsity sport.

The Observer: How long do you intend to continue announcing?

Penicka: Well I don’t plan on retiring anytime soon, but even I’d like to keep announcing even after I retire and keep doing the games and then be able to go home.