A different take on advanced technology 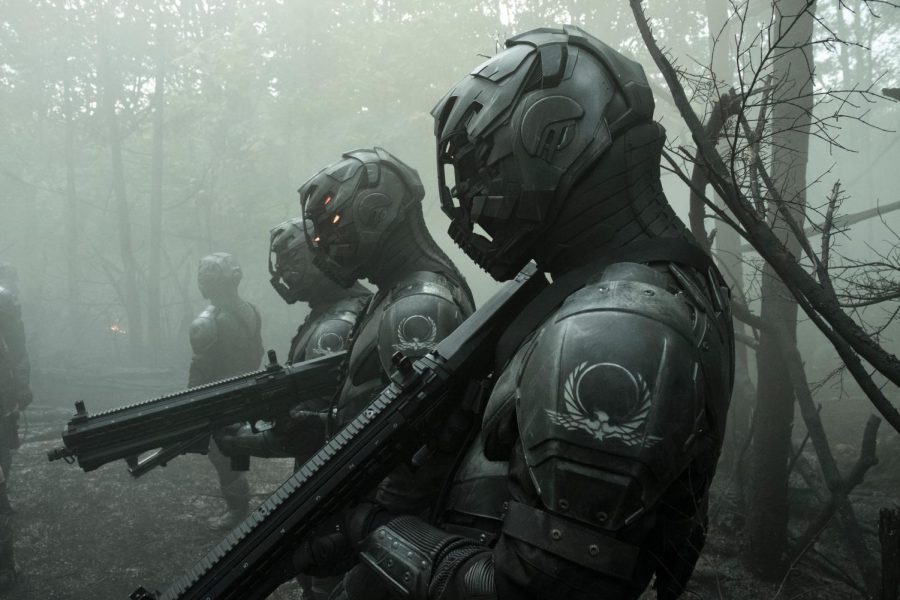 Netflix's new science fiction show, "Altered Carbon," is a new take on technology and long life. It premiered on Feb. 2.

The year is 2384. Humans have reverse-engineered alien technology to create “cortical stacks” that contain a person’s memories, making bodies interchangeable “sleeves” for any stack. In this system, the rich can afford to duplicate sleeves and effectively never die. The poor can end up in a sleeve of a different gender because that’s all they can afford, and some people choose to only live one life for religious reasons.

The story begins with a man named Takeshi Kovacs who wakes up after 250 years of being “down,” which means his stack was intact but he was not in a sleeve. Kovacs is last of a group known as the Envoys, people opposed to extended life with stacks. Kovacs was never supposed to be resleeved, but he was put into a new sleeve by Laurens Bancroft, a rich and powerful man who has a mystery he wants Kovacs to solve.

However, Kovacs has just been thrust into a new world, one that he actively fought against. While trying to exist in this new world, he pretends not to care about the people he recruits to help him. He struggles to face the reality that his fellow Envoys are dead (including his significant other) and he struggles with enduring life.

The concepts of enduring life and humanity are strong themes in “Altered Carbon.” The show forces the viewer to struggle with Kovacs and ask questions about the meaning of humanity. It differs from other shows based on advanced technology. Although ethics play into the technology, it seems more focused on how the technology affects our interpretation of humanity and the possibility that we can lose our humanity.

One of the main problems with the show is the way it deals with the technology of switching sleeves. Takeshi Kovacs is originally a Japanese man before he is resleeved by Bancroft. For the purposes of the plot, Kovacs gets resleeved in a white man. Although this decision relates to the plot, it seems like the show would have been better off if it had not been made.

Another thing that was bothersome, but less of an issue, was the use of non-English languages. Sometimes the use of other languages felt like it furthered character development, but other times it felt like the show just randomly decided to have one sentence in another language.

Overall, “Altered Carbon” was intriguing and like many shows about advanced technology, it forced the viewer to consider poignant questions about life and innovation. Although some casting and language decisions feel a bit off, the show is worth a watch.