A look into…Campus Canines for a Cure 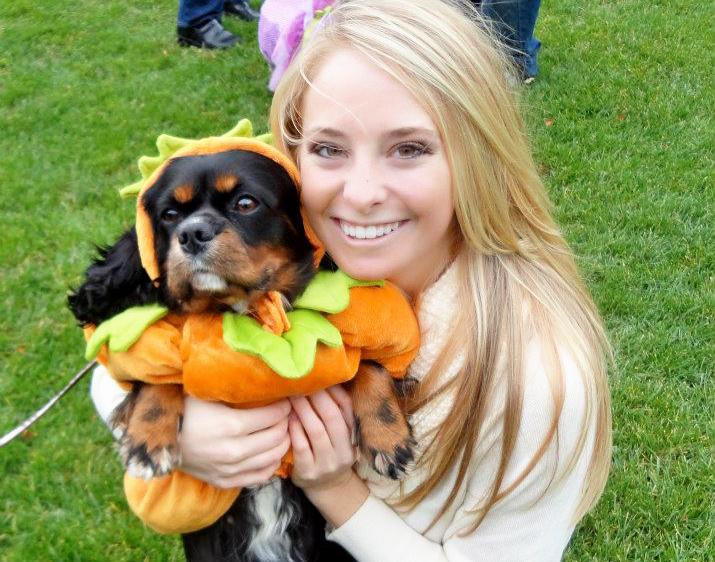 Rachel Giesey, a third-year undergraduate at Case Western Reserve University, is passionate about two things: finding a cure for cancer and dogs.

Giesey is the president of Campus Canines for a Cure (CCC), which was established in October of 2011. CCC is an undergraduate student organization that recognizes the benefits of allowing dogs to interact with community members on an urban campus environment.

Giesey first recognized the positive effect dogs could have at a busy university when she volunteered on the sixth floor of the Rainbow Babies and Children’s Hospital from the fall of 2010 to the spring of 2012.

“Rainbow Babies’ dogs really inspired me, because I saw how much they were helping the sick children,” she said, referencing the Pet Pals therapy dog program at University Hospitals (UH), “and I thought they could help the stressed out students at CWRU too.”

Dogs were once allowed on campus in CWRU’s recent history and some professors even brought their dogs to class, Giesey noted, before one student complaint led to a change in policy.

“It made me so happy to see all the students smiling,” she said, recalling when Pet Pals UH brought three of its therapy dogs to Freiberger Field for the 2011 Welcome Back Barbeque, marking CCC’s first event. “I think it’s good for both the students and the dogs.

Giesey says that many still mistake CCC as an organization rallying for a cure for canine illness, but all of the proceeds raised through its dog-themed events and fundraisers go to the Jimmy Valvano Foundation for Cancer Research.

“Right now, we’re just working on breaking down the dog restrictions on campus,” she said. Giesey has worked with the Undergraduate Student Government and supporting faculty members to loosen campus dog restrictions and allow therapy dogs to be on campus, not just service dogs.

CCC is currently working on establishing a “Rent a Puppy” program in the Kelvin Smith Library by the end of the spring 2013 semester, with hopes that students will be able to rent out a puppy for half-hour shifts in a designated room.

The idea for the program was originally inspired by the Yale University Law School, which launched a therapy dog rental program in March of 2011, according to the Yale Daily News.

Today, CCC uses Therapy Dog International in addition to Pet Pals UH when it brings dogs to campus for events, and CCC also serves as a liaison for the Residence Hall Association and the Murray Hill Community Council for student dog therapy events.

“Every event seems to be getting better,” Giesey said, when asked about her future aspirations for the club. “I think it has to do with getting more experience.”

Expect to see the therapy dogs appear again soon on the CWRU campus during this semester’s final exams and possibly at the spring Relay For Life.

CCC is an undergraduate student organization identified by the Student Leadership Journey Council as a service group with dedicated and focused leaders who keep their mission and purpose at the forefront of their minds with every event.