A move for a happier burger 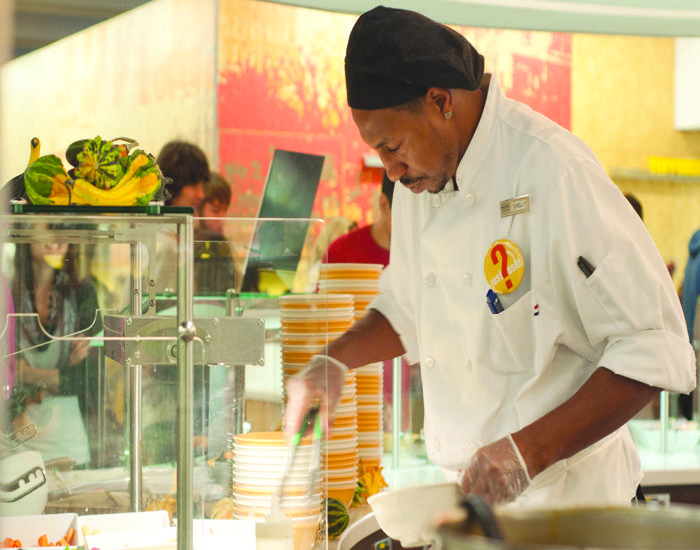 Beginning Sept. 1, Bon Appétit Management Company, Case Western Reserve University’s campus food service, will be striving for a happier burger. The idea is to use ground beef and poultry that have been obtained humanely and without antibiotics and artificial hormones.

The company wants to make sure as much of its meat adheres to the strict regulations of at least one of four groups, including the Humane Farm Animal Care, the Animal Welfare Approved, the Food Alliance, and the Global Animal Partnership. These groups promote animal care standards by handling the certification and labeling of poultry, dairy, and eggs.

The bold move makes Bon Appétit a pioneer in an industry that frequently does not take note of animal cruelty in food production.

In an effort to purchase from a better food source in the future, Bon Appétit will be getting their meat from a Colorado-based company called Meyer Natural Angus, a producer of hormone- and antibiotic-free poultry. The company has confirmed that HFAC has certified its meats to the new standards.

One of HFAC’s regulations requires that the lives of the cows must be traced from birth to slaughter. This is usually done electronically, using tracking software. In addition, the group also requires random searches of the farms. In fact, HFAC sporadically conducts inspections on the Meyer farms.

Bon Appétit has been advocating for a more humane meat supply and has set an ambitious goal to completely change its meat source by 2015. It has set this goal for all of its cafés, which are scattered across 32 states, including the CWRU dining halls.

Freshman Anjana Rao said, “I do not actually eat any beef, but I strongly support the initiative to maintain the well-being of cows.”

“It is nice to know that our university cares enough to support the company in doing the right thing,” he continued.

The company has already taken steps to make this goal a reality. They already have more than 400,000 pounds of meat that have been approved by one of the four groups. Now, since the certification is no longer optional, 800,000 more pounds of meat will also be approved.

The purpose of making this change is to endorse humane animal farming, with the overall goal that farmers strive to create a more humane industry.