A much needed end to midterms 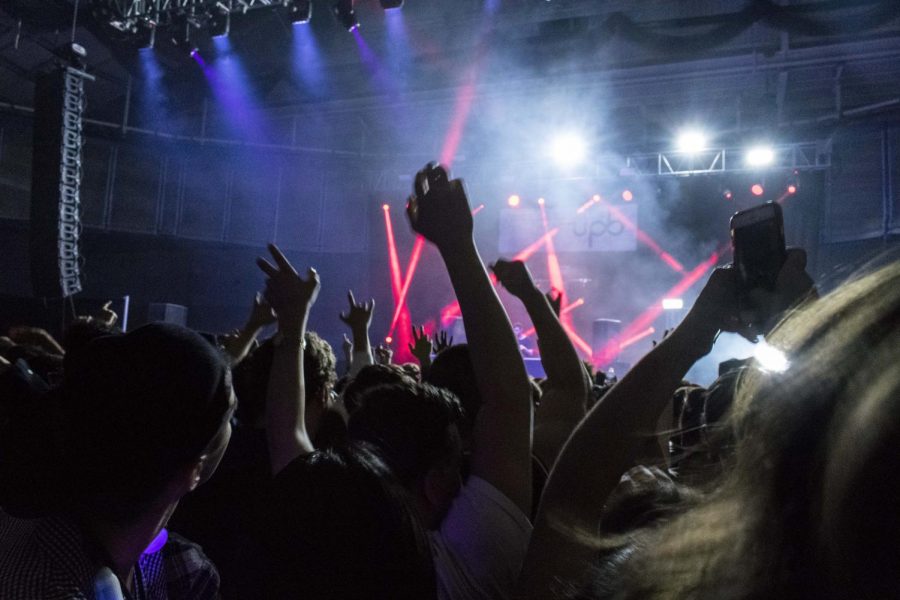 A$AP Ferg and 3Lau performed to a large crowd at UPB's Trick or Trap, this year's Fall Concert.

When midterms are winding down and the weekend of Halloween is upon the Case Western Reserve University campus, students are in desperate need of something fun to do, and the University Program Board (UPB) knows this too well.

Both artists connected with the crowd and had attendees—dressed in a get-up only appropriate once a year—loose and moving to the beat.

“A$AP Ferg was wild, charismatic and pumping,” said first-year student Asher Baer. “Everyone bonded over [the] mosh pits and thrilling beats. Even one of my friends’ moms started moshing. It was a blast and I knew it was going to be good, but I didn’t expect this good.”

Saturday evening, Oct. 28, saw a low of 38 degrees Fahrenheit—too chilly for spending the night out in-costume.

According to Zoë Nykaza, Director of Concerts for UPB, UPB attempted to focus on what their peers wanted in a concert but also what would be a good time even for those who don’t listen to the genre of the artists showcased.

Last spring, UPB surveyed students on what genre people were most interested in seeing. Rap and EDM were at the top; upon getting this information, planning immediately began.

The process of booking an artist on campus is lengthy and takes an extremely long time.

Nykaza said, “We started thinking about who we wanted to book in April of last year and then started the booking process in June.”

Through help from UPB advisor Matthew Knickman, “…The committee as a whole discussed which artists we wanted and then I reached out to agents to start the process.”

Booking a concert involves an incredible amount of communication between UPB members and agents.

“The process starts with us emailing the agent to see if they are available on our desired dates,” explained Nykaza. “If they are, we will send them a formal offer which the agent will then bring to the artists. All the details will be negotiated until the artist either declines the offer or accepts and signs a contract.”

Afterwards, they can begin the more logistical side of planning things such as venue, security, marketing and promotional materials.

From the beginning, the concert was very well-received. All plans made on campus were planned around the concert; as the date approached, it was all that was discussed. The enthusiasm is still in full force.

The UPB, also holds numerous smaller concerts offered throughout the year, and brings a comedian to campus in the spring. This is a long standing tradition on campus and there’s no plan on ending that any time soon.