A round of “appaws” for “Isle of Dogs” 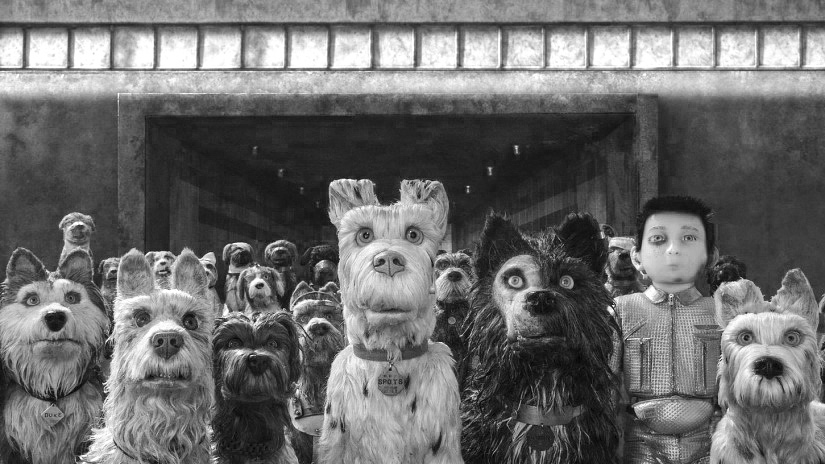 Wes Anderson is the master of symmetry.

Not only that, he is also a magician of quirky and inventive storytelling and world-building, from the dizzying, wondrous splendor of a hotel in “The Grand Budapest Hotel” to the scenic vistas and eye-popping woods of “Moonrise Kingdom.” Anderson is capable of making anything magical, including “Fantastic Mr. Fox,” which is possibly one of the best animated films ever made. It seemed as though it could not be topped, but “Isle of Dogs” not only does that, it also serves as a striking example as to why I love cinema.

“Isle of Dogs” is initially set in the dystopian land of Megasaki City in Uni Prefecture.  The new mayor of Megasaki City, Kobayashi (Kunichi Nomura), decides to sign an executive order to move the entire island’s canine population to the nearby Trash Island in the name of preventing disease. Kobayashi personally sends off the first to the Island, his nephew Atari’s (Koyu Rankin) dog, and all the dogs are sent away. Months later, a forlorn Atari steals a jet in order to go to Trash Island to find his dog Spots, through the reluctant help of other dogs, specifically Chief (Bryan Cranston), Rex (Edward Norton), King (Bob Balaban), Boss (Bill Murray), Duke (Jeff Goldblum) and Nutmeg (Scarlett Johansson).

With a fantastic soundtrack by Alexandre Desplat introducing you to a beautifully crafted world, you know you are in for a wondrous ride. All the intricate details in the buildings, transportation and character design are obvious; everything looks and seems so marvelous and continues to stay that way, even down to the subtler and quieter moments of the film.

Much respect goes out to not only Wes Anderson, but to all the animators, prop and set designers and production heads who aided him in crafting a wholly believable world down to the tiniest details. Even the Island’s trash pieces stand out from each other.

There is a degree of love and care in this film that you rarely see in other animated films, and even in live-action ones.

The voice acting is enjoyable, as every single actor gives it their all to voicing their characters and no one ever seems to be miscast in their given roles. The idea to translate the Japanese characters’ dialogue through the use of in-film interpreters and machinery rather than subtitles was also a nice touch that hopefully does not dissuade some audiences. The film is still quite easy to follow without English subtitles for most of the film.

The creative ingenuity of the film’s story and setting is also a master stroke, as it all fits together perfectly, with gorgeous cinematography, captivating and humorous writing and a deadpan sense of wittiness all being present. He also provides an endearing and magnetic look at the beauty of the relationship between not just a boy and his dog(s), but of how dogs are always to be counted on for companionship.

Beautifully told, marvelously crafted and uplifted even more with an endearing message, Wes Anderson and company have crafted yet another masterpiece, and the best film of 2018 so far.