A tribute to Kobe Bryant 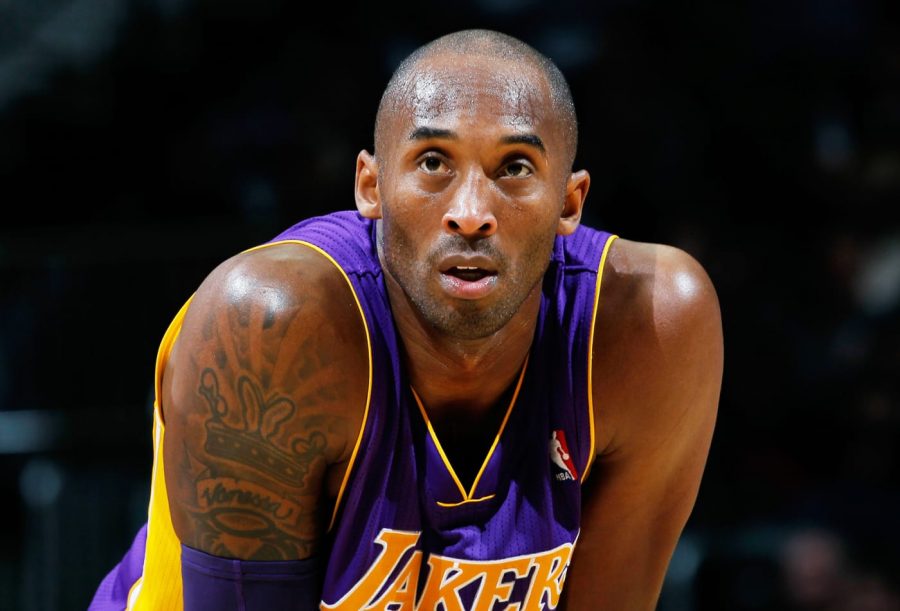 On Jan. 26, the world lost an icon in Kobe Bryant, who died in a helicopter crash in Calabasas, California. Bryant was among the nine people killed in the helicopter crash; his daughter Gianna Maria Onore Bryant, 13, was also there with him. Bryant and another family were en route to their daughters’ basketball games before the helicopter crashed into the mountains.

I first started watching basketball when I was eight, and the first team I watched was the Los Angeles Lakers. I loved watching as Kobe got the ball and went to work against whoever was guarding him. No matter who it was, it seemed like Kobe would always find a way to make a play to help his team put more points on the board. Against the Boston Celtics in the 2010 NBA Finals, Kobe took over again and won his fifth NBA title and the NBA Finals MVP award for the second year in a row. If there was a game that I couldn’t watch, I’d ask my dad, “Who won? How did Kobe play?” I would hear about all the crazy shots he made, then I’d grab a basketball and try making them myself, but I never could.

After the 2010 NBA Finals series, the Lakers were not as good of a team, and Kobe dealt with many injuries in the following years. Regardless, there would still be stories about Kobe highlighting his work ethic, or how fierce a competitor he was, which showed why he deserved his nickname, the “Black Mamba.” One such famous Kobe story that really showed the strength and drive he had, his “Mamba Mentality,” was when he tore his Achilles. Many athletes suffer from this injury, but only a few would have handled it the way Bryant did. After tearing it, Kobe got up with the help of his teammates, calmly walked over to the free throw line, and drilled two free throws before checking out. His inner strength and drive inspires many, and this incident was just one example of the many that made Kobe who he is.

It seems like just yesterday that it was Kobe’s last game against the Utah Jazz, when he scored 60 points. In actuality, the game took place on April 13, 2016, after a season-long pre-retirement tour across the league. All eyes were on Bryant, and as I watched the game it became more and more apparent that Bryant was leaving every last ounce of himself on that court for one last time. In the final timeout of the game everyone could tell Kobe was exhausted, but he pushed through and delivered a masterclass 60-point performance that seemed to be the only fitting way to end his illustrious career. In a speech after the game, he thanked everyone who had supported him, including his family, coaches, teammates and fans, and signed off with the iconic words “Mamba Out.”

Even though Kobe had left the court, he still pushed himself to do new things and cement his legacy off the court. Kobe got into storytelling and film, leading to one of his most iconic off-court accomplishments, his short animated film “Dear Basketball,” which won an Oscar for Best Animated Short Film. He wrote a book, The Mamba Mentality: How I Play, in which he talked about basketball from his own perspective. It showed how he saw the game and what went on behind the scenes throughout his career, highlighting all the hard work he had put in. When his daughter Gianna started getting into basketball, Kobe came back onto the court as her teacher. Gianna planned to play for the University of Connecticut, one of the best women’s basketball programs in the country. Even though Kobe had bowed out of playing on the court, he still had so much to give off of it.

All this news still doesn’t feel real, and maybe it’s because of how big of a person Kobe was. This wasn’t supposed to be how things ended for him, or his daughter Gianna, who many thought would carry on his legacy on the court, or any of those people in the crash. Kobe united so many people through the game of basketball and inspired many through his insane work ethic and drive for success. Even though Kobe may not be with us anymore, he will never be forgotten, and the impact he has had on basketball will remain immortal. May the Black Mamba rest in peace.