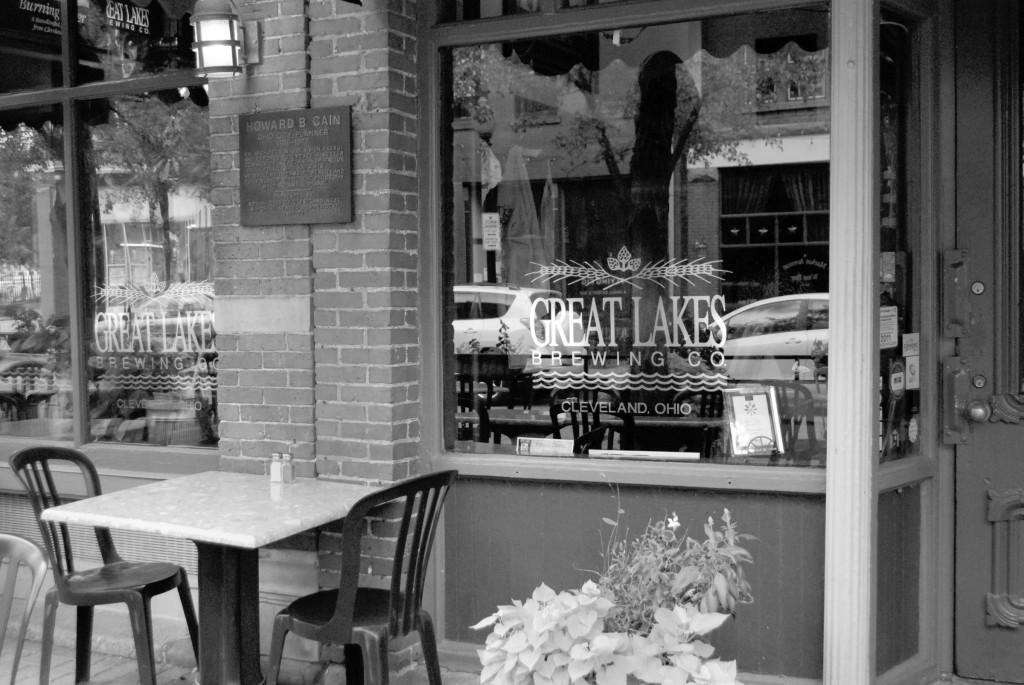 One of Cleveland’s oldest, historic neighborhoods, Ohio City, lies west of the Cuyahoga River from downtown. While university students may be familiar with the downtown area, few have taken the leap across the river (or more efficiently, the ride on the RTA) to experience the neighborhood steeped in culture and tradition.

“The neighborhood has the most complete and impressive collection of Victorian-era homes in Cleveland, and that is what drew many people back towards its reinvestment in the 1970’s,” Verespej said.

CWRU Senior Jasmine Jordan visited Ohio City as one of the Center for Civic Engagement and Learning’s Civic Engagement Fellows this past summer. She remarked, “Although I am from Cleveland [proper], I did enjoy learning about the rich history of Ohio City. She also took notice of the neighborhood’s diversity – “I am not just speaking about diversity along racial and ethnic lines, but diversity among the types of housing properties.” With over fifteen ethnic groups representing over 9,000 people, the neighborhood has a lot to offer residents and visitors – especially those interested in diversity, history, and unique shops, restaurants, and nightspots.

Verespej elaborates on Ohio City’s most exciting features that most certainly warrant anyone’s visit: “It’s a complete place. Its most well-known attraction is the West Side Market, named one of the top 10 public spaces in America for 2008 and the number one food lovers market by the Food Network. Truly a sight to behold – culturally, gastronomically, and architecturally – especially on Saturdays, where you are likely to hear many languages and see food from all cultures, as it attracts over 1-million people per year.”

On the topic of food and drink, fans of the Great Lakes Brewing Company are not strangers to the neighborhood. As the 23rd largest brewery in the United States, and Ohio’s first and most-award winning microbrewery, GLBC is dedicated to serving world-class beers, and more importantly for many, employing what the company calls the “Triple Bottom Line” – a commitment to engage in economic, social and environmental practices that achieve a sustainable, yet profitable, business.

Another restaurant, Momocho, is a modern-Mexican restaurant that has also been featured on Food Network program, Diners, Drive-ins and Dives. The neighborhood’s delicious food and drink repertoire does not end with the nationally known West Side Market and the Great Lakes Brewing Company, but continues with a plethora of delightful restaurants and eateries all around the neighborhood.

Excited about the local food, Verespej shared information about Ohio City’s other food ventures: “In addition to many restaurants that serve local food, such as ABC the Tavern, Bar Cento, GLBC, Flying Fig, Souper Market, et cetera, we have many community gardens where our residents grow food for their families and some that grow to sell commercially. Kentucky Gardens is one of the oldest and largest community gardens in Cleveland, and numerous CWRU staff members have plots there. What is most exciting, though, is the Ohio City Farm. This six-acre plot is the largest contiguous urban farm in the country and has been receiving national press. In its first season, it grew over 100 different heirloom varieties of vegetables and through a unique partnership has provided local produce for restaurants and work for refugees who have recently relocated to Cleveland.”

A variety of activities take place in Ohio City throughout the year, including “Weekend in Ohio City” – one of the premiere ‘home tours’ in Cleveland that has been going on for over twenty years and attracts thousands of people every May. An annual Christmas Walk takes place in December, and the “Open Air in Market Square” – a bazaar with music and vendors, happens every summer Saturday across the street from the West Side Market.

CWRU students should take advantage of what Ohio City has to offer all who drop in for weekend or choose to stay for a lifetime. The area is deceivingly accessible as well; a trip on the rapid’s Red Line, letting off at West 25th St. puts riders right across the street from West Side Market. Ohio City’s dedication to historical preservation, urban farming, local produce, unique markets and restaurants and to providing a welcome to all ethnicities and refugees is certainly reason enough for potential residents, students, and visitors to check out the neighborhood.