A typical night at ABC the Tavern 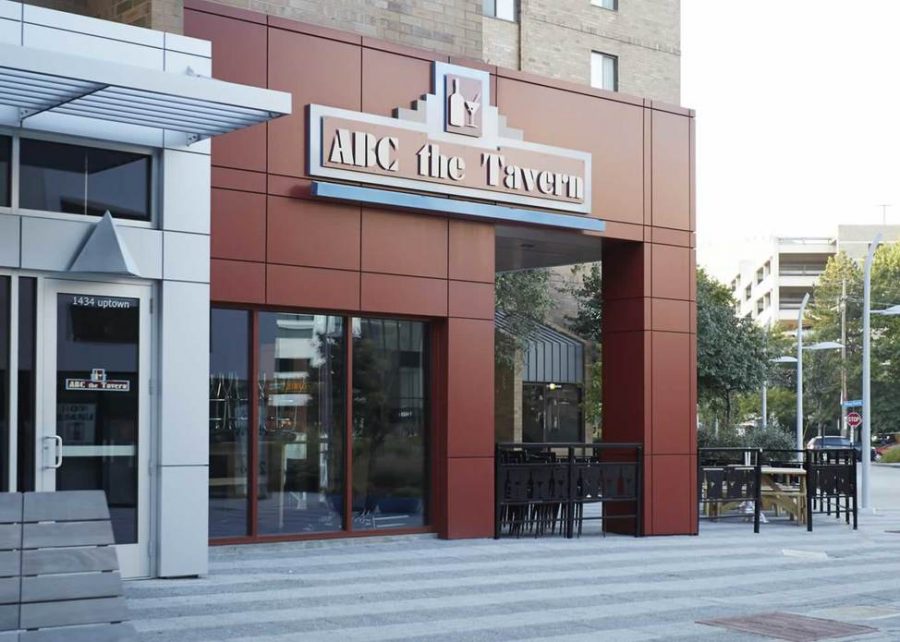 Although ABC the Tavern is not the only bar in University Circle, it is a safe go-to, in the heart of Uptown.

There’s a certain aesthetic that comes with going into 11434 Uptown Ave., also known as ABC the Tavern, a popular late-night bar where all the cool kids go. Rather, where all the kids who think they’re cool go to be hip, have fun and drink. At ABC, the lights go up strictly at 1:45 a.m. and Nick, the tattooed bartender, gives you your 15-minute warning to get out, but with a smile.

You’re cool because you’re at a dive bar, but you’re also wearing a vintage graphic tee from Urban Outfitters that you bought for eight times the actual value. Or, you drunkenly stagger in and plop a squat at the bar wearing a Santa costume, when it isn’t even Halloween, but no one asks questions because it’s a no judgement type of establishment.

See, the thing about ABC is that you never expect to end up there, but, somehow, you find yourself both starting and ending the night there.

Upon arrival, it may seem that the setting is too dark to see your date, who’s sitting right next to you at the bar. But, it’s also simultaneously too bright, with all of the different fluorescent neon signs highlighting all that Cleveland has to offer, such as the bright yellow, white and blue Great Lakes Brewery sign hanging above the fridge that’s filled with Ohio’s favorite alcoholic beverage, White Claw Hard Seltzer.

However, don’t let the abundance of alcohol choices that are displayed across the back wall and along the sub-zero fridge scare you away from a dining experience like this one. ABC is still the best place to meet all of your casual bar drinking and eating needs, especially if you’re over the age of 21 after 9 p.m. on any given night of the week. But honestly, who even begins drinking before 9 p.m. on a given day?

I have. Different time. Wild story. Same ol’ ABC to provide the ways and means.

Time to get down to the nitty gritty of this establishment. What really brings the people to the yard, well, in this case, the patio (but only in the summer months, which can range from early March to late November, depending on how the weather feels)?

If there are two things that ABC has to offer that stand out above the rest, it’s that it has variety and pizzazz that’s unique to its four walls in Uptown. The variety comes mostly from all of the different types of drinks that they offer. Although it may seem like every bar across town owns and offers every type of alcohol there is, this is not true. What they lack in Malibu Oranges (the liquor choice of first-years everywhere), they make up for in creativity. The seasoned bartenders are always at the ready and willing to make up any cocktail you request. If they don’t have the exact ingredients for the drink you’re looking for, they never fail to offer up suggestions and try to make something as close to the original as possible.

If you’re looking for a show with an extra sprinkle of pizzazz—say, the juggling of cocktail shakers or lighting your drink on fire—this is most likely not the bar for you. However, if you’re looking for good conversation and someone to check in with you while you’re on a date to see if everything’s alright, Nick is your guy.

Nick’s the trendy yet laid back cool guy in his mid-to-late 20s who sports an arm tattoo, mixes your drink and simultaneously asks about how your day went and if you want another round.

If your empty stomach and appetite for upper-middle quality bar food at student prices brought you over to ABC, then have no fear, they have a wide range of options of finger foods that you can choose from and share with your friends.

The most popular dish would have to be the fried calamari. The seasoned and crispy battered squid wasn’t just sitting in front of me and my date, but in front of three to four other guests. Among them, they also had Jamaican Jerk nachos and a hot and salted basket of fries, which somehow happened to pair just right with the sweet yet bitter taste of the Jack and Coke they’d ordered.

At this point in the night, after eating and drinking your fill, you’re feeling mellowed out. You’re falling into your motherly instincts. These traits and tendencies include asking if your date is doing okay, even though you’re about one sip away from being one drink in too deep, but you haven’t quite hit the point of no return, yet.

As the evening begins to wind down, you know you’ve reached your peak, but want one more drink for the road to close out the night and your tab. So, you raise your hand and wait the allotted three minutes for Nick, the only bartender you actually know by name, to come over and happily take your order.

Your signature drink. The crème de la crème of drinks to your sophisticated palate. Two sips in and you realize the one thing that ABC is not—consistent, especially when it comes to their ratios of vodka to lemonade. Some nights, you think you’re drinking sparkling water. Other nights, straight vodka. Tonight, it was the latter.

You look up at the clock. Suddenly it’s 1:45 a.m., Nick’s giving his last warning for the night and flips the lights on. Lucky you! You finally get to see your date’s face in all its glory (honestly, questionable) and have survived the night without being robbed at the bar. (This is thanks to ABC’s affordable prices and the bartender’s vigilant eyes, making sure that patrons don’t get pan-handled at the bar, which can happen, but not often.).

Life comes at you fast.

With one final glance over your shoulder, you vibe check with the girl to your left, already planning your next trip to ABC.