“A Very Murray Christmas” is a jumbled, but enjoyable special 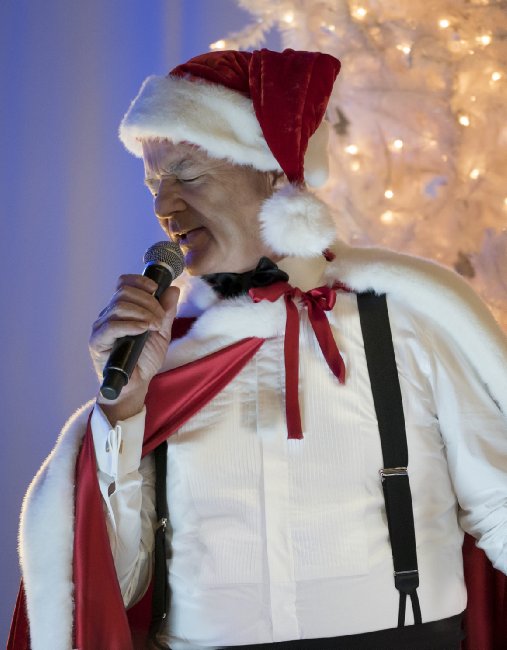 In the spirit of Christmas once again, Bill Murray plans out to commit to entertaining you, this time in the comfort of your own home with his first Netflix special, albeit with some hiccups along the way on this rather enjoyable train.

“A Very Murray Christmas” follows a semi-fictionalized version of Bill Murray, who has been tasked by his producers (Amy Poehler and Julie White) to commit to a Christmas special, albeit during the worst winter that the Eastern seaboard has ever experienced. Initially, Murray finds himself in a bender, as all of his major guests have called off due to a blizzard hitting New York City, where Murray is filming his special at the Carlyle Hotel.

At first weeping and disappointed by his special’s failure, Murray soon finds himself running into other celebrities, from Chris Rock to George Clooney, who decide to help him out as best they can with making sure the night does not go to waste and to have a strong Christmas special.

Now, the special does start of nicely, albeit roughly, with Murray’s performance of “Christmas Blues” with his friend, Paul Shaffer (as himself), and a brief, although odd cameo with Michael Cera acting as a snooty manager. From there on in, the special gets elevated due to Murray’s masterful comic timing and how we manages to work with the other actors either playing themselves or otherwise.

Songs are performed well, especially with Maya Rudolph’s rendition of “Christmas (Baby Please Come Home),” which almost steals the show for a while, until George Clooney’s ridiculous and wonderful backup singing to Murray’s performance of “Santa Claus Wants Some Lovin.”

Some of the writing is stiff, and there is a very simple story here, although thankfully the special is only an hour long, so it never stretches it thin, although it came dangerously close to doing that. Overall, the special, directed by Sofia Coppola, is jumbled and inconsistent, but it cruises along with the actors, some of the comedy, and most of the songs being performed. It does deserve a watch, although with some lower expectations, especially those who really love Bill Murray.