A visual, storytelling treat of a dystopian future 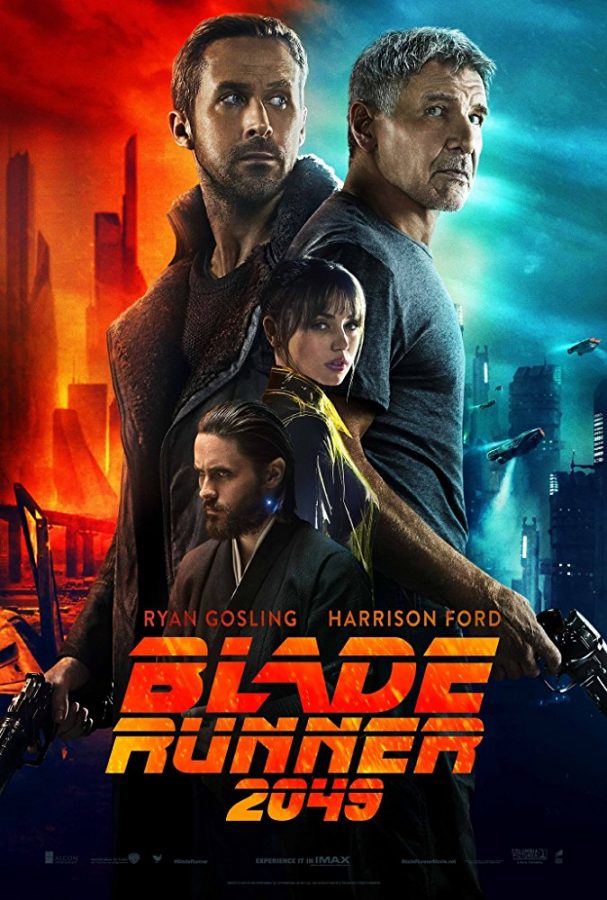 Thirty-five years have passed since the release of the original 1982 Ridley Scott film, “Blade Runner,” which was initially met with mixed reactions due to its cuts, pacing and lack of action. However, it is now regarded as a classic in the science fiction genre.

Now acclaimed director Denis Villeneuve, who has proven himself a trustworthy auteur through films like “Enemy,” “Sicario” and last year’s phenomenal “Arrival,” leaves his own mark with a sequel to the classic, providing audiences with a truly spectacular feast for the eyes.

Set 30 years after the events of the original, “Blade Runner 2049” follows Los Angeles Police Department Officer K (Ryan Gosling), a “blade runner”—someone tasked with “retiring” rogue bioengineered humans known as “replicants”—as he embarks on an investigation involving former Blade Runner Rick Deckard (Harrison Ford) that will make or break the nature of their dystopian world. To reveal any more would spoil the grandeur and mystery of the film and its story, told with deliberate pacing that neither lags nor feels rushed.

This is the most visually impressive film that I have ever seen in my life; Villeneuve and cinematographer Roger Deakins are truly at the top of their games as they present us with a spectacular tour de force of beautiful dystopia, dominated by technology and neon, yet oozing with despair and darkness.  Massive advertisements and skyscrapers loom over the people of Los Angeles, with the brilliant production design and art direction departments bringing this world to life just as vividly as it would have looked in 1982.

Though subdued due to creative reasons, the performances are all very impressive, especially those by Gosling, Ford, Ana de Armas as K’s girlfriend, Joi and the truly menacing Sylvia Hoeks as the deadly Luv, enforcer to replicant designer and manufacturer Niander Wallace (Jared Leto). Leto does as well as he can with the strong material and his limited screen time, as does Dave Bautista as Sapper Morton, proving their acting abilities are underrated.

Once a screenwriter for the original film, Hampton Francher returned for this sequel and was joined by Michael Green. Together they created a complex narrative, with existential questions and theories being posited by the main characters in a very natural, simple way.  While the music by Hans Zimmer and Benjamin Wallfisch doesn’t reach the synth heights of Vangelis’s original score in the 1982 film, it still does a wonderful job eliciting wonder and urgency.

Much like the original, the special effects in this film are extraordinary, with this film likely to stand the test of time just as well as the original has, which still looks fantastic to this day. In spite of its long length of 2 hours and 43 minutes, the film never lags and will continue to engross viewers with its visual splendor and gripping, booming soundtrack.

Villeneuve has created a truly wonderful film with all the tools given to him, a visual masterpiece and science fiction extravaganza that will be spoken of years from now as a classic. Not only has he directed a strong sequel, but he has also created a film that may be even better than the original.

“Blade Runner 2049” is the reason why people watch and make films, and films like this one inspire and spark the creative fire for the better.