A voice for equality 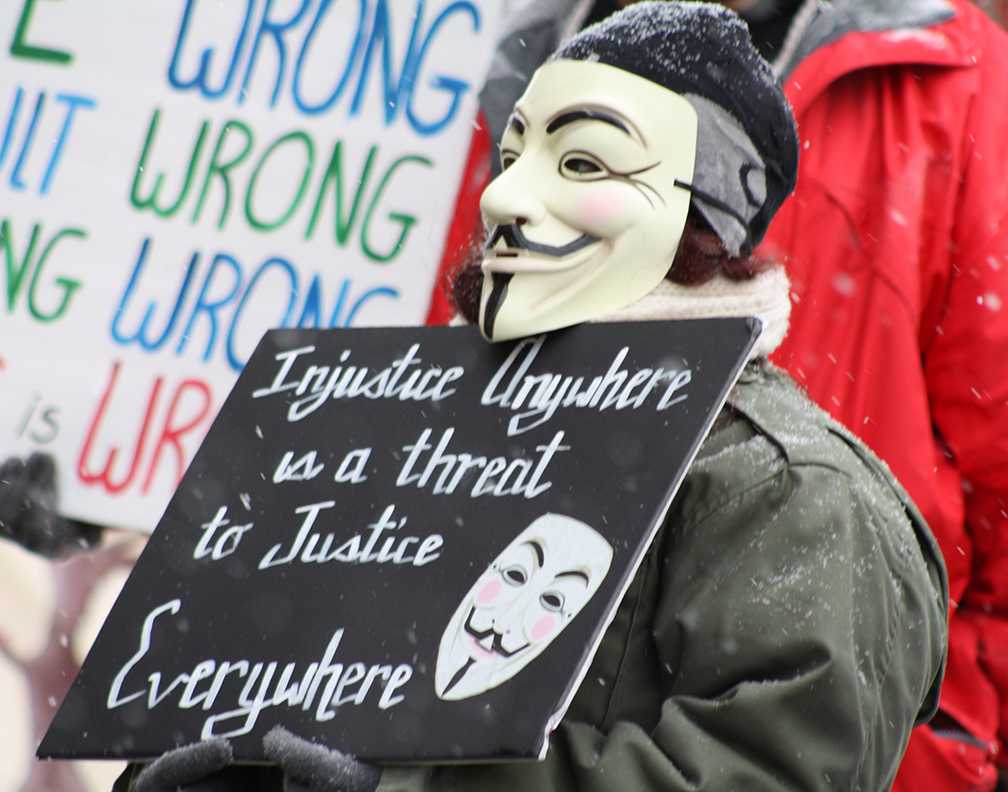 Rape is wrong. This statement is always a fact.

Almost six months ago, a 16-year old Jane Doe from West Virginia became the victim of terrible crime. Two 16-year old members the high school football team in Steubenville, Ohio—a small-town located about 40 miles west of Pittsburgh—were arrested and charged for raping her and urinating on her while she was unconscious. Some reports indicate she was unconscious because of too much alcohol, but others claim she was drugged.

The victim was unaware of what occurred that night but learned over the next couple of days through social media. Posts, photos, and videos on Twitter, Instagram, and YouTube revealed the horrific events.

Once word spread through the town and national media of this case, the alleged rapists have received support and defense from their coach and several members of the town. Others have not understood how anyone could defend anything that happened on that night. Between calling themselves the “Rape Crew” to stating “some people deserved to be peed on” to claiming “I have no sympathy for whores”, those involved clearly displayed disgusting behavior.

Some still say she is lying.

For several months after this explosion of wrongdoing occurred, some police officials and other influential town members have done their best to keep the incident away from anyone’s attention. Many people blamed the girl or have encouraged her to drop the charges. But many, many more people all around the world stand behind the Jane Doe in this warped mess of terrorism, sexism, and corruption.

Last Saturday, I attended the final protest of Steubenville’s Rape Crew in front of their courthouse. Though less populated and significantly colder than the first two, everyone still proudly held their signs and spoke words of encouragement for Jane Doe and other sexual assault victims. Two posters read: “I love Steubenville, I just hate rapists” and “Injustice anywhere is a threat to justice everywhere”.

Besides the fact that my blood always boils after hearing stories of sexual violence, this one takes me back to those awful high school years filled of small-town scandals that end well for the bad guys.

How can there be teenagers who participate in such disgraceful behavior such as this? Where were everyone’s morals while the two boys carried her limp body across town? Why is she just one example of the millions who have been victimized by the despicable acts of rapists?

I must note that this case still awaits trial, and therefore everything has not been proven. I strongly encourage everyone to learn more about this case than what I provide here. However, since this is an Opinion Column, I make it very clear that I stand with Jane Doe.

Regardless of the given circumstances, Steubenville is still home to many virtuous men, women, teenagers, and children who by no means should be connected to the disgusting actions of these “alleged” savages. The rest of the football players shouldn’t share the same shame as their uncivilized teammates. Those who planned, executed, conspired, and hid the actions are the ones deserving of condemnation. The rage this case creates should not blind us but empower us.

Sexual abuse and violence (should) have nothing to do with partisanship. Preventing your mother, sister, daughter, girlfriend, or even your brother from experiencing one of the most inhumane acts of terror is something we all need to strive to reach.

We need a culture that strongly despises rapists, encourages its victims to speak out, and respects them for doing so. Dwelling on the miniscule chance that the victim lied about the attack should never dictate the discourse of this subject. That hypothetical is far from the reality.

Here is the reality, according to the Rape, Abuse & Incest National Network, 80% of rape victims are under 30, someone is sexually assaulted in the U.S. every 2 minutes, 54% of sexual assaults are not reported to police, and 97% of rapists never spend a day in jail.

Ellen is a Political Science and English major. She intends to change the world for the better. If that doesn’t work, then she wants to travel the globe visiting castles.