A wild offseason for the NFL 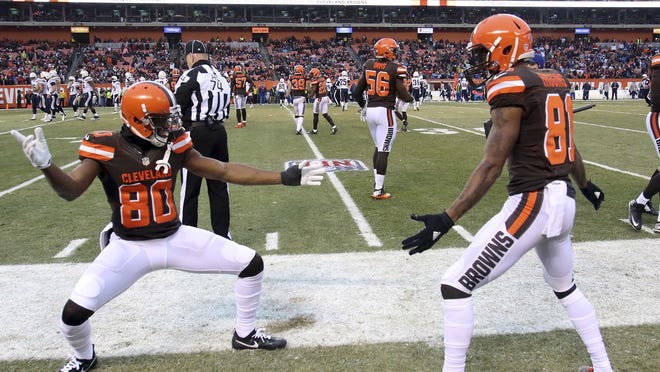 As you celebrate the beginning of the NFL season, take a moment to look back on the league's unusual offseason.

Tom Brady is on a new team for the first time in his 20-year career. Super Bowl MVP Patrick Mahomes inked a 10-year contract worth over $500 million. Washington abandoned a controversial team name in favor of … no team name at all?Coutesy of AP

Perhaps the most enthralling part of the free agency period was the unexpected 4-way quarterback switch that caught everyone off guard. After 20 years, New England Patriots legend Tom Brady left the team where he began his NFL career, setting countless records and winning 6 Super Bowls along the way. There was much speculation about the cause of this shocking decision, specifically regarding his relationship with Patriots head coach Bill Belichick.

However, both members of this duo—hailed as the greatest quarterback-head coach pairing of all time—have maintained a high level of respect for one another in the media. When Tom Brady announced that he had joined the Tampa Bay Buccaneers, many suspected that it was primarily due to the Bucs’ offensive talent, warm-weather location and ability to pay Brady more than what the Patriots had.

But why did the Bucs need a QB in the first place? Well, despite the rest of their offense looking deadly, they had a problem at quarterback. Jameis Winston, drafted first overall by the Bucs in 2015, infamously led the league in pass interceptions for 2019. For all of Winston’s redeeming qualities, especially his mobility and arm strength, his 30 interceptions in 16 games were simply too many for the rest of the team to compensate for on their ends.

The Bucs finished their 2019 campaign with a record of 7-9, with six of those nine losses coming within seven points. The Bucs organization likely felt that adding Tom Brady, a quarterback who has historically turned the ball over significantly less, would be serviceable enough for the rest of the roster to succeed, despite his lack of mobility and arm strength at the age of 43.

Shortly thereafter, Jameis Winston signed with the Bucs’ division rival, the New Orleans Saints. The Saints also have one of the most talented rosters in the NFL and were in the market for a QB. Though already led by future hall-of-fame quarterback Drew Brees, the Saints picked up Winston to serve as a backup, seeing as how Brees is 41.

The Saints’ backup QB from last season, Teddy Bridgewater, filled in for an injured Brees for five games in 2019, winning all five. Having proven himself as a bonafide QB1, Bridgewater left the Saints in the offseason to take over the role for the Carolina Panthers. The Panthers struggled at QB in 2019 after releasing the injury-prone Cam Newton, a former first-overall pick and MVP, who had spent his entire nine-year career with the Panthers, just two games into the season. Newton ended up rounding out this game of roster musical chairs when he filled the vacant QB spot in New England, bringing a new face to the Patriots’ quarterback position for the first time since 2001.

The trade block was also hot this offseason, with several high-profile players leaving their long-time homes. Houston Texans’ star receiver DeAndre Hopkins, who famously posted a stat line of 0 drops and 115 catches in 2018, was traded away to the Arizona Cardinals for what felt like peanuts. The Texans’ first round draft pick in 2013, considered by many to be a top three receiver in the league, was shipped to Arizona in exchange for David Johnson, who hasn’t appeared in the Pro Bowl since 2016.

The New York Jets also made headlines with a blockbuster trade, sending their 2017 first-round draft pick, Jamal Adams, to the Seattle Seahawks after the two-time Pro Bowl safety voiced frustration with the team’s losing culture and demanded a trade.

Finally, after a year of retirement, Patriots legend Rob Gronkowski decided to unretire on the condition that the Patriots would trade him to the Buccaneers to join Brady, who had been the star tight-end’s quarterback for his entire nine-year career.

Many other noteworthy players were shopped this offseason, and sadly many star players also ended their careers. Big names like the Los Angeles Chargers’ Antonio Gates, New York Giants’ Eli Manning and Panthers’ Luke Kuechly all called it a career, much to the sadness of fans across the league.

In addition to all of this player movement, fans were also treated to some landmark moments. Kansas City Chiefs star quarterback Patrick Mahomes signed the largest contract in NFL history, just months after winning the Super Bowl. Including contract incentives, the reigning super bowl MVP can make up to $503 million over the next 10 years.

Mahomes’ mentor also took a big step forward this offseason. Washington Football Team quarterback Alex Smith, who started for the Chiefs during Mahomes’ rookie season, suffered a gruesome leg injury in the 2018 season that cost him the season and nearly his life. Yet against all odds, the 36 year-old, who was told he’d never walk again, is officially cleared to return to the NFL, inspiring fans everywhere.

Of course, the team he has returned to isn’t quite the same. In July, following years of controversy, the Washington Redskins finally began to work on selecting a new team name before the start of the 2020 season. The team settled on “Washington Football Team” in the interim and, much to the mockery of fans, the absurdly uncreative name has stuck thus far, as the members of the team have yet to come to a consensus on a new name.