“A Wrinkle in Time” fails to measure up 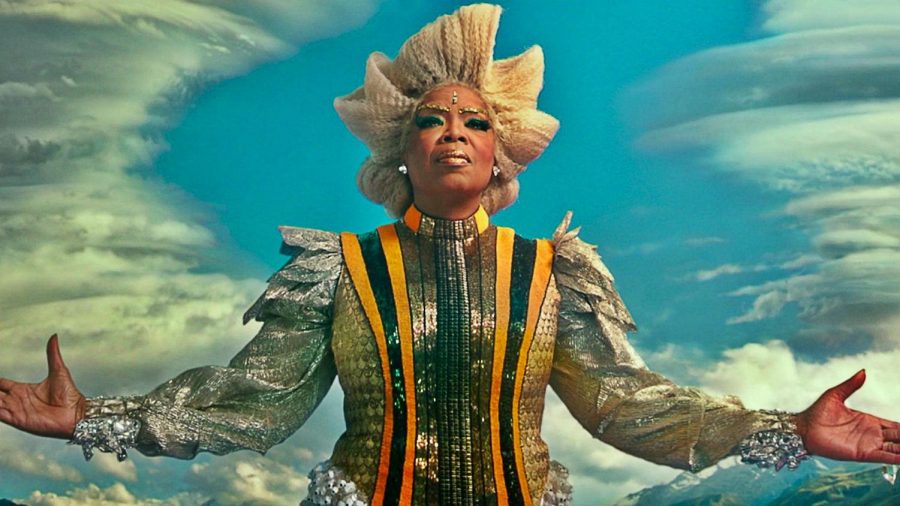 Despite high expectations, "A Wrinkle in Time" premiered on March 9 with a low Rotten Tomatoes rating of 41 percent.

“A Wrinkle in Time” came to theaters March 9 to high expectations, due to its star-studded cast, famed source material and distinguished director. With Oprah Winfrey, Reese Witherspoon, Mindy Kaling and Chris Pine playing major roles, the film adaptation of Madeline L’Engle’s 1962 classic children’s book garnered considerable attention. Moreover, the director, Ava DuVernay, is the first woman of color to direct a film with a budget over $100 million.

Currently, Rotten Tomatoes gives the movie a mediocre yet deserved 40 percent rating. Although the film is reasonably enjoyable to watch and has no glaring faults, it has no exceptionally strong points or gripping moments. In sum, it is forgettable and fails to merit a high recommendation.

Among the film’s best features are its colorful cinematography and special effects. With a contrast between the swooping shots of colorful flower fields, lakes and mountains and the dark gray world of IT—whose interior is filled with twisted tree-like branches mirroring its twisted, evil nature—the scenery clearly denotes the separation between good and evil while providing pleasing visuals. The costumes of the three Mrs.—Whatsit, Who and Which—are suitably futuristic, eccentric, colorful and fitting to their characters’ personalities. Additionally, the costumes for the three Mrs. changed nearly every scene according to the functions performed and location.

The three Mrs. were ultimately the most memorable characters in the film even though they only had supporting roles. Given that Mrs. Whatsit was played by Reese Witherspoon, Mrs. Who by Mindy Kaling and Mrs. Which by Oprah Winfrey, it is not surprising that these performances stood out the most. Each actress distinguished her character from the others; Mrs. Whatsit’s bubbly personality, Mrs. Who’s pensiveness, and Mrs. Which’s calming wisdom all made lasting impressions.

In spite of the talented and established cast, the film spent inadequate time in the world of Camazotz: where IT and evil dwell. Too much time was unnecessarily spent on Earth and in Meg’s school. The audience would be capable of understanding that Meg is unpopular and hostile as a result of her father’s disappearance in far less time, but it is clear that the filmmakers wanted to emphasize themes of love, family and personal struggle at the expense of plot development. As a result, there is insufficient rising action, and the audience does not get to feel enough fear and tension leading up to the climactic battle between Meg and IT, which ends all too quickly.

All in all, the book “A Wrinkle in Time” is not the easiest story to adapt to the silver screen since much of it involves the interior struggles of its characters, which are difficult to portray in movies. While almost everyone loves to see the film adaptation of a classic childhood book, this is another case of the book outshining the movie. Sadly, it is also a representation of risk-averse Hollywood churning out film adaptations of books, remakes of old movies and sequels instead of creating something new.

Film: “A Wrinkle in Time”