ABC Discovers The Taste of New Reality Show To Be Sour, Altogether Unpleasant 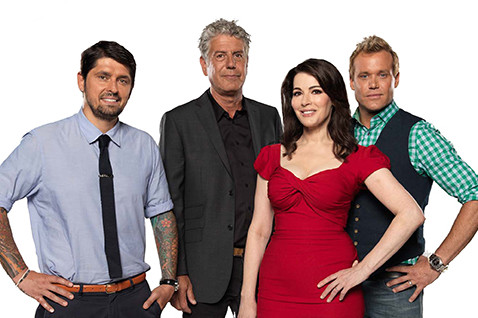 A good reality show requires the perfect kettle of ingredients to be successful. This might include a novel format or memorable contestants or some incredibly compelling reason for viewers at home to want to tune in week after week to see who survives until the finals. Remember, if you are old enough, the first season of Survivor. Now try to remember anything about the next twenty five seasons aired over the last thirteen years. But a great format does not guarantee a great show. ABC’s The Mole still holds up incredibly well by today’s standards: the challenges remain thrilling, the cast is interesting enough and there is a self-effacing, pre-CNN Anderson Cooper to keep things moving. But the ratings just were not there and a pair of celebrity seasons hammered the proverbial nail into that series’ coffin.

Imagine, if you can, a team of executives deciding to take the best elements of several preexisting reality shows and merge them together to form a new superprogram. One network executive probably said, “Hey, that Top Chef has been running for ten seasons now and is still pretty popular on basic cable. Let’s make another elimination-based cooking show!”

But directly copying another show’s format is low, even for the industry that has supported the Kardashian family for ten years. So then another executive suggests poaching the coaching format as seen on reality competitions like The Voice. A final executive, taking his inspiration from the plot of a famous Mary Shelley novel, sews these ideas together.

The Taste, also known as “Tony Bourdain Needs To Pay For A New Condo In Miami,” is the result of this scientific experiment gone awry. Like Frankenstein’s Monster, it stumbles around and frightens normal people away. Unlike the monster, The Taste probably hasn’t killed anyone… yet. Contestants are not even required to make a complete meal: they are only responsible for one lone spoonful of concentrated suck. Top Chef has already been scraping the bottom of the duck fat barrel in trying to find new and interesting challenges for its past few seasons.

And each episode of The Taste features an uninspired cooking challenge that probably came from dumpster diving at Top Chef headquarters. Oh, look. Contestants must choose one of five ingredients to incorporate in a dish that pairs well with a certain wine! And your coach has personally selected these ingredients so you already know they can play well with the wine.

This isn’t rocket science. But at least rocket science offers the threat of explosions, unlike the normally opinionated judging panel who appear neutered on this show. The coaches should be an automatic homerun for this series. Nigella Lawson is a major force in the world of British television cookery, but she never gets a chance to shine here with her Abdulesque praise here. Ludo Lefebvre never gets to crack the bitter French-accented asides that made him into the demon figure on Top Chef Masters. And Wikipedia tells me that this Brian Malarkey fellow is also a Top Chef alumnus.

Like America, Wikipedia knows that this man has no reason to be famous and, coincidentally, Malarkey’s Wikipedia page redirects to his Top Chef season where he finished fourth. And is this other guy Tony Bourdain? The same man who once blasted the Travel Channel for editing him into a car commercial made from No Reservations footage as it tarnished his image of badassery? I genuinely hope that whoever holds the jar containing Mr. Bourdain’s balls will give it back to Tony once he fulfills his contract.

Can reality go downhill from here? On The Hunt, an upcoming CW reality series/game show, teams of two contestants will basically reenact a generic version of The Hunger Games while America watches. We have to remember that this is the CW: they simply cannot afford to genetically engineer dogs or wasps, especially since that budget was given to Emily Owens, M.D. and there is no chance in hell they will ever see that money again. Details remain scarce, but the casting notice mentions capturing other teams and competing for a limited amount of food and other resources. In a perfect world there would be a reunion season of The Taste held on this new program. My money is on Tony with a trident. If someone does not shove a tasting spoon down his throat first.