Acoustic guitar, karaoke and free drinks: This is ‘Sing Bro’ 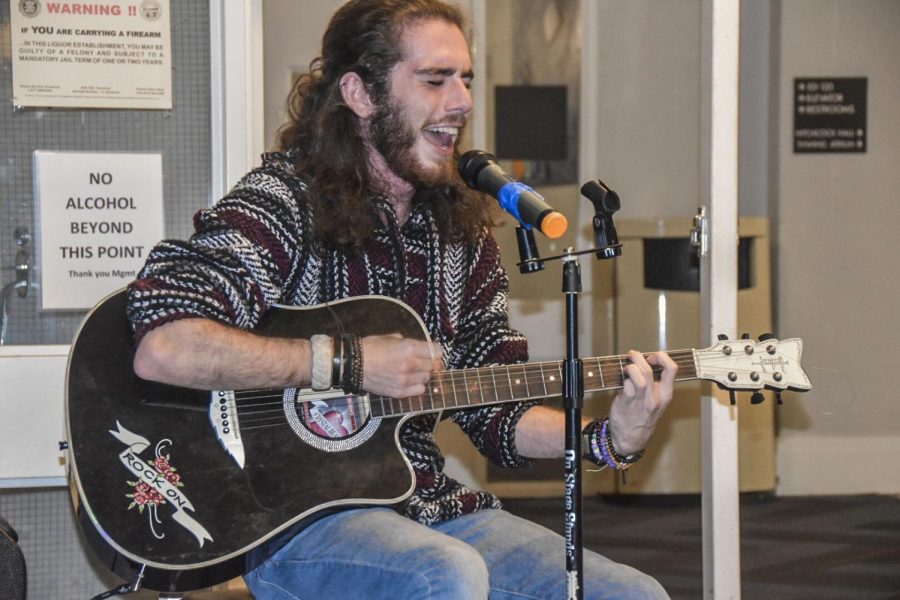 If you like free beer, watching your friends embarrass themselves and fun song covers, the Jolly Scholar has a new event for you. Each Monday night, the Jolly Scholar hosts “Sing Bro,” a new event hosted by third-year student Nick Charles and second-year students Conor Clark and Jared Jacknow, where contestants sing their way to securing a free drink.

The rules of the game are simple. A combination of Charles, Clark and Jacknow sit onstage with guitars and a cup full of songs pulled from the Spotify playlist “Songs Everyone Knows.” Contestants walk onstage and pull a song from the cup, and the hosts sing and play their way through the first verse. At some point, usually during the first chorus, the hosts stop and say “sing, bro” and the contestant must complete the section of the song alone. If they succeed, they win a free beer. If they are underage or uninterested in alcohol, they get a free milkshake.

This is the first semester for “Sing Bro.” It originiated from a meeting over the summer between Nick Charles, who is also a server at the Jolly Scholar, and owner Matt Vann.

“I approached Matt over the summer about wanting to be able to sing and play in front of people,” said Charles. “Matt told me about this idea he had for an event and how he was looking for a way to kick it off.”

One of the struggles the event faces is a lack of audience participation. The Monday night time slot can leave the bar with few willing participants, and since the concept relies on audience interaction, the show often pauses for the Sing Bro team to perform as a group. These breaks give the trio the opportunity to show off their chops, including Charles’ singing and songwriting talent.

Monday night was a very slow night for the Jolly Scholar itself, but after a few tables filled up, the onstage duo of Charles and Clark coaxed some new and returning players to the stage.

“It was fun,” said first timer and third-year student Laurel Williamson. “Being on stage was not as nerve racking as expected.”

For returning players, the choice of song made for an entirely different experience.

“Last time, I sort of just hummed,” said second-year Amelia Leong. “[This time] it was really fun because I actually knew the song and the lyrics.”

Sing Bro’s success relies in large part on having people in the bar, and for that reason it may not retain its current 9 p.m. time slot forever. No matter what time on Monday night the Sing Bro team ends up on stage, it’s sure to be a good time.