Adventures on the Welsh coast 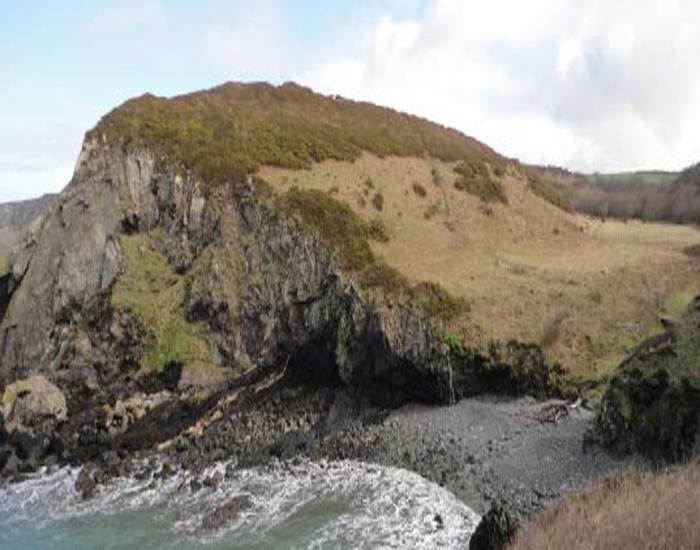 British schooling has become boring. Even though my classes are somewhat Americanized and intended to get us out and about exploring the city, it has failed to capture my full attention. I therefore rewarded myself with a trip to Wales.

For those who don’t know, Wales resides on the same piece of land as England and is a component of the United Kingdom. I’m not very knowledgeable about Wales, but I do know that it has its own magical language called Welsh, which is not understandable. This weekend adventure was also my trial on the famous European rail system, a series of railways that allows virtually anyone to travel to and from anywhere in the United Kingdom and continental Europe without flying. It is one of those features that shows just how easy and cost-efficient travel is here compared to places such as the United States. I took a train from London, and three transfers (one of which was literally the side of a forest) and six hours later ended up in Fishguard Harbour, on the coast of Pembrokeshire. I would rather have flown.

Fishguard wasn’t what I expected. It was dark when I arrived, since I had traveled halfway across the U.K., but there was quite literally no one around other than our group. I was expecting a rather big train station, a McDonald’s, and somewhere I could buy a drink (obvious requirements of any civilized city) – but no, it was empty, there was some boat floating around, and we just waited there surrounded by countryside and ocean for our transportation.

When three vans showed up for us, my initial reaction was that there was no way 30-some people were going to fit, and as usual, I was wrong. The British have a peculiar way of finding space in vehicles that isn’t there. We drove through backcountry roads at a whizzing 70 mph until we arrived at the Preseli Adventure Lodge. What I came to learn over the next couple days was how understated this place actually was. I’ve been to various camp-type programs when I was younger, and they all seemed the same: crammed sleeping quarters, middle-of-nowhere forest/farms, and (the only redeemable part) really good food in copious amounts. This lodge was nothing like any of those: we got great rooms and comfortable beds, good heating, ridiculously nice bathrooms, and best of all, a lounge room with WiFi and a bar.

What I experienced over the next couple days was nothing that I had imagined. Coasts in the U.S. are rather dirty, crowded, and commercial, but here in Wales the coastline was untainted beauty. We first took a hike along the coast – we were given an option of a four-mile hike or a seven-mile hike, and we chose the longer one without even thinking. I can’t remember the last time I hiked seven miles. We were given hand-drawn maps, dropped off on a random beach, and told that we would be searched for if we got lost (quite sketchy) – but what followed was the best hike I’ve ever had. Walking along the upper coastline next to 50-foot cliffs and tides crashing against the shore makes anyone feel like they’re in some sort of Lord of the Rings landscape with a symphony orchestra playing in the background. We made it back to the lodge somehow, without getting lost and really without feeling exhausted. I feel like the impact of the scenery had that kind of effect.

Next came the water activities. I tried sea kayaking later that day and coasteering the next morning. Sea kayaking is the mellower version of river kayaking, but played a fun role after most people’s legs were worn from the hike. Coasteering (I had to look it up) just means traversing the coast, very anticlimactic by definition. We suited up in full wet suits – and for those of you who’ve ever wet-suited in the winter ocean, you’ll understand the appreciation I had for them, even though this wasn’t the coldest ocean water I’ve been in. We spent our day being thrown around by currents in caves, climbing up cliffs, and eventually jumping off them (again, a very understated activity).

We could not spend enough time in Wales; eventually we had to leave. Saying goodbye to the lodge, the farm country, and the coastline was hard, but I was ever so brightened by the adventures I had planned for the coming weeks. Next weekend I will spend three days in Amsterdam; this overlaps the CWRU Amsterdam spring break classes, so hopefully I’ll get to see some familiar faces. Following that, my friend plan to travel from London to Paris, Rome, Florence, Venice, and back, all in a span of eight days, and I can’t wait to show you guys what I discover.