Alexander 23 speaks on his new album “Oh No, Not Again!” 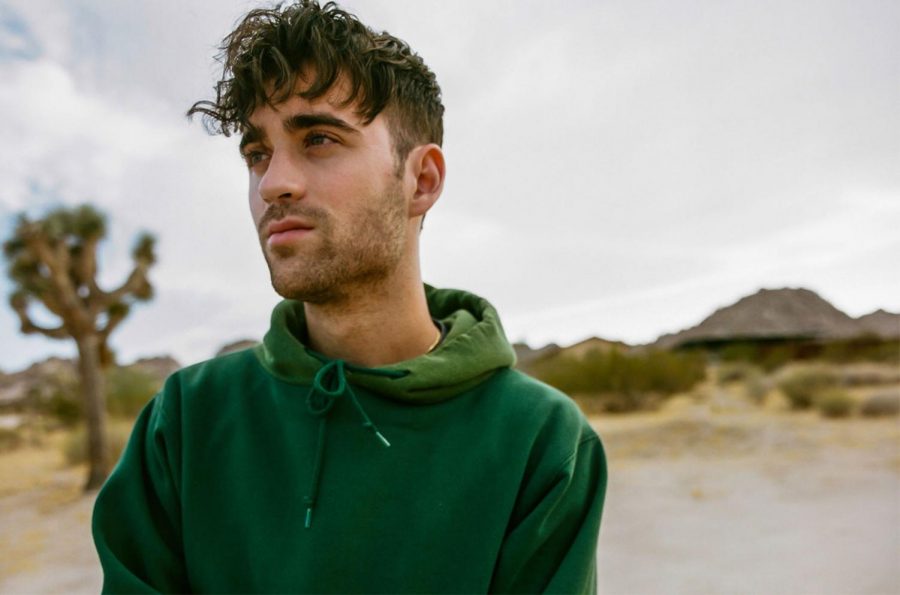 “What was kind of exciting about this EP specifically was that it was almost on accident,” Alexander said. “I didn’t set out to write an EP at the beginning, and then it became increasingly clear during the writing process over the last year that these songs belong together.”

“[The album] chronicles the lifespan of a relationship, from yearning for someone, to finding someone, to some turmoil and it not working out, to trying to recover, to finally moving on,” he said. “‘Oh No, Not Again!’ felt like a nice, light-hearted way of saying ‘Why the fuck am I like this?’”

Although the EP has been much anticipated since it was announced on Monday, Feb. 8, some of the songs have actually been released already, including “IDK You Yet,” a Recording Industry Association of America-certified gold single that catalyzed a TikTok trend, and “Cry Over Boys,” which called out listeners everywhere with the lyrics “You cry over boys you haven’t even met in real life.”

“When I first started writing this song, it was projecting this story onto someone else,” Alexander admits. “The more I wrote it, the more I saw myself in the lyrics, the way I can fall into romanticizing romance in a way where I put my love for a partner ahead of my actual happiness or a sustainable solution to share life with someone else.”

When asked by a fan if “Cry Over Boys” is about fellow musician Harry Styles, he jokingly agreed in a TikTok post. However, when it comes to his personal unrequited fictional loves, Alexander cites characters Kim Possible from the titular cartoon and Fleabag from the British comedy series with the same name.

This honesty and candidness extends to his advice to younger artists trying to start their own careers. “Don’t be afraid to suck or make bad music,” Alexander said. “So many people get caught up in having their first songs be masterpieces and that’s so often not how it works. Don’t be afraid to go out there and experiment [and] manually find out what feels good, instead of putting too much thought into the planning of it.”

This advice is fitting, as Alexander dropped out of the University of Pennsylvania, where he was pursuing a degree in mechanical engineering, to play for bands in New York before becoming a solo artist when he was 23 years old, an age that his stage name gives credit to. The number 23 also pays tribute to Michael Jordan’s Chicago Bulls jersey number, as Alexander grew up playing basketball outside of Chicago. He also hosts a “23 Questions” podcast where he invites artists for a conversation and asks them 23 questions.

Alexander describes the EP as being “sad, but hopeful,” explaining, “Through the ‘IDK You Yet’ lens, that song is definitely super sad, but the qualifying word ‘yet’ is incredibly hopeful. It says ‘I feel like this now, but I can acknowledge that I won’t feel like this forever.’”

In this sense of hope, Alexander wants fans to know that they aren’t alone. “The more comfortable I feel as a songwriter [directly correlates] with how much I’ve been able to suppress my ego and realize these things that I’m feeling are not specific to me, even if they feel like they are,” he said.

One such universal feeling relates to the COVID-19 pandemic. “I usually write by myself in my house, but losing the autonomy to do it a different way made it harder,” he said. Not only does he miss tours and performing at concerts, but he craves them as a way to reset his perspective and break up time spent writing song lyrics.

This process was also disrupted as he didn’t have any new experiences to draw inspiration from because of the pandemic. Fortunately, Alexander has used this time to “experiment and find this next wave of sound,” adding, “I have songs about stuff that happened to me a few years ago that I never would have written about if I didn’t have to sit in the same place and confront them out of necessity.”

Listen to Alexander 23’s experiences in his new EP “Oh No, Not Again!”