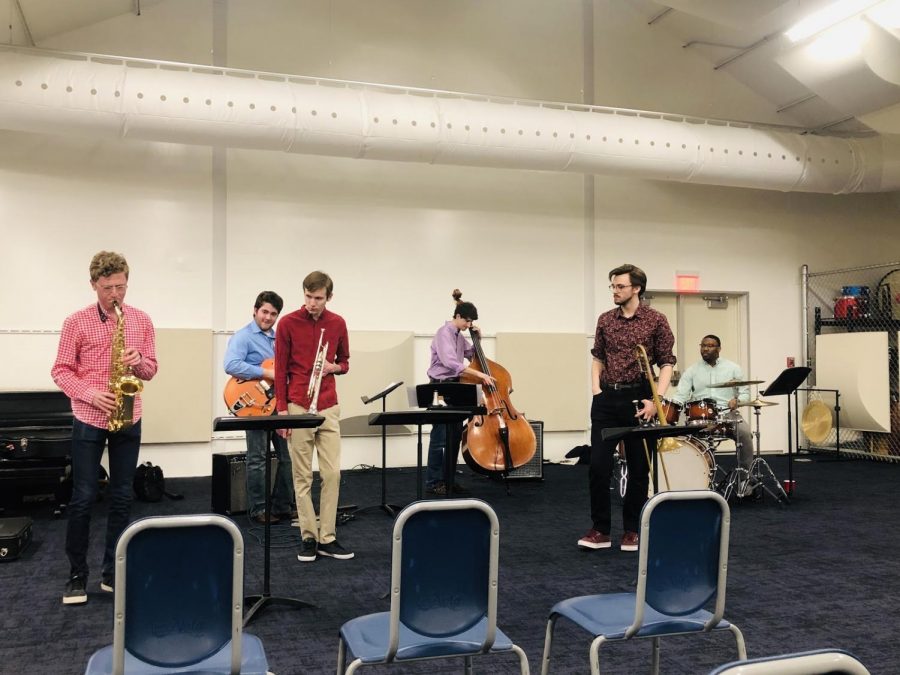 Proceeds from the Quintessence Combo concert went to Joyful Noise Neighborhood Music School, a nonprofit that was founded in 2004.

It’s hard to imagine what life was like before COVID-19 filled our thoughts every second of everyday. With cases increasing exponentially, shelter-in-place orders going into effect and in-person instruction at Case Western Reserve University (CWRU) transitioning to “distance learning” at Zoom University, the last month has been a lot, to say the least. However, before the coronavirus took over our lives in one way or another, many great events occurred on campus.

For $5, attendees were able to enjoy a night filled with original pieces and good laughs, with proceeds supporting the Joyful Noise Neighborhood Music School, located in Ohio City. The non-profit provides free music lessons and instruments to children who can’t afford music lessons. Joyful Noise also offers classes in vocals, dance drama and creative writing, along with their instrument courses. This mission resonates with Quintessence, and Weiskirch regularly volunteers at the foundation.

From the first note of their opening number, “Flint and Steel,” to the last notes played in “Spoons and Speed,” the six boys never let up and kept the groove going. Although Denison’s Spartan Rehearsal Hall felt big and hollow before the show started, the space smoothly transformed into what felt like a small intimate gathering at a jazz club straight out of a Bond movie.

Each member of the group had their own style, and their talent was evident both in their performance and the composition of their music. Almost every song performed at the benefit concert was an original. The boys had great synergy and played off of each other quite well, especially when it came time for their solo parts.

My personal favorite was Howard’s “Questions, Comments or Concerns,” which sounded like a conversation between the different instruments, accented by standout solos from the sax and upright bass. “Question, Comments or Concerns” gave off “road trip out West” vibes, but not in the way that made you want to change the radio station. There was very intricate finger work from Howard to start off the song, and a very soulful saxophone solo that wailed throughout the hall.

Another favorite piece of mine was “One,” which was originally written by Dockery’s uncle, but later written out for the combo by Dockery. “One” was faster, keeping the audience on their toes as they listened. Dockery held a steady tempo for the boys to follow along to, while also embellishing the beat with little flicks of the wrist here and there. Once again, the boys were able to vibe off of each other, allowing everyone to have their own extended solo in the piece.

Overall, it was a real treat to get to listen to Quintessence play their new and original pieces during their winter showcase. The fact that it was a benefit concert to help support the Joyful Noise Neighbourhood Music School foundation also created the perfect backdrop to round out the end of Black History Month with the sounds of jazz.