All The Lonely People 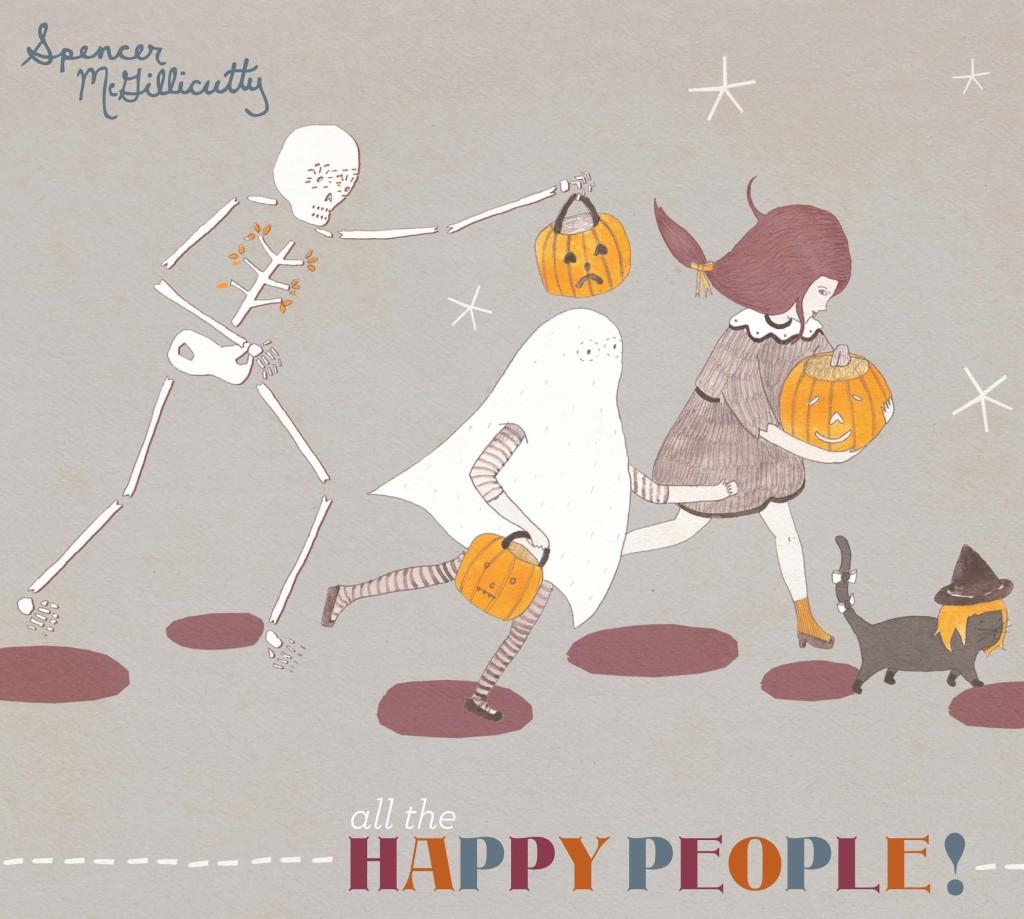 Album: All The Lonely People

It is no secret that Minneapolis quartet Spencer McGillicutty’s music is heavily influenced by the Beatles, and because of this overt influence, All the Happy People! resonated like a Sgt. Pepper’s tribute. The cover of their last album, Games, was a clear homage to the cover of Help, and the group’s upcoming album All the Happy People! is clearly a play on words referencing the chorus line of 1966 single “Eleanor Rigby.” To top it off, the male members of Spencer McGillicutty dress like 1960 Brit-Poppers.

Spencer McGillicutty’s third full length album, All the Happy People!, is broken into two very different acts. Act One is reminiscent of the standard Spencer McGillicutty pseudo-Brit-pop sound, with a little alt-country (think the Decemberists’ The King is Dead).

The album opener “That Makes Two of Us” launches the listener into a land of psychedelic pop. This track clearly was meant to act as “Sgt. Pepper’s Lonely Hearts Club Band” did. Even the simple drum beats, the wonderfully harmonized vocals, and catchy guitar riffs all sound like something John, Paul, George , and Ringo could have created.

The band dropped the 1960s facade for the rest of Act One and takes up a more folksy sound. “Tell” sounds like Don McLean joined up with a group of xylophone playing hipsters (in a good way). The guitar in “Regards” rings like a pre-electric Bob Dylan.

By far the strongest track in Act One is “It’s Not Over.” The opening harmonica belts like “Down By the Water” by the Decemberists. Nicole Wilder and Brittany Miller’s vocal harmonization works wonderfully along with blues-pop bass lines and smooth acoustic guitar riffs. The Spencer McGillicutty Players (studio musicians who occasionally play live with the quartet) are essential for making this track satisfying, through the implementation of countless background instruments. My only gripe with the song is the clunky, failed attempt at fading into the next song “Up Half the Night.”

If “Magic Cash Machine” is the McGillicutty take on “Sgt. Pepper’s (Reprise),” then “Waltz #3” is their “Day in the Life” (minus the McCartney middle section). The vocal harmonization in “Waltz #3” is nearly as chilling as Elliott Smith’s past self-harmonizations.

“1944 (Think of Me)” and “June” both go back to the alt-country sound of Act One. “1944 (Think of Me)” sounds like if a hi-fi version of Neutral Milk Hotel. The male-female vocal harmonization is what really pulls this track together, as it falls somewhere along the lines of “Mama” by Coconut Records and “Say Yes! to Michigan!” by Sufjan Stevens.

The way acoustic guitarist Ryan Ruff Smith plucks away in “June” echoes the White Album’s “Mother Nature’s Son.” Spencer McGillicutty chose to add an echoing effect to the vocals, making them hauntingly like those of “Across the Universe.”

After another poor transition, the final track, “You Haunt Me,” begins. “You Haunt Me” is arguable the best track on the album. By this point you may be expecting me to pull out another Beatles reference, but “You Haunt Me” actually resembles Wham!’s 1984 hit “Wake Me Up Before You Go-Go.”