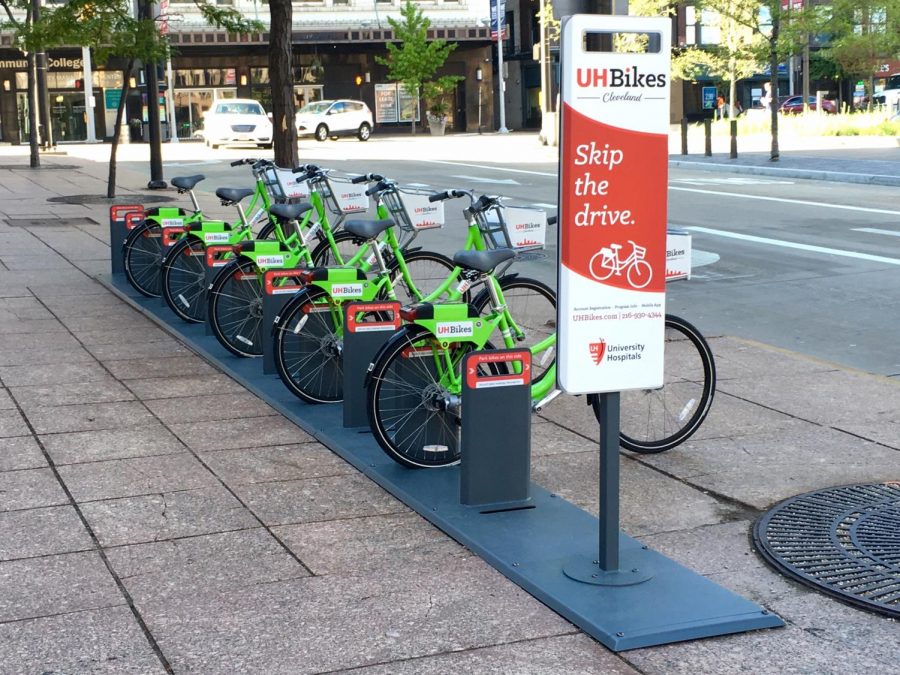 Although bikes are already offered to students through the UHBikes program, Mobility aims to increase accessability to students.

Anyone who lives in a major city has probably seen a bike-sharing system. For most people, biking is a fun and convenient way to get around. For people in lower income neighborhoods, however, it’s a vital opportunity to access the resources they need to improve their careers, education and life. That’s the mission of Mobility, a bike-sharing program founded by Case Western Reserve University alumni Justo Karell and Siddhartha Sen.

Mobility installs private, customized bike-sharing systems in low-income neighborhoods where people typically cannot afford the increasing cost of public transportation. During its first year, Mobility plans to team up with local businesses, non-profits, and universities to sponsor the service for its users. Its other team members include CWRU students Leo Thuman and Alexandra Faccenda, CWRU alumnus Tyler Fullington, and Pauly Suchy, who works at a startup called BioflightVR.

Karell originally became interested in transportation for low-income community members at a startup competition. At the competition, he mentored participants who were interested in helping the homeless by providing models for transitional housing. He began visiting homeless shelters in downtown Cleveland and gathering information on the needs of the community.

“I asked [members of the homeless community] questions like ‘What got you here?’ and ‘If you could ask someone for something, what would it be?’” said Karell.

He realized that many homeless people don’t necessarily need shelters—they need a means to finding resources to get out of shelters.

These experiences led him to reflect on the absurdity of wealth gaps, especially in major cities, and the problems they cause for people who need access to resources that will help close these gaps. For example, in Cleveland, the University Hospital (UH) bike-sharing system is located less than 500 feet from free shuttles. Unfortunately, the bike-sharing system is located in an urban, metropolitan area where there is already an abundance of transportation options, rather than in communities that struggle with transportation. Karell realized that giving people physical access to transportation was something he could do to help.

“Our goal is to bring bikes to people who need them most,” he said.

With the help of a think[box] Student Project Fund, partnerships with local businesses Blazing Saddles and Two-One-Fix Bicycles for bike maintenance and donations and a partnership with Emerald Development and Economic Network, Inc. (EDEN), the Mobility team will soon attempt make its goal a reality. Mobility is currently set to launch its pilot bike-sharing system in a housing development managed by EDEN in late April. The pilot system will consist of 5-6 bikes equipped with odometers so Mobility can monitor their usage by residents. Residents of the EDEN development will simply sign out bikes when they need them, while Mobility and its partners will provide maintenance and equipment as needed.

In the future, Mobility plans to expand to companies and institutions by providing private bikes for those that employ low-income community members. The team also plans to focus on data management to ensure that Mobility is helping people as much as possible.

The authors of this article work for Mobility.