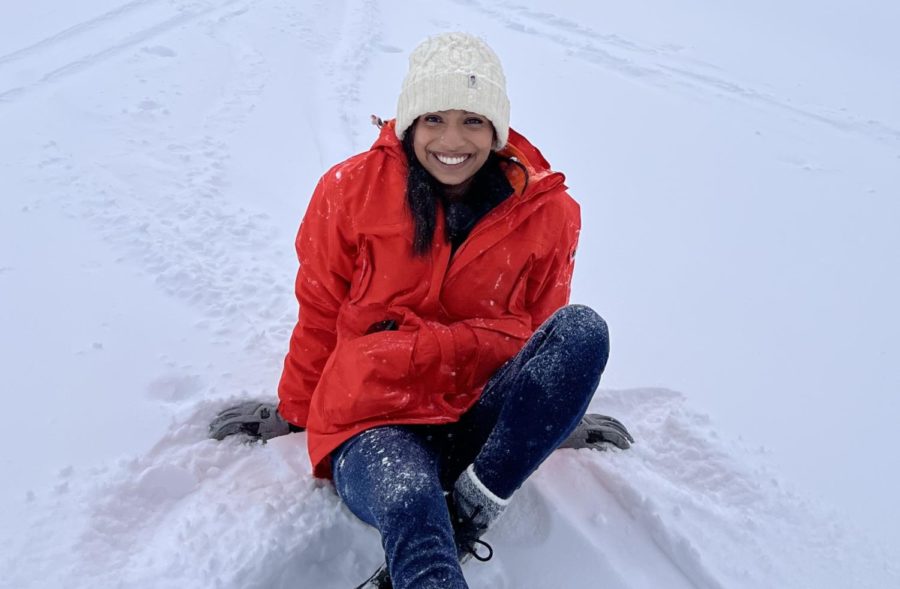 On April 15-16, Case Western Reserve University students elected their peers to represent them in the Undergraduate Student Government (USG) for the upcoming 2022-2023 academic year. At the top of the ballot was third-year biology student Ananya Hari, who ran unopposed to be the next USG president, having previously served as the USG Vice President of Student Life, the Food Subcommittee Chair and the Feedback Subcommittee Chair.

In her letter of intent to run for the position, Hari highlighted her co-authorship of the USG “Resolution for Housing being guaranteed for all CWRU undergraduates” that led the CWRU administration to reverse course on their housing policy change, her work in improving transportation systems on campus and her role in bringing the Physical Resource Center to life. But if you ask her about her favorite initiatives she’s been a part of at USG, she provides a different answer.

“One initiative I really liked that I did is we did our lighting tours … And it was very overwhelming because as a freshman; I didn’t know what the heck I was doing. And so I organized this group of people to kind of take a walk around campus and figure out where there’s lighting or [where] there isn’t enough lighting as a safety issue,” Hari said. “And out of that, I think we changed over 200 lights on campus. And [CWRU] likes to do this thing where they have aesthetic lighting, [but] it just doesn’t help so we changed that into LED lights.”

More of Hari’s favorite USG initiatives include adding the water bottle filters to freshmen dorms, as well as the forthcoming “Night Link”—a GreenLink shuttle that will run at night so students won’t have to rely on Safe Rides all the time. She also notes the importance of USG’s continuing work to make sure that the meal plan is accommodating of food-insecure students, as well as those who aren’t able to use their meal swipes during a week but still want to save them for the future—such as students who are observing Ramadan.

As for the future of USG, Hari’s goal is to review the organization’s internal structure and to ensure that operations run smoothly. While her plans may seem simplistic, they are crucial for the continued functioning of USG and all the clubs that fall under its purview.

“My main thing is: next year going in, I want to redo a lot of our bylaws, and put more checks and balances into our [vice presidents]…especially VP of Finance after this year. I just want to put some checks and balances—not take away power, but [ensure] any grand decisions that are being made go through [General Assembly] and go through [the USG Executive Committee].”

While Hari did not explicitly mention what specific action is driving her to look at USG’s bylaws, especially surrounding the VP of Finance, much can be inferred. Over the past year, USG’s Finance Committee has struggled, failing their SEC Allocations Committee (AC) audit last semester due to mistracking and underutilization of funds and creating a misguided plan to create an endowment using $250,000 worth of student funds that USG never spent. This effort ultimately had to be shut down by the AC and the CWRU Office of General Counsel. All of this was happening while USG remained stringent with funding guidelines for their clubs, leading to various student organizations being underfunded despite USG’s vast amounts of cash on hand.

To this effect, the newly elected USG VP of Finance, second-year biology student Basil Yaseen, has promised to overhaul the current system of funding for USG clubs.

“I’m trying to revamp the entire system basically. I think that what we have going on right now—and I know that a lot of clubs agree—[is that] USG is a little too stingy,” Yaseen said. “I want to create a system that clubs can get as much money as we can give them and use that money however they need for that club.”

Yaseen further explained that he felt as if USG’s current funding guidelines are too strict, “In some clubs, even though they need $20,000, we give them like $50 [or] $500, just because that’s all we can give them [according to] the guidelines.”

Yaseen also promised to work more closely with the AC to ensure that USG’s finances are on track and being used effectively. Plans aren’t finalized yet as to how to ensure clubs get the funding they need, but Yaseen and Hari indicated that they have developed a framework together that they hope to implement next semester.

Another major motivation for Hari to run for USG president was the increasing tuition rates at CWRU, with a 5% increase expected for returning students next year. A major part of her platform when running for president was advocating for a “grandfather clause” for tuition, which would cap tuition for returning students at the rate that they paid in their first year.
“I came here expecting a certain amount of money. And then three years later I’m paying $10,000 more, and I’m like, ‘What is going on?’” Hari said. “I came to [CWRU] with a four-year plan on how much money I plan on spending here. And now you can’t—[in] my junior year—tell me I need to spend another $30,000 … That’s financially insensitive to students, especially [those] in need. I’ve had friends that can no longer afford [CWRU] and had to transfer out. I just don’t like that happening.”

Though Hari acknowledges that CWRU covers all need-based costs through their financial aid system, she pushes back on the notion that this works for all students.

“That’s assuming everyone’s parents [are] able to pay everything that the financial aid isn’t covering, right? That’s assuming parents are actually helping pay for the child’s tuition, and students are not taking loans … I’m an international student, I don’t get need-based financial aid. It’s all my money,” Hari said. “That’s the same thing with housing. I had students that were sophomores that went into sophomore housing, and they got displaced because they didn’t have enough sophomore housing, and they’re in [Stephanie Tubbs Jones Residence Hall] or The Village … but then you have to pay another $2,000 or something, but it wasn’t even their choice.”

With regards to housing, Hari has made her thoughts clear on the administration’s plan to expand the student population when she co-authored the aforementioned Housing Resolution and will continue to advocate against continued expansion as USG president.

“I’m not here to make myself an enemy of President Kaler or anything. But I will probably very strongly insist that we first expand our resources, and everything else on campus—before we start expanding our student body,” Hari continued. “It is ridiculous in some aspects [where], for example, mental health resources [are] barely able to cover students now, and now we have even more coming.”

In the end, Hari did express gratitude that USG is able to act as a voice of the student body to CWRU administration and that administration is usually receptive to student concerns, but emphasized that more can be done:

“The fact that USG can do what it does is wack because in other schools, that just doesn’t happen. Most universities don’t care, but at the same time, since [USG] does exist, I wish [CWRU] would listen [and] ask us for opinions first before doing something and then being like, ‘Oh, students don’t like that.’ Right?”