Editorial: Andrew Wheeler does not stand for CWRU values 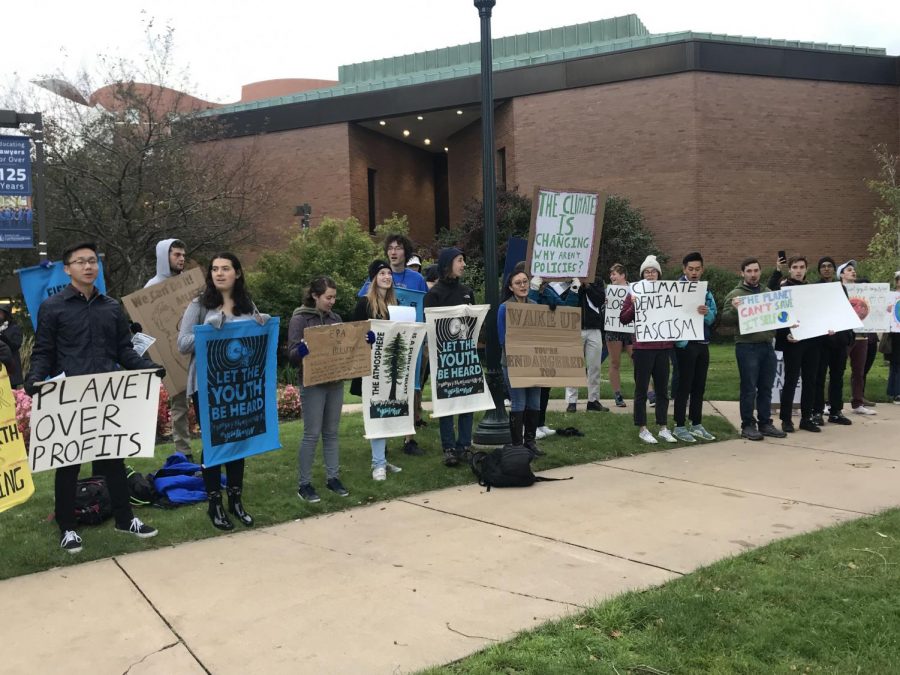 In honor of the 50th anniversary of the Environmental Protection Agency (EPA), acting administrator and Case Western Reserve University alumnus Andrew Wheeler visited campus for a day-long symposium. The event, not only intended to showcase the EPA’s anniversary, but also intended to commemorate the newest law school center, the Coleman P. Burke Center for Environmental Law. An additional 12 speakers were there to cumulatively discuss environmental issues of our time. Wheeler’s invitation and welcome to any university, particularly one that prides itself on science, technology, engineering and math (STEM), is puzzling, given his cloudy history with environmental activism.

Wheeler became head of the EPA after Scott Pruitt resigned amidst a slew of ethics scandals. He, like Pruitt, is a perfect fit for the current White House occupant. That is, his environmental achievements do not exactly signify the environment as a chief priority.

Wheeler was an energy lobbyist, working primarily on behalf of one of the largest coal mining companies in the country, Murray Energy Corporation. He also worked as an aide to Oklahoma Senator Jim Inhofe, who has a record of calling climate change the “greatest hoax to ever perpetuate Americans” and suggesting “kids are being brainwashed” with such “hoaxes.” Inhofe was, of course, quite pleased when Wheeler was nominated to the EPA.

The work and people with whom Wheeler surrounds himself must be taken into consideration. Holding one of the highest governmental positions at the nexus of climate change, while actively believing it to be both an insignificant issue and one that we as people, and further as Americans, have no role in, is beyond worrisome.

However, the actions Wheeler has personally pursued since becoming active administrator to the EPA needs also to be briefly addressed. The Union of Concerned Scientists, a science advocacy nonprofit focused primarily on climate, energy and disarmament, has compiled a list that outlines the disintegration of science and climate change activism under Wheeler. He tried to actively attack scientists and scientific data, as to prevent them from being used to develop health standards. Moreover, he has reversed water protections set forth by the Obama administration, going as far as recommending unsafe levels of water contaminants which may lead to cancer.

Wheeler’s actions are filled with rollbacks of bipartisan environmental protections, suppressing scientific reports and ignoring scientists in order to serve the pleasures of a president who thinks climate change to be a “Chinese hoax” and corporations who prioritize coal and money over workers.

CWRU is known as a distinguished university for undergraduate and graduate STEM studies and research. We have been named one of the Princeton Review’s Top 50 Green Schools, and a climate action plan signed by President Barbara Snyder in 2011 pledged to reduce the carbon footprint to net zero within 50 years. For a school which prides itself on the sciences, titles among lists of sustainable schools, Inamori Ethics Prizes and its large windmill in the center of the academic quad, it should surely have found another keynote speaker who sincerely prioritizes the environment to commemorate the anniversary of the EPA. Furthermore, the event was also meant to act as an inaugural address for a building named after a man who has spent his career advocating for the environment. To welcome Wheeler, who is actively trying to deregulate environmental standards, is to also dishonor Burke and the work he has done to prioritize the environment.

Wheeler’s address at the Oct. 18 symposium was met by protesters, who actively interrupted the speaker, with more outside the law school.

CWRU has a responsibility to support its alumni in its endeavors to better our society and planet. In that, it also has a responsibility to condemn actions which threaten all people, but especially people of color and low socioeconomic status. To do otherwise—that is, to welcome climate denialists active in deteriorating the status of the planet, like Wheeler—is to fail our role to stand up for students, faculty and all people in our community and abroad.