One housekeeper’s labor of love 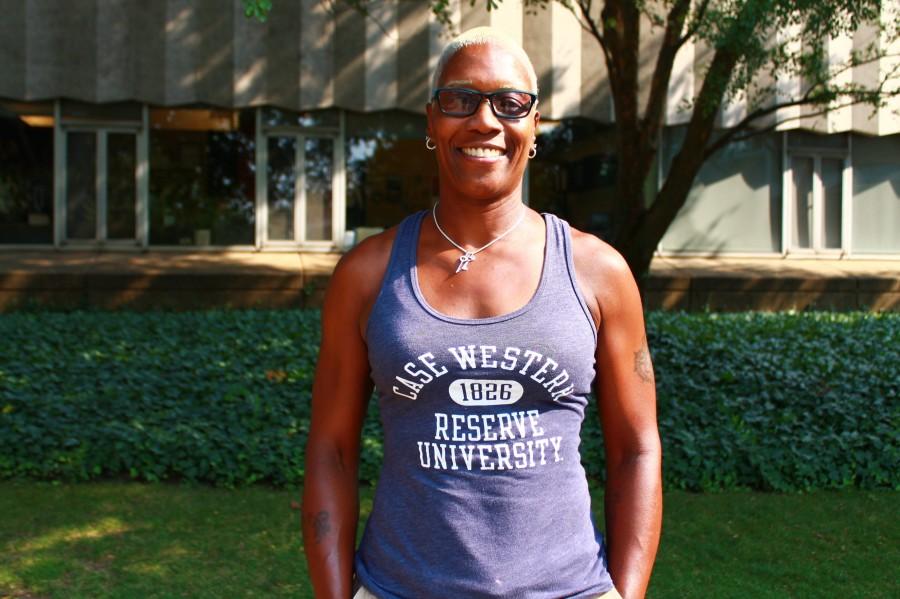 Angela Love has worked for CWRU for two years and was recently hired to work in President Barbara R. Snyder's house.

“You get used to things, and I’ve been like that for a lot of my life,” said Angela Love. “Sometimes, you’ve got to take a leap of faith and try something different. You can’t get too comfortable with your position, or your surroundings because they do change. That’s the way life is.”

Love began to work as a housekeeper at Case Western Reserve University two years ago, taking care of House 6 in the Village at 115. She has recently taken a position at President Barbara R. Snyder’s private residence.

Love attributes her new position to her personality.

“I’ve always been an outgoing person,” said Love. “The only way you’re going to learn anything is to talk to people…and you have to get yourself out there so that you can possibly progress.”

Love first began talking to Snyder last September, on Case for Community Day, and then at a picnic a few months later.

“I wanted to thank [Snyder] for the various things she helped us with,” said Love. “She is awesome. She’s great, she really is.”

Love then filled out an application for the open position and was offered the job after an interview. Now, after working in her new capacity for a couple of weeks, she still feels honored to have the position.

“With [Snyder] being the president, a female president, of a university, she has a certain repertoire that she has to uphold, a certain image,” said Love. “There’s people that come in there for the first time, and there’s things they don’t need to see and things they should see. I’m trying to provide her with that service, if at all possible.”

Love says she has held a variety of different side jobs in the before coming to CWRU, including working in a machine shop for almost 10 years.

“When I came to CWRU, it was like springtime for a flower—the sunshine, the campus is beautiful, the people are awesome,” said Love.

“My supervisor from day one, Ms. Lavetta [Stover], was great,” said Love. “ [Stover] is the best boss I’ve ever had. She helped guide me.”

Although Love says she enjoyed working at CWRU, she admits there were some challenges associated with cleaning up after students.

“You can’t finagle about little things like that, you can’t be picky. It’s just part of the job,” said Love. “Talking to the students, I’ve learned things from them and I’ve nurtured them as well.”

In addition to striking up conversations with students, Love also forged some lasting memories during her time at CWRU.

“I have had the best memories here in two years than I’ve probably had in the past 10 years because CWRU has seriously improved my life,” said Love. “The people, the students—mainly the students. They humble you. “

Love feels she grew through her job at CWRU and looks forward to advancing in her new position at Snyder’s home.

“I love the challenge it’s going to be at her place,” said Love. “There are a lot of things that need to be done, and I feel like I am the person for it.”