Prominent award given to authors for works that address social justice in contemporary America. 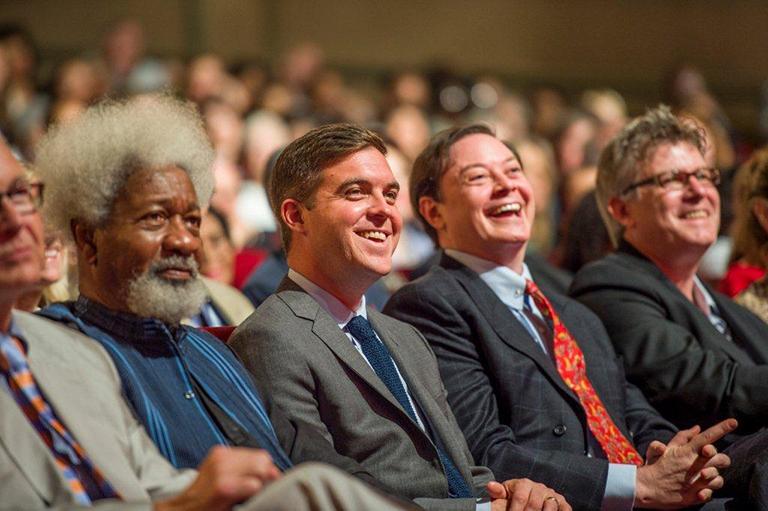 The literary world descended upon Cleveland on Sept. 12, when select authors came for the Anisfield-Wolf Book Awards ceremony held at the Ohio Theatre. The awards were created by Cleveland poet and philanthropist Edith Anisfield Wolf in 1935 to honor her husband, Eugene Wolf, and her father, John Anisfield, both of whom represented her family’s interest in promoting social justice and diversity.

The award sold out to a diverse crowd—the young, the old and people of all races attended. The crowd listened attentively to the two hour-long ceremony.

The event itself was solemn, reflective of the subject matters associated with the awards. These topics included the Filipino experience in America, as reflected in poet Eugene Gloria’s novel, “My Favorite Warlords,” and the relationship between slave and master as seen in Laird Hunt’s novel, “Kind One.” However, as the award ceremony went on, the speeches given by the winners of the award deviated from reciting a simple passage reading of their works to giving speeches that were lighter and more buoyant.

Wole Soyinka, who won the Lifetime Achievement Award and was the last speaker of the night, added humor frequently to his speech about the importance of education and the current situation in Nigeria. He said, “ I thought immediately of children… today, in Nigeria for instance, who risk their lives to go to school, to learn to read. Not just in my part of the world, various places in the African continent, but of other countries, in which to go to school, to handle a book becomes a life or death event.”

Similarly, Andrew Solomon, winner of the nonfiction award and author of “Far From the Tree: Parents, Children and the Search for Identity,” which won multiple accolades and praise, spoke of children as well. He told the audience how he knew he was gay from a very young age and he felt his parents didn’t accept him. He spoke of one event where he was picking out balloons at a shoe store and he wanted a pink balloon. His mother reminded him that his favorite color was blue and he joked, “The fact that my favorite color now is blue, but I’m still gay gives you an idea of my mother’s influence and its limits.

He also spoke about how conditions like dwarfism could become identities and how parents could relate to children who are vastly different from them. Ultimately, Solomon concluded, “Love and acceptance are not necessarily the same thing. Parents love their children… but it takes some effort to accept their children. It takes some time to parse the complicated question of which things to change or improve and which things to accept because they are not going to change.”

Overall, the award ceremony was entertaining, refreshing and beautiful, despite its drudged introductions. Henry Louis Gates Jr. said the prize “focuses on artistic excellence, in what today we would call, cultural diversity” and indeed, the night did.

Edit Sept. 23 2:55 p.m: The deck and photo caption were corrected to reflect that the awards took place at the Ohio Theatre, not in the Museum of Contemporary Arts. -Kyle Patterson, Director of Web