Art from around the world comes to MOCA 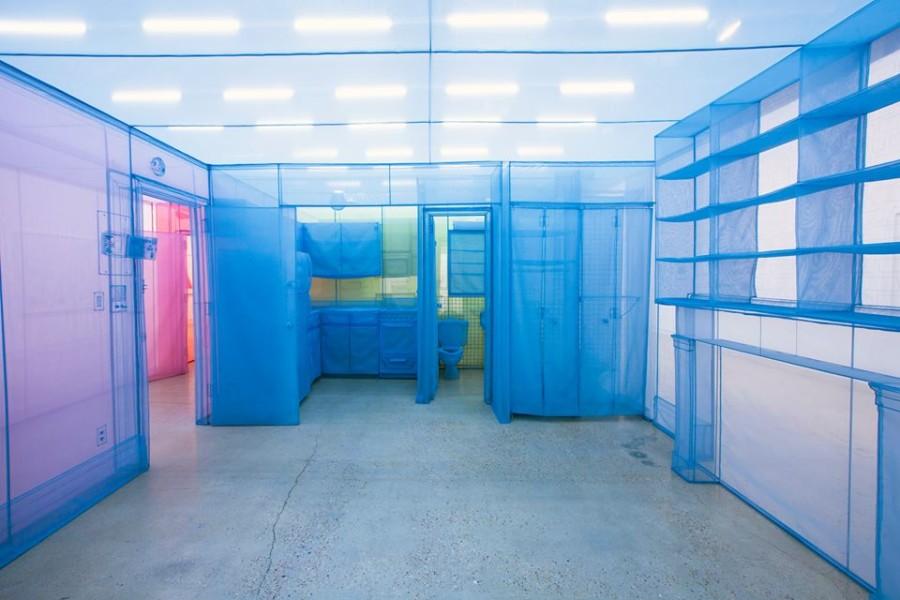 "Do Ho Suh" is one of the new exhibitions on view at MOCA.

An injured statue, a talking stairwell and an apartment made of cloth: The surreal became real this fall at the Museum of Contemporary Art (MOCA).

“Bringing compelling living artists from the international stage to Cleveland is at the core of MOCA’s mission,” says Executive Director Jill Snyder.

Do Ho Suh’s works focus on the idea of home and its transportability. He addresses these themes with a walk-through, see-through fabric replica of various spaces he has lived throughout his life, including his childhood home in South Korea and his New York apartment. The exhibition also includes household appliances, rubbings of the actual apartment, a secret garden trailer replicating his childhood home and string drawings made on cotton.

The main focus is the large scale recreation of the places the artist has lived. Do Ho Suh chose translucent polyester material for its clothing-like characteristics. Like clothing, the artist portrays home as portable and transparent enough to see what lies underneath.

This is Yitzhak’s first solo museum show in the United States. Her work focuses on the stories objects tell, especially the violence and conflict they endure.

“Nevet’s video works are absolutely engrossing,” says Associate Curator and Publications Manager Rose Bouthillier. “Using stunning visuals and rich soundscapes, she draws you into the drama of her subjects.”

Yitzhak uses “The Thinker,” a statue at the Cleveland Museum of Art that was vandalized during the Vietnam War, as her inspiration. With a 3D image of “The Thinker” that moves and seems to breathe as well as a video of the ritual-like care it receives each year, Yitzhak humanizes the statue and draws a parallel to soldiers.

Bouthillier says, “Her works act as powerful allegories, using particular objects and images to speak to historical events and the complex human actions and emotions that compel them.”

In the yellow stairwell leading to Yitzhak’s works, you can hear the work of the third artist, Al Qadiri. She is an audio artist whose works use a multimedia outlet to reflect on displacement and the idea of place as a result of the mind. The audio plays in Stairwell A.