“Arrow” fails to impress in its season four premiere 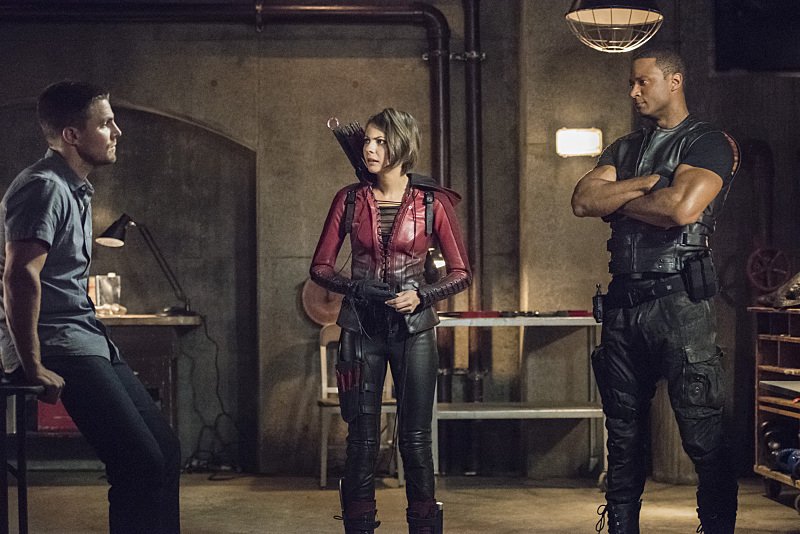 "Arrow" season four premiered on The CW on Oct. 7.

Unlike Stephen Amell’s immaculate abs, “Arrow” needs to cut the fat. Since early on in the third season, the show has been bogged down by the constant flashbacks, the awkward dialogue and the Laurel Lance of it all, causing the superhero drama to miss the mark.

The Oct. 7 season four premiere did little in the way of righting these wrongs. While it would be wrong to say that “Arrow” has failed this network, in the crowded land of constant action and superheroes, the show’s flaws aren’t doing it any favors.

One of the show’s biggest problems falls in its refusal to let Oliver’s past be in the past. This is a show that deals constantly in life and death, and, since we know Oliver is still alive and literally kicking in the present day, the flashbacks lack the bite that they need to justify devoting so much episode time. While they worked initially, dragging them out further is only pulling the show down.

Also not working this season is Diggle’s new helmet, which, unfortunately, looks just as horrible as it did in the early promo images. While it makes sense to finally give him his own super suit, the helmet looks ridiculous in action. He’s a wonderful supporting character who brings some much needed adult perspective to the show, not a cheap Magneto copy, and he deserves a costume that reflects that.

Still, while the premiere had its bad moments, it also brought positive new developments. With the consummation of Olicity at the end of last season, viewers were eager to see whether their relationship would be more Jim and Pam or Ted and Robin. Luckily, in the first episode at least, the couple was operating at peak performance, bringing much needed light into a show that attracts angst like a fly to a light bulb.

Damien Darhk (Neal McDonough) also seems as though he could make a compelling villain, although the destruction of Starling City is nothing particularly new or interesting. Whether or not Darhk will bring something different to an already tired plotline remains to be seen, but his superpowers and commanding presence hint that he may be a worthy opponent for Oliver and his team. The season’s success will rely heavily on this, and the writer’s ability and willingness to change and let go of the things that have plagued the show in the past.

Airs: Wednesdays at 8 pm on The CW