Artists and other community members chalk up CMA 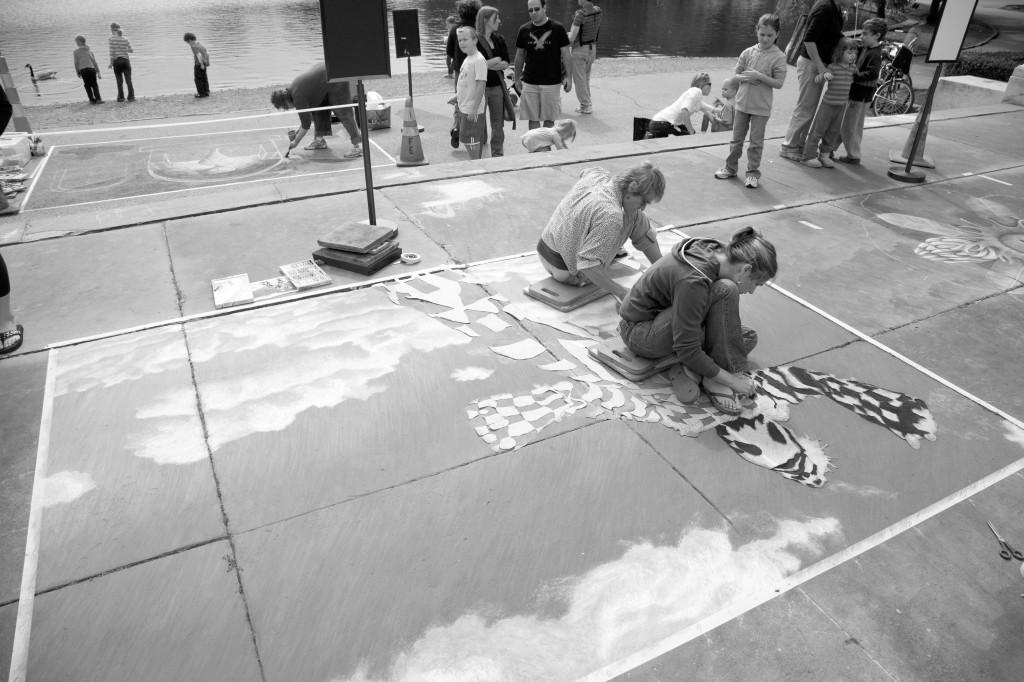 The twentieth anniversary of the annual Chalk Festival held outside of the Cleveland Museum of Art (CMA) kicked off to a good start last Saturday, Sept. 18. The weather was clear, the humidity low, and all of the attendees appeared to have a blast, especially the many children that were happily chalking up the Fine Arts Garden.

Because this was an anniversary for the Festival, there was a general theme in place for the artists. They were given the task or either recreating or drawing inspiration from one of the many soon-to-be-opened galleries at the CMA. “It’s cool to have the public be able to interact and see the process of art,” featured artist Deborah Sue Solecki said of the Festival, “I’m doing an archeological dig from Egypt, because it’s one of the galleries that will soon be opened to the public.”

Some of the other featured artists include festival founder Robin VanLear, who was doing her interpretation of the African god Congolese Moko, known for being so tall his head was always in the clouds, and Josh Maxwell, a second-year Cleveland Institute of Art student who was drawing inspiration from Damien Hirst with his interpretation of the artist’s favorite subject, butterflies.

The featured artists weren’t the only ones drawing on the sidewalks. Hundreds of children and their parents were present as well, sketching away on their favorite subjects. When asked what he thought about the Festival, local Clevelander James Laird said, “This is a lot of fun for the kids, and perhaps the most important part is that they are exposed to the museum and art in an all-inclusive and friendly environment. Even if we stick in our little family groups, we still get to interact with all different people who come here.”

Accompanying the chalking on Saturday was the music of DubFlex, a band formed in 1993, who performed a mix of reggae and soul music. When taking a break from chalking with her children, Darla Brown said of it, “I take my kids here to see what can be done using any materials, even a piece of concrete and chalk. The music is a nice touch to keep us excited during the heat of the day.”