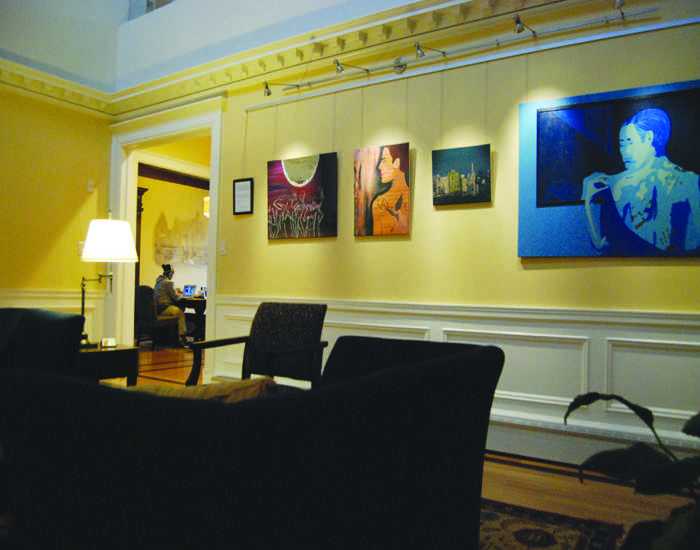 As an institute of higher education, Case Western Reserve University prides itself on accepting all students as they are and promoting a healthy environment in which they can grow. At the LGBT center, tucked away in the Thwing student center, such an attitude is graphically represented. The recently renovated space off the main atrium has been given new life by an influx of excited students.

University president Barbara Snyder has said that, “Every single member of our community is important, and each of us should strive to ensure our actions convey that message. Tolerance and respect are essential to our mission.”

This attitude has led to a wide range of campus initiatives and several accolades – CWRU earned 4.5 out of 5 stars in the “LGBT Friendly Campus Climate Index” and ranked in the top 100 LGBT-friendly schools – as well as the recent establishment of the LGBT center.

Opened in late 2010, the LGBT center strives to achieve the goals spelled out by President Snyder through a wide range of programs. These include graduate and undergraduate internship opportunities, talks on career planning for LGBT persons, scholarships, and most recently, an art contest.

The center, whose walls have remained bare since the ribbon-cutting, is opening the contest to graduate, undergraduate, and professional students from CWRU, CIA, and CIM. Liz Roccoforte, the center’s program director, wishes to bring definition to the previously unadorned Hart Crane Reading Room, the center’s nucleus, by drawing on the skills of student artists.

“Due to the expansiveness of the space, sometimes people don’t know that the center is even here,” she explained. This contest, she hopes, will promote awareness of the organization’s presence and happenings, leading to greater student involvement.

Roccoforte says the artwork will establish a welcoming feel that will further the organization’s goal of acceptance. “We want submissions from students, as this is a community space, and we want to emphasize that facet of the center.” The organization strives to be inclusive and to address issues pertaining to the entire student body, both present and past, by partnering with a variety of student groups, including the Alumni Association.

The contest is open for submissions online through Feb. 29. Works will be judged by a panel of students’ peers, staff, and alumni. The winner will earn a permanent place in the center’s emerging collection, and all works submitted will be on temporary display throughout the judging phase. The contest will also feature a reception once all submissions are in.

William Allan Jacobson, a student at the Case Dental School, is the only artist to have donated work to the LGBT center’s permanent collection. His artwork, which had to be shipped from his home in Southern California, is an introspective reflection on his own life experiences as a gay young adult. “I keep a journal in which I write entries,” his artistic statement reads. “I attempt to translate these feelings from writing to a pictorial narrative. Art can take the viewer where words cannot through the power of images.”

Jacobson has contributed four pieces to the LGBT collection, including “Magnified,” which has been reproduced as an image to fuel inspiration for the upcoming art contest. “My intentions are to make statements [through my art] about the human nature, commenting on the personal, responding to the cultural, bringing about awareness, with the hopes of getting people to feel, and to think outside of many boxes and be less critical of one another,” he said.

Along with a spot in the center’s permanent collection, cash prizes of $200, $100, and $50 are offered for first, second, and third place.

“Students who are submitting do not have to identify as LGBTQ,” Roccoforte has emphasized. “The center means a lot of things to a lot of people. People have a multitude of experiences, and we want that to be reflected in the artwork.” The contest is not restricted by thematic content, leaving it up to the artist to decide what issue they would like to address. Similarly, there are no specific restrictions on medium. Two-dimensional pieces such as drawings, paintings, and photography are preferred, although sculptures and other three-dimensional works will be accepted.

Along with this contest, the LGBT center will be hosting events throughout the coming semester as well as their weekly discussion groups. Previous events have included a vigil for the bullying of LGBT teens and workshops pertaining to being an LGBT person in the workplace, the latter of which will be continued this semester.

A lecture by Robyn Ochs, a well-known bisexual activist, is planned for March 1 and is entitled “Beyond Binaries: Identity and Sexuality.” Upcoming programs will center on bisexuality, which has received less attention than other topics lately. “We haven’t really centered around bisexuality in the past, and we hope that the events we’re planning will remedy that,” said Roccoforte.

According to Roccoforte, “We want to try and bring out the positive side of being an LGBT person and to really celebrate that.” While much of the publicity surrounding LGBT issues has been negative in the recent past, with discrimination grabbing headlines, the LGBT center is attempting to change the conversation with this upcoming contest.