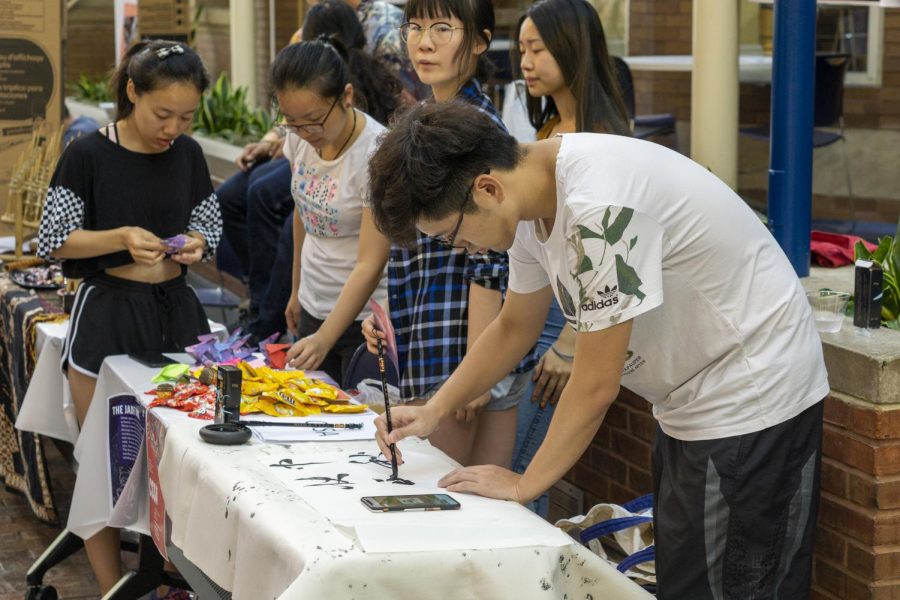 Students enjoy the events offered at the Asian Mid-Autumn Fest

Various cultural clubs from Case Western Reserve University came together to host the annual Asian Mid-Autumn Festival this past Friday in Thwing Center. The Festival served as a gathering of students, clubs and other organizations, with food catered from various Asian restaurants around Cleveland for the event.

Many cultural clubs on campus were present at the festival, including the Vietnamese Student Association and the Asian American Alliance among others. Departments from the university were also present, such as the Office of Multicultural Affairs.

Among the established organizations represented at the Mid-Autumn Festival was the Taiwanese American Student Association (TASA), an organization that seeks to raise awareness about Taiwanese culture.

“We want to get students interested in Taiwanese culture through events,” said Justin Tseng, a second-year biomedical engineering major and TASA vice president of internal relations. Tseng described how the festival gave TASA an opportunity to help raise awareness about the organization and grow its membership.

“The main focus is interpersonal connections,” said Tseng when asked about the purpose of the organization. Members have the opportunity to grow their knowledge and appreciation of Taiwanese culture alongside friends and companions.

The Mid-Autumn Festival was also an opportunity for new groups and organizations to become more well-known on campus and to recruit new members. One such group was Third Culture Kids (TCK), a group for students who grew up in a different culture from that of their parents, or don’t feel included in either the culture they are from or the one they grew up in.

“I had culture shock from going to school in the U.S. after living in Tunisia,” said Rachel Bernardi, a second-year nursing major and member of TCK. She said that in her first semester of college, she wanted to forget she wasn’t from America. Bernardi described the purpose of the group as providing a chance to form connections with other students at CWRU with similar experiences.

First-year nursing major Tia Li said that her favorite part of the festival was the diversity of dishes and the chance to taste different cultures’ food. She recalled memories of home when she ate Asian food with her friends.

Overall, the Asian Mid-Autumn Festival is a great opportunity for established organizations to keep growing, for new clubs to become known around campus and for students to become more involved at CWRU.