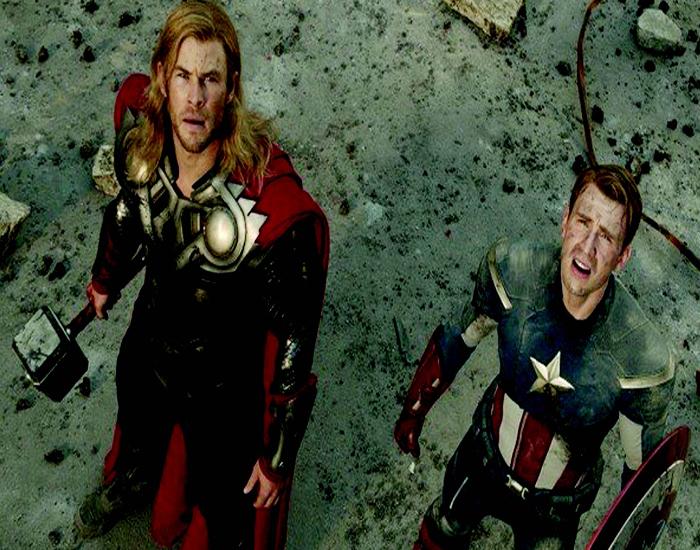 “The Avengers” has come and gone from Cleveland, in terms of actual filming at least. It’s coming to theaters in May (May 4, to be precise) and every trailer that has been released has brought all of my productive thoughts to a halt, causing me to curse Marvel for releasing the clips in the morning.

So, for the uninitiated, what is “The Avengers”? It’s the nerd-gasm of Ironman, the Hulk, Thor, Captain America, and Samuel L. Jackson out to save the world as they know it from destruction, presumably courtesy Thor’s brother Loki. “The Avengers” is one of Marvel’s more well-known crossover titles; until this series all of the characters presumably lived in different dimensions. I don’t care about continuity; I just love this epic mash-up.

First debuting in the original comic form in 1963, the iconic characters were put together by the ever-famous Stan Lee and Jack Kirby. Just like the “Justice League of America,” which was created by Marvel’s rival DC Comics, it takes the biggest and the best of the Marvel lineup (with a few changes for the 2012 movie) and puts them together on a world-saving team.

What is there not to love? “Thor” (2011) was one of the best movies of the summer, and “Captain America” (2011) was directly shown to live in the world of “Iron Man” (2008, 2010). The actors are great, and although it’s a sausage fest of masculinity, the producers remembered to stick in a female lead, in the form of Scarlett Johansson’s Black Widow. She replaces the original female character Scarlet Witch from the original comics. At least the word Scarlet appears somewhere in the movie, I suppose.

If this movie proves as epic as the trailer, assorted LEGO toy lines, and fan speculation make it out to be, I may just not be able to graduate, seeing as the movie comes out right before the end of finals. Marvel, why do you try to ruin our educations?

While the plot hasn’t been released, I keep hoping it will be about the Skrulls invading the Earth…but the trailer released on Wednesday, Feb. 29 would seem to indicate something more metallic, along with the ever-awesome Loki.

This “Avengers” movie is very similar in terms of marketing to the DC Nu-U, a total reboot of the continuity, but in terms of movies instead of comics. All-new sexy cast, all-new-but-still-the-same origin stories, and even more shiny covers/trailers being released to get the juices flowing for the eventual release. I think Marvel is going to hit a home run with this movie though, as all of the previous films that set up the characters’ origins have done well in theaters, and sequels are being planned as we speak.

I think the following exchange, from an earlier trailer, sums up the film and its eventual success: