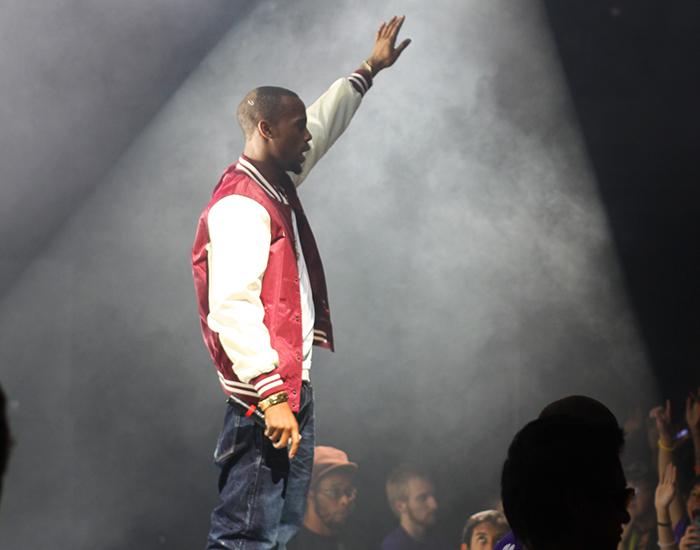 While many Case Western Reserve University students were donning their school colors for the Homecoming football game, I wore my best dress for my first Cleveland Orchestra concert.

Severance Hall was as busy as any part of CWRU this past weekend. Fancily-clad people of all ages bustled around the building’s lobby before the show. My friend, a novice composer, and I had difficulties working our way through the crowds.

Finally, after travelling through several beautiful staircases, lobbies, and hallways, we arrived at the balcony and found our seats in the dress circle. These seats, considered some of the best in the entire hall, allowed us to see every musician in the group.

When the lights dimmed, a wave of silence rushed over the huge crowd. Conductor Franz Welser-Möst entered the stage, welcomed by thunderous applause.

The first piece, titled “Kammermusik No. 1,” by Paul Hindemith, began the concert with a quick string melody and small flute riff splashes. The music flowed into a more morose theme with the second movement, and the entire piece ended with a siren-like melody.

With the hall’s amazing acoustics, even tiny triangle parts were audible. Between songs was the only time I heard a cough or a sneeze; the amount of respect shown to the performers was unbelievable.

Richard Strauss’s “Oboe Concerto in D major” was my least favorite song of the night. While the soloing oboist was clearly very talented, the music was too repetitive for my taste.

However, after intermission, I experienced a sure favorite, the “Symphonie Fantastique” by Hector Berlioz. The full orchestra then performed the first movement, consisting of two sections titled “Reveries” and “Passions.”

“Reveries” introduced a very slow melody full of anticipation, building into the racing “Passions” section. Moving with the song, each musician’s energy added another wonderful element to the live performance.

The song rushed through a strange waltz piece, then continued to a gentle, passionate third movement. After this, the fourth movement marched in, low and heavy. Finally, the song finished with a dissonant, victorious fifth movement that shook the building.

The audience must have clapped for at least five minutes. The conductor left the stage, and entered again two more times for repeating encores.

This was an amazing performance with an explosive ending, but sat in great contrast to the next day’s B.o.B concert, which I also attended with my composer friend.

Now, I am not a big fan of B.o.B, and I knew that my friend, a lover of all things classical, certainly would not be overly excited about it. However, I knew we should both give it a shot, especially since it was free.

Live rap, we first discovered, is loud. Inside Veale, the music boomed from stereos so loudly that we wished we had earplugs. On top of that, flashing lights quickly made us wish we had sunglasses too. Before long, we both had headaches and ringing ears.

Our second discovery was that rap, at least in this case, was extremely vulgar. B.o.B’s opener, Chance the Rapper, began yelling out profanities in a high-pitched, squeaky voice. I started to think that any pubescent boy could be a rapper if this guy was one.

Every song was Chance the Rapper’s “last song of the night.” I heard him say this at least three times until he finally left the stage.

Then the crowd waited for about 15 minutes as some cleaners came out and mopped up all the water he spilled. Finally, the crowd started to get pumped for B.o.B I did too; it was my very first rap concert.

B.o.B’s music was definitely better than Chance the Rapper’s, and he put on a much better show. Of course, I enjoyed “Airplanes” and a couple of other famous songs, but what really blew me away was the light show.

Images of tigers and fire burst upon the screen behind him, and strobe lights flashed madly against fog in the air. Laser beams shot up to the ceiling, and the spotlights changed color with the mood of the song, creating a dazzling effect overall.

However, as far as music goes, I definitely preferred the regal atmosphere of Severance Hall to this headache-inducing mob of people. I can see the allure of rap concerts, with the dancing and relaxed feel, but not for the underprepared.