“The Bachelorette” has a rare moment of honesty on cyberbullying 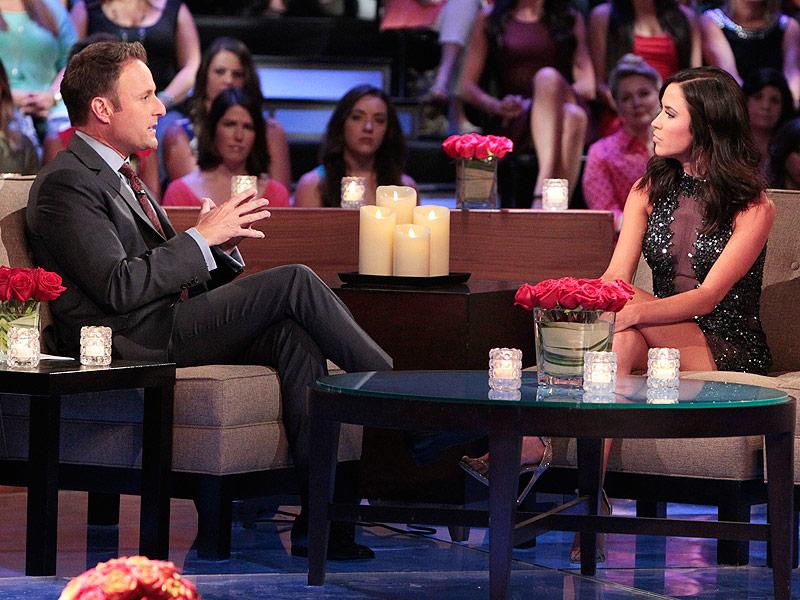 Kaitlyn Bristowe sits on a couch in a black sparkly dress, talking to a spray-tanned Chris Harrison for what feels like the thousandth iteration of “The Bachelorette” franchise’s Men Tell All special. So far, the men have discussed whether or not she had the “right intentions” going into the franchise, whether her sleeping with one of the contestants before the anointed dates where she is supposed to sleep with four of them makes her a slut. Contestant JJ Lane has been put in the hot seat and lambasted for having a close male relationship on the show– he has trembled in fear as Harrison makes a joke that implies he is going to out him. It has been a problematic episode, in more ways than one.

Unfortunately, “The Bachelorette” and it’s brother show, “The Bachelor,” have always revelled in the problematic. Traditional gender roles are the shows’ bread and butter, and conversations about anything deeper than the vague idea of a perfect future are seen as not conducive to the foundation of a fairytale marriage and are therefore banned. The show is a whitewashed, heavily sanitized, manipulative perspective of what it takes to fall in love; it’s an old-school, slightly more racist Disney movie for adults.

This season, though, has been different, at least in some respects. Bristowe is refreshingly honest about what she wants; the dates, while still horrifyingly overproduced, have featured slightly more realistic conversations. Hot-button topics like religion and politics are still the show’s Black Plague, but, at least in some sense of the word, Bristowe has made the dates feel real.

The reaction from many media outlets has been overwhelmingly positive. Vulture went so far as to call Bristowe the show’s Katniss Everdeen: “Without intending to do so — I don’t think Kaitlyn is at all calculating, which is what makes her impulse-driven careering toward matrimony (or not) so endearing and fascinating to watch — this 30-year-old Canadian dance instructor is advancing the conversation on female sexuality, and dismantling from the inside the franchise’s veneer of fairy-tale delusion,” writes Jada Yuan.

The reaction from the general public, though, has been an entirely different story. A quick browse through Bristowe’s Twitter yields hundreds of replies, some positive, but mostly negative. Tweets range from “Worst. Bachelorette. Ever.” to “stupid whore” to, of course, the ever-present “slut.”

On Monday’s Men Tell All special, Bristowe sat, pursing her lips, as Harrison read a sampling of these types of tweets out loud, to the shocked gasps and wide-open mouths of the audience and the men of the season, some of whom had expressed those same thoughts, in a more appropriate for TV style, just moments earlier.

“Kaitlyn is a selfish whore with no morals and a pathetic excuse for a human being,” reads Harrison, quoting from a DM sent to Bristowe. He gives the words no expression, dropping them each with pauses in between, letting them settle on the audience. When he finishes, someone in the audience screams “we still love you, Kaitlyn,” giving her a standing ovation. Her former suitors all stand as well. Bristowe points out that the DM, the worst of the three that Harrison has selected to read out loud, was written by a mother.

“When I’m reading that, I just don’t understand how someone who is a mother figure could go out of their way to write that for the world to see, for me to see, and she’s talking about how I’m teaching bad behavior, yet she’s speaking like that to somebody,” she says.

Cyberbullying is becoming increasingly prevalent as technology becomes an unavoidable piece of the everyday experience. The i-SAFE Foundation estimates that 50 percent of adolescents have been cyberbullied at some point in their lives; scarier still is the fact that 50 percent also admit to having cyberbullied others themselves.

The appeal lies in cyberbullying’s anonymity; comment sections on news websites (or the increasingly infamous social media app Yik Yak) often allow for total ambiguity through unregistered guest accounts or aliases, prompting people to reveal the worst of themselves, the things they would never say with their name attached. It’s a sordid form of therapy, a place to put your worst foot forward without any consequences.

Even when this anonymity is not present, though, cyberbullying still holds water. On sites like Facebook, Twitter and Instagram, where name is just one of the many things attached to a profile, cyberbullying is still extremely prevalent, almost ingrained into the site’s functioning. Negative comments are just a part of the social media game, we’re told; you shouldn’t expect to avoid them.

This narrative, that the Internet is a place where we should expect to be harassed, where we should simply develop a tough skin and move past the haters, is extremely dangerous. Comments that we excuse on the Internet would be considered beyond unacceptable in a real environment; what is it about throwing them out into the multiplatform void that suddenly makes them something to brush off?

Here lies the power of “The Bachelorette’s” actions. Reality TV is not real; everyone knows this. But the people who appear on reality TV are, a fact that we often allow ourselves to forget. It’s easier to watch someone be exploited, manipulated, if we don’t allow ourselves to associate them with the same category in which we place our friends or neighbors. Reality TV, in many ways, offers the same protection as cyberbullying; we can revel in someone else’s pain without having to experience the consequences ourselves.

When Harrison carefully and slowly read out loud the words of Bristowe’s bullies, he did so without including their Twitter handles, letting them maintain their anonymity; if they were watching, they certainly knew who the messages came from. They, as well as everyone else who had ever sent Bristowe a hateful message, also knew that she read them, knew that they affected her. Suddenly, Bristowe wasn’t a removed reality television personality, or a removed Internet persona; she was a person, and she had been hurt.

Whether or not the writers of those Tweets or any others now regret their actions, only they can tell you. They may not; they may decide that what they said was justified, that it’s something they would be fine with saying to Bristowe’s face. But, for many, the shock of having cyberbullying so openly acknowledged and called out in that manner may be enough to make them think twice before clicking send on their next comment.

Bristowe took a platform available only to her and the select few who are deemed relevant enough to broadcast for the whole world to see and used it to give a voice to those who have to deal with cyberbullying on an everyday basis. Whether she intended to or not, she is now the face of someone who has been affected by the uncaring words of others on the Internet, a visible and vocal face in the minds of those who cyberbully and a fighter and role model for those who have been cyberbullied themselves.

Despite the fact that the show has gotten so much else wrong, this decision to call out people who incorrectly associate the Internet with a lack of identity is something that “The Bachelorette” can be proud of.

Despite the contents of this article, Julia Bianco is a very big fan of “The Bachelorette” and all other reality television.