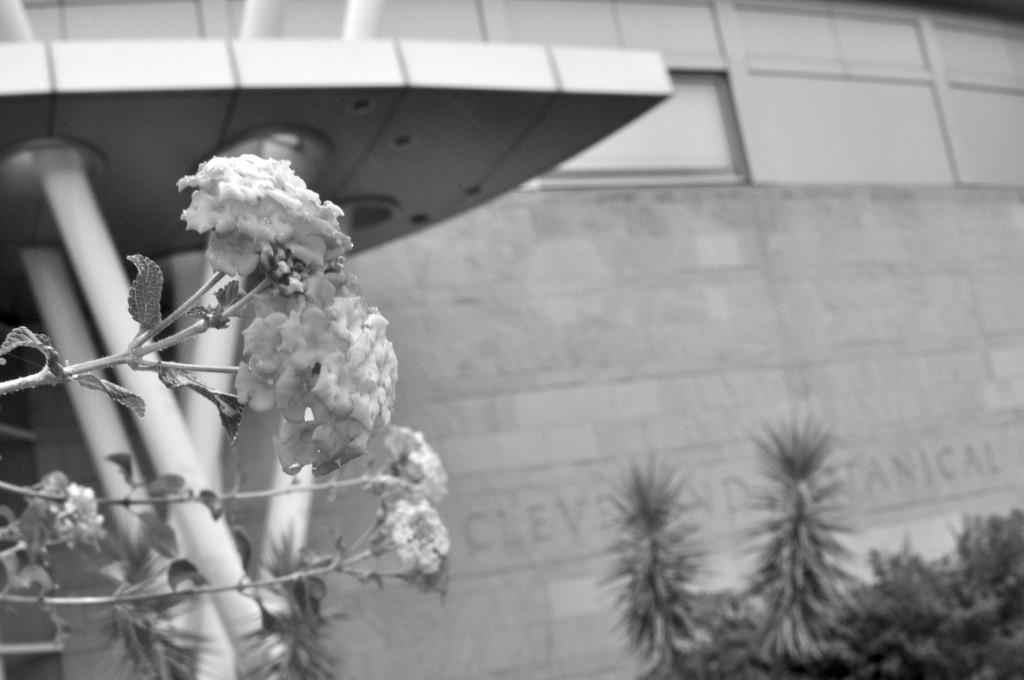 Last Sunday, Oct. 3, the Baker-Nord Center for the Humanities hosted their annual Poetry in the Garden event. Although originally planned to be outside in the midst of the Garden’s namesake, the grey thunderclouds looming on the horizon caused it to be relocated to two of the Botanical Garden’s beautiful atriums. The afternoon was arranged around multiple poetry readings, staggered as to give listeners a chance to wander the lush confines of the Garden’s Glass Room, filled with exotic plants and flocks of colorful butterflies.

The event played host to an array of poets from the area, taking a break from their teaching duties to read a variety of their published and unpublished works. They were Erika Meitner (Virginia Tech), Michael Dumanis (Cleveland State University), Kazim Ali (Oberlin), and Phil Metres (John Carroll University). After their reading sessions concluded, winners of the Baker-Nord poetry contest were announced and called upon to read the poems that they had submitted. In the High School division, Jacob Oet won with his entry Metamorphosis.

The regular division of the contest featured a number of poets competing for first place, a tight competition resulting in ties and runners-up whose works were arguably comparable to the winners’. Sarah Koby spoke of the proud lineage of cakes that run in her family and CWRU senior English major Fatima Espiritu spoke with prose so deft and thought provoking that its essence cannot be reprinted without quoting the entire work. For these poetic displays, both received the designation of runner up, affording them copies of all of the guest lecturer’s most recent publications as well as an assortment of other prizes and exultations.

The judge of the contest and keynote speaker of the entire event, Ilya Kaminsky, couldn’t decide on a winner so instead gave the title to two of the contestants; Catherine Paul and Vladmir Swirynsky, whose poems dealt with the issues of political unrest in Spain and the shadow of destruction that crossed Europe during WWII, respectively.

Swirynsky took his stand at the podium to remind us that he was not here because he was a poet, but was here because during the war, his mother had found the kindness in her heart to pass a piece of bread through a hole in the fence to a stranger, a stranger who would later become his father.

This anecdote segued perfectly into Kaminsky’s keynote reading. He read excerpts from his recently published Dancing in Odessa, which is unsurprisingly permeated with references of his Russian homeland. Mixing images of post war Europe and communist Russia, with a heavy accent and a wailing voice he read vigorously his work paying homage to a poet who had been forced into exile to die in obscurity for his anti-Stalinist work. At times, Swirynsky shook the podium, the force of his words reverberating off the walls, echoing his emotion. At others his voice was a whisper while he recounted the good times that had come before, the simple joys, with such lines as, “Oh sweet dollars! Why are you not in my pockets?”

Although the event is over, the winning work will soon be published on the Baker-Nord website, along with the list of upcoming events. So if poetry interests you, it would be a shame to miss future events of this caliber, and the opportunity to receive accolades for your yet unpublished work.