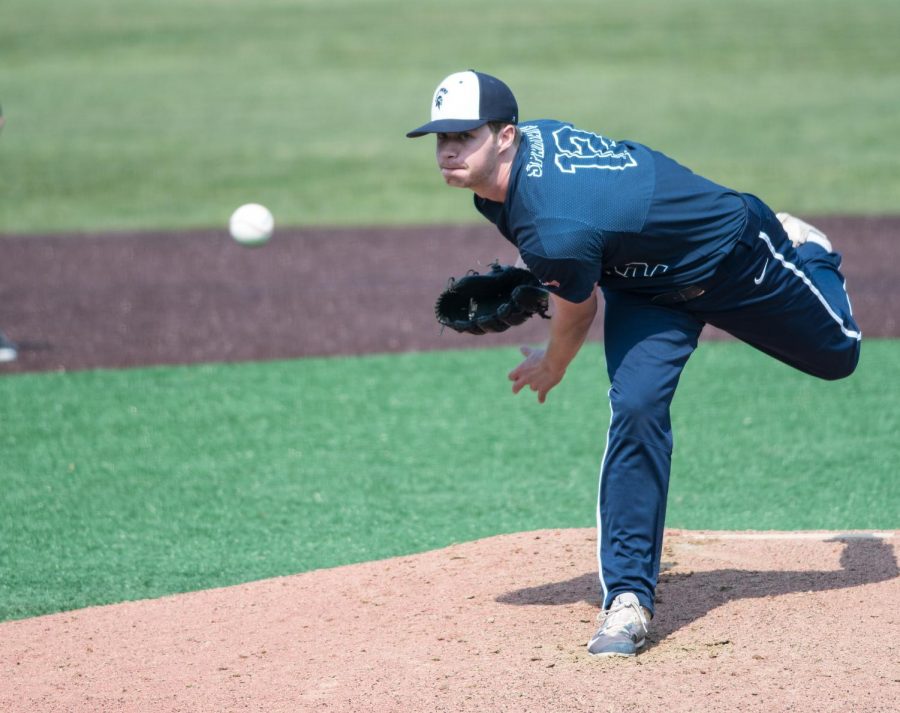 The baseball team moved up to No. 10 in the Division III rankings with a dominant performance over New York University.

Case Western Reserve University has cracked the top ten rankings—in baseball, that is.

After an impressive 3-1 series win against New York University (NYU), the CWRU baseball team moved into the top ten of the Division III baseball rankings.

The home weekend started off rough with a 12-3 loss. Third-year pitcher Mark Gross started the game and went six innings. His outing did not go as planned, allowing 10 hits and nine earned runs. Gross was credited with the loss, dropping his record to 4-2 on the year.

The Spartans didn’t fare much better in this contest at the plate. Second-year outfielder Samuel Neal had a solid day though, going 3-4.

CWRU started the scoring early, taking a 1-0 lead in the first inning. NYU stormed back in the second with three runs, and the Spartans couldn’t overcome that early barrage.

That game was the end of the struggles for the team this weekend. The Spartans dominated NYU 13-3 in the next game, which ended in eight innings due to the mercy rule.

Neal went 3-4 again, but this time added three runs to his stat line. Third-year second baseman Rocco Maue smashed the cover off the ball, registering three hits in five at-bats with an impressive five RBIs and a home run. Third-year catcher Tyler Wypiszenski pitched in a triple in the third inning that scored three and stretched the lead to 10-2 early in the game.

CWRU won their two games on the second day, albeit not in as dominating of a fashion.

They knocked off their rival 7-5 in the opening contest of the day.

NYU gained momentum early, taking a 5-1 lead by the fifth inning. The Spartans proved resilient, however, scoring six runs in the fifth through eighth innings to take the lead.

Second-year pitcher Scott Kutschke pitched two innings of relief and earned the win, his third on the year. Kutschke held NYU to three hits and didn’t allow a run. Fourth-year pitcher Liam Killingstad recorded his eighth save of the year, throwing a perfect final two innings.

Fourth-year designated hitter Alex Capetillo led the team at the plate with a three-hit, two-RBI performance. Maue recorded two hits and two runs, as well as an RBI.

It took extra innings to close out the series. The Spartans grinded out a win in ten innings, 4-3. CWRU took a 2-0 lead by the bottom of the fourth, but NYU scored three in the sixth and the seventh innings to take a 3-2 lead.

And then came the hero of the day, fourth-year outfielder Nate Glasser. In the bottom of the eighth inning, Glasser hit a single to center field to score Wypiszenski and tie the game, sending it to extra innings. Two innings later, in the bottom of the tenth, Glasser laid down a bunt that led to a throwing error and again scored Wypiszenski for the walk-off win.

Kutschke again earned the win on the mound, pitching four relief innings and holding the conference rival to one hit and no runs.

Up next on the schedule is Senior Day at Progressive Field on April 19. After that, the team resumes University Athletic Association play at Washington University in St. Louis on April 20 and 21.