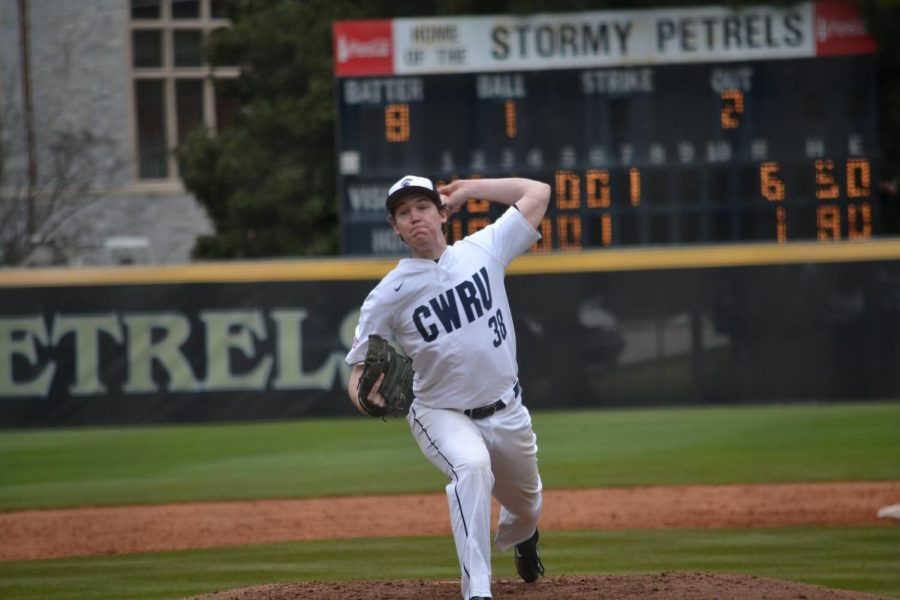 After a quiet first few innings, the Spartans scored nine runs in the third inning, sending 14 batters to the plate. Maue hit a bases-loaded triple to increase CWRU’s lead.

Maue also hit two solo home runs to lead off the fifth and sixth inning, adding to the pile of runs already scored.

In the second game of the day, the Spartans came back from a 3-0 deficit early.

Second-year shortstop Jacob Lott drove in two runs in the bottom of the sixth inning and gave CWRU their first lead at 4-3.

Ryan added the insurance run by an RBI single to drive in Lott, leading to the final 5-3 score.

Against St. John Fisher, CWRU overcame an early nailbiter and then handily defeated the Cardinals.

The Spartans were able to claim the victory on a bases-loaded walk-off single by first-year outfielder Cole Jarrett.

CWRU trailed 4-3 entering the seventh and final inning of the game. Lott hit a one-out triple, while Maue was hit by a pitch. Ryan then doubled to left field to tie the game at 4. Fourth-year third baseman Jacob Kucia was intentionally walked to load the bases, and Jarrett answered with a single down the left field line to drive in Maue and win the game for the Spartans.

In the second game of the day, the Spartans took an early lead and never relinquished it.

Third-year outfielder Samuel Neal started the scoring with a two-run double in the second inning. St. John Fisher answered with a run in the top of the third.

The Cardinals trimmed the lead with a run in the top of the sixth. However, the Spartans’ offense would be too much, as Maue and McConihe added late runs in the seventh and eighth innings to extend the advantage to 7-2.

The Spartans finished the week with four wins, bringing their overall season record to 12-6.

The team will begin the University Athletic Association part of the schedule this upcoming weekend, Friday, March 29 to Sunday, March 31, when they face Washington University in St. Louis at Nobby’s Ballpark for a four-game series. The series starts with a 3 p.m. first pitch on Friday.