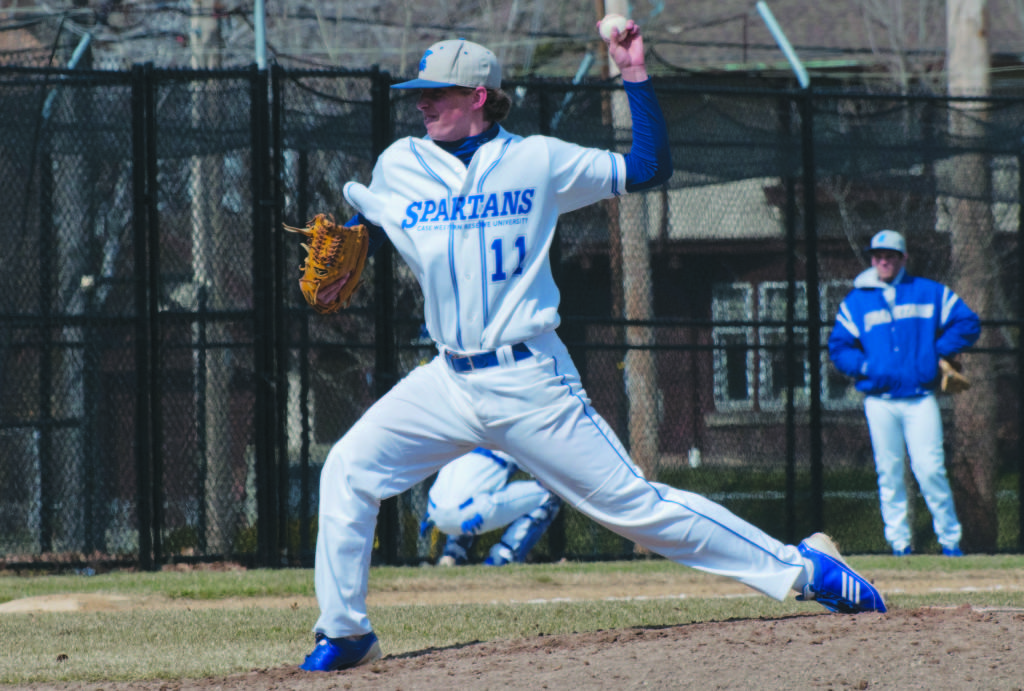 Spartans look to improve after first-ever trip to NCAA Championship

Following a school-record season that produced 33 wins and a third-place finish at the NCAA Mideast Regional, the Case Western Reserve University Spartans have set their sights on a University Athletic Association championship and another deep NCAA tournament run during this 2012 season. The Spartans finished the 2011 campaign with a record-breaking 33 wins (33-15 overall) and earned the first NCAA tournament berth in school history.

Despite the graduation of five key players, including last season’s Division III National Player of the Year Chad Mullins, Case is still expected to surpass last season’s performance behind 9 returning starters, 20 letter-winners, and a talented group of 15 newcomers.

“We definitely hope to build on the success that we have had,” said sixth-year head coach Matt Englander. “We had a taste in 2011 of what success is like, and you always hope to accomplish more than what you have done in the past. That is our goal each year, and we understand what it takes to reach a certain level. We are going to strive to achieve even more success through continuous hard work and dedication to all of the details.”

Last season, Zak served as the team’s main backup catcher to Steve Bills, but was still able to bat .312 with two home runs and 10 RBIs. He also provided the most memorable season highlight when he belted a game-winning pinch-hit grand slam against Adrian College. Zak should provide experience for both the pitching staff and the infield.

The former two-time All-UAA selection returns to first base for the Spartans. In 2011, he batted .308 with three homers and 58 RBIs – placing him third on the team. The junior also doubled 13 times and scored 26 runs en route to earning his second All-UAA honor. Entering his third year for the Spartans, Ossola is a career .336 hitter with 4 home runs and 84 RBIs.

Last year, Marko, who has started 36 of 40 games, batted .280 with a home run and 20 RBIs. Marko is aiming to rebound to his sophomore season performance, when he started 38 of 39 games while batting .311 with one homer and 15 RBIs. He finished second on the team with 24 walks and tied for second with three triples.

The two-time All-UAA junior is returning and hoping to improve his already stellar track record. In 2010, Keen batted .381 with 37 RBIs, scored 68 runs, and stole 13 bases. The former UAA Rookie of the Year led the league and ranked second in the league in runs scored while totaling 4 triples and 18 doubles.

As a freshman, and the youngest player in the infield, Frey saw significant time at both third and second base last season. He played 38 games and started 19 as a rookie, batting .422 with a home run and 20 RBIs. Frey was recognized as the team’s Rookie of the Year and looks to anchor third base this season.

Abed played 42 games with 36 starts and batted .257 with a pair of home runs, 16 RBIs, 39 runs scored, and 13 stolen bases. He also homered during the NCAA Mideast Regional matchup against Heidelberg University. In 109 career games, he is a .270 hitter with 32 RBIs and 36 stolen bases.

After transferring from Division I George Washington University, Pakan is looking to solidify centerfield for the Spartans. According to Englander, “[Pakan] will be making the transition into the outfield, and he is a really gifted athlete and a special offensive player.” The additional firepower will give the already talented Spartan offense an extra boost.

Dague’s last season was cut short due to an injury. He played in only 23 games, starting four, but despite his injury batted .571 with three RBIs and three stolen bases. Now healthy, he will look to establish himself as the cornerstone of the Spartan outfield.

While the Spartans have several players to fill out the DH role, Alexander should be the most likely this season. Last year, he was tabbed both second-team All-UAA and American Baseball Coaches Association All-Mideast Region selection. Alexander batted .368 with 4 homers, 55 RBIs, and a team-best 19 doubles and 5 triples.

Honorable mention All-Mideast Region lefty was the ace of the staff in 2011 with an 8-3 record and a 4.54 ERA. Hora started 11 times in 14 games and led the team in wins, completed games (6), innings pitched (77.1), and strikeouts (46). The lefty also received two UAA Pitcher of the Week recognitions.

After an impressive freshman campaign, Kelly is back for more. With eights starts under his belt last year, the lefty went 5-1 with 4.72 ERA in 47.2 innings pitched. Kelly got his Spartan career off to an excellent start when he earned his first win in UAA Championship action versus Emory last year.

In 2010 Fry pitched in 14 games and posted a team-best 7-3 record with a 4.93 ERA in a team-high 49.1 innings pitched, 3 complete games, and 23 strikeouts. Unfortunately an injury kept him from competing in 2011. After missing the season with an offseason surgery, Fry looks to return and provide another stellar pitcher to the Spartan rotation.

Gish also missed the entire 2011 season due to injury. In 2010, the lefty pitched in 11 games with eight starts, and finished on the team with 49.0 innings pitched and a team-best 39 strikeouts. Gish will look to rebound in 2012 and provide another powerful arm to the rotation.

The sophomore righty returns after making a team-high 15 relief appearances as a rookie. After posting a 3-3 record with three saves and leading the team with a 4.03 ERA in 22.1 innings pitched, Vega is tasked with closing the game.

Moving to the bullpen from the starting rotation this year is senior lefty Boshinski, who previously pitched a team-high 16 games with eight starts. He posted a 4-0 record with a 5.32 ERA in 47.1 innings of work with 38 strikeouts. Boshinski should provide experience for the bullpen and his previous work as a starter will give the Spartans a long-relief option if necessary.

Smith also returns to the bullpen after missing all but one game in 2011 due to injury. His only appearance in late February produced four shutout innings with five strikeouts against Guilford College. His return to the bullpen should provide the Spartans another reliable arm.