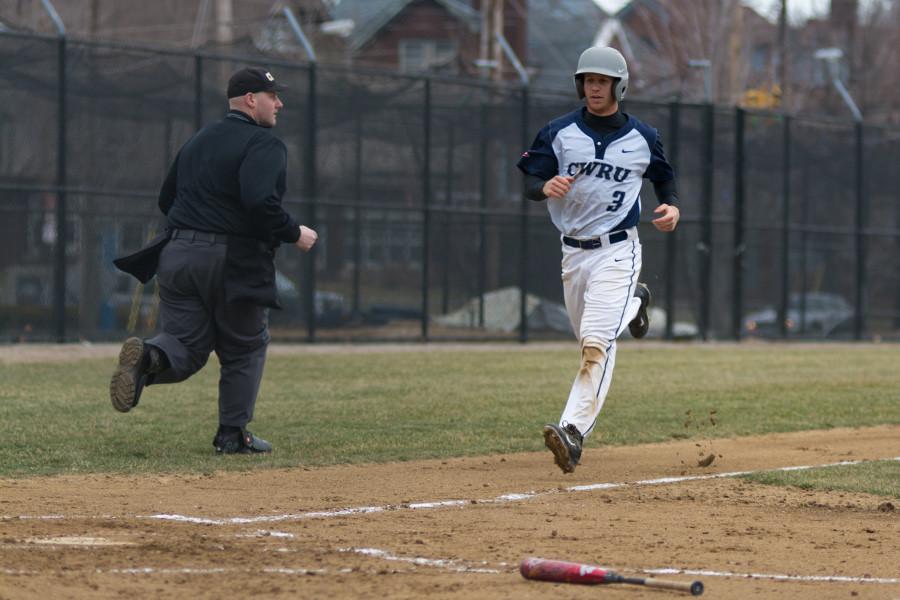 The Spartans have won four straight games heading into this weekend.

A two-win weekend is always a good bounceback from a winless weekend.

The Case Western Reserve University baseball team was able to take both games they played this past weekend on the road at the University of Pittsburgh at Greensburg. The first game lasted 11 innings, with the Spartans emerging victorious by a final tally of 4-3. The second game featured an eight-run eighth inning by the Spartans and a final score of 14-6 in favor of CWRU.

Third-year outfielder Josh Neal had some thoughts on bouncing back with some victories, saying, “It was a great two wins and very important for the team. Losing two last weekend was tough, so it was good for us to get back on track.”

Third-year outfielder Tony Damiano added, “Those two wins were some of the biggest of the season … Those two wins are a great way to build confidence as a team and start to make a run.”

Neal and Damiano were two of the biggest contributors at the plate over the weekend; both hit homers and drove in three runs across the two games. The homer by Neal was the first of his career; he had this to say: “It felt pretty awesome. To be honest I didn’t even know it went out until the guys started yelling, but I was happy to be able to help the team.”

Damiano has been on a tear at the plate lately, and chalked his success up to simplicity: “I think it’s the product of keeping things simple and just taking the game one pitch at a time. When I’ve struggled in the past it’s been because I was trying to do too much. I have a lot of trust in the guys around me … And I know that they’re going to do their job.”

That certainly shone through in the eight-run eighth inning in the second game of the twin-bill. Scoring eight runs certainly involves everyone in the order, and so although Damiano did hit a two run home run during this big inning, his teammates brought six more runs across the plate. These were two good wins leading into a few home games during the week.

Both Neal and Damiano have thoughts about what comes next for the Spartans. Neal’s message is this, saying, “The biggest thing for us right now is to continue building from this past weekend. Focusing on each individual play, and controlling only the things we can.”

Damiano adds, “The biggest thing we need to accomplish is staying focused on doing the little things right and getting a little bit better everyday.”