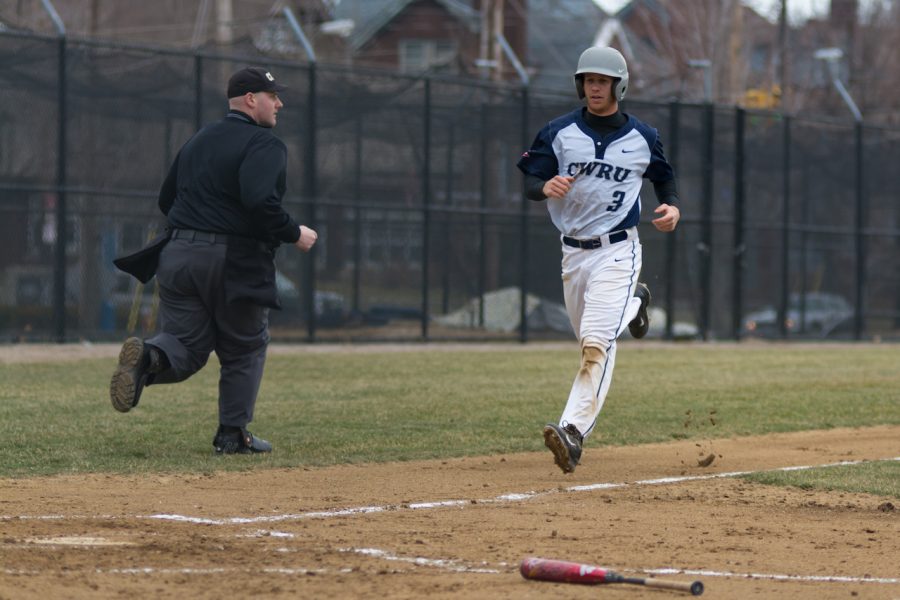 The CWRU baseball team won three games this past weekend to push their winning streak to four.

The Case Western Reserve University baseball team won all three games this past weekend to push their season-high winning streak to four games. The Spartans posted wins against University of Rochester and Washington College on Saturday and followed that up with another win against Rochester on Sunday. The Spartans improved to 6-9 overall on the season.

Third-year Spartan pitcher Ben Murphy started the contest for CWRU and pitched a gem. He spun six shutout innings while surrendering only one hit to go along with seven strikeouts. Second-year third baseman Jacob Kucia led the way for the Spartans offensively, collecting three hits and four RBIs in the contest.

In the second game against Washington, the Spartans fell behind early before a late rally in the eighth inning saved the day for the team. After a scoreless first inning for both teams, Washington got on the board with three runs in the second off of CWRU first-year pitcher Casey McConihe. Washington scored two runs in the fourth inning to increase their lead. The Spartans began chipping away throughout the remainder of the game, scoring in the third, fifth, sixth, seventh and eighth innings. In the eighth, the Spartans put up four runs and pushed the go-ahead run across.

McConihe pitched five innings for CWRU, surrendering five earned runs while striking out two and giving up a homerun. Second-year shortstop Rocco Maue led the way for the team with a 2 for 5 effort, driving in three runs as well. First-year pitcher Paul Slota was the winning pitcher with his two shutout innings late in the game.

In the Spartans final game of the weekend, they put up a dominating effort against Rochester, culminating in a final tally of 8-0. It was a pitchers’ duel early as the game stayed scoreless through the first four innings. The Spartans would not be held off for too long, however, as all eight of their runs came in the next three innings. CWRU put up three runs in the fifth, another run in the sixth and four more runs in the seventh innings of this contest.

Mark Gross was the winning pitcher for the Spartans as he pitched a marvelous seven shutout innings scattering only three hits. Fourth-year centerfielder Aaron Cain was the catalyst for this contest, as his two hits drove in three Spartan runs.

When asked about his team’s bounce back after a rough start to the season, Head Coach Matthew Englander said the team was “paying more attention to detail” and that they were “excited” and “looking forward” for conference play to begin.
The Spartans open up University Athletic Association play against third-ranked Emory University with a four game series in Atlanta beginning on Friday, March 24.