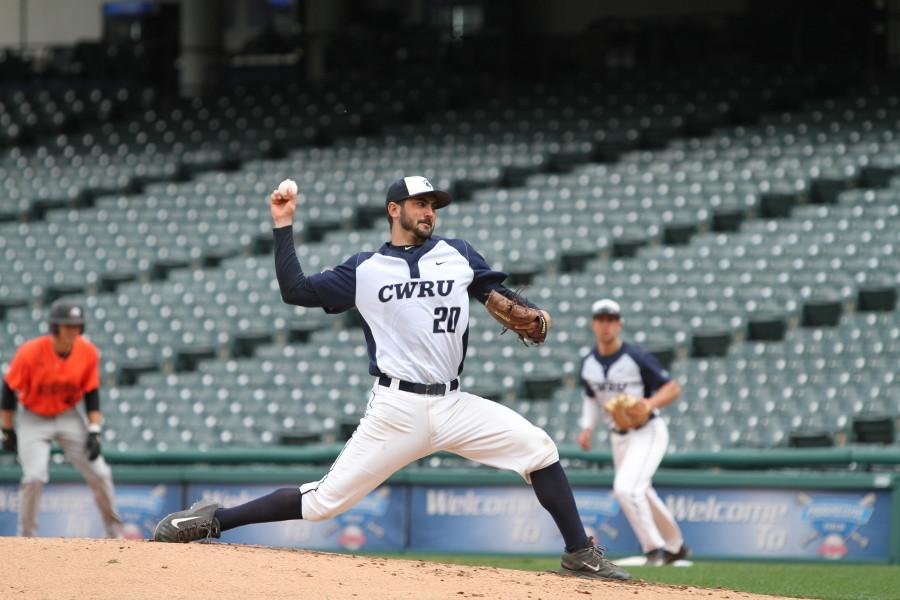 The Case Western Reserve University baseball team opened their season this past weekend with a trip to Virginia to take on Shenandoah University in a three game series.

The Spartans’ tough schedule put them up against 15th/16th ranked Shenandoah right out of the gate. The Spartans dropped all three games on the weekend. Saturday involved a 14-0 loss and a 4-2 loss, while Sunday’s loss was by a 7-4 score.

Despite the losses, there were a lot of bright spots for the Spartans that together still suggest a promising season. The second game on Saturday was started by big first-year righty Mark Gross, and he held his own, pitching six and a third solid innings in his collegiate debut. Third-year student Josh Neal showed the threat he will be on the bases all season, stealing two bases over the weekend, and he also made a big diving catch in left field early in the second game.

In game three the Spartans were able to find solid contributions out of the pen by two right handers, with third-year students Preston Williams and Jake Shields both pitching three mostly mistake-free innings, allowing the Spartans a chance to come back. Alas, it was not to be, but those are a few of the positives from the weekend.

The weekend saw a chance for four Spartan hitters and two pitchers to make their collegiate debuts, a big step towards contributions for the rest of the season. Fourth-year righthander Neal Krentz, who started game one, had some thoughts on the weekend: “This weekend was a learning experience for us. We faced a sound opponent and learned a lot about ourselves in the process. We now have a better idea of what needs improvement and we are looking forward to a constructive week of practice,” he said.

Sometimes you just run into a team whose bats will not go quiet. Shenandoah doubled CWRU’s hit total for the weekend, out hitting the Spartans 32-16. With the Spartans either practicing on the football field or in the gym, it is never easy to come out locked in on the first weekend of the season. Now they know what needs to be worked on moving forward.

The boys will head to Chillicothe, Ohio Feb. 27-28 to play four games. They will play two each against Manchester University and Heidelberg University. They will look to get back on track and get the good times rolling.