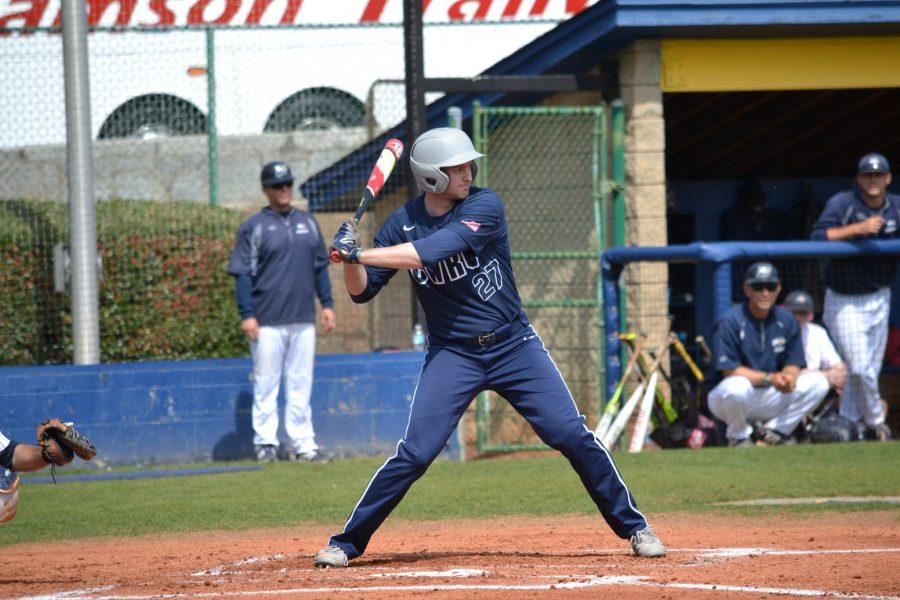 The baseball team split the weekend series against Emory University, including a wild 20-15 victory in the finale.

The Case Western Reserve University baseball team split the weekend with then third-ranked Emory University as the Spartans opened up play in the University Athletic Association (UAA). The Spartans are now 8-11 on the season and 2-2 in conference play. After coming into the series on a season high four-game winning streak, the Spartans quickly dropped both games of the first double header of the weekend. The Spartans would rebound nicely the next day, picking up two wins in the second twin bill.

In the first game of the four game series, the Spartans fell 11-1 in seven innings. Emory got on the board quickly, scoring a run off of fourth-year pitcher Jake Shields in the bottom of the first inning. The Spartans would respond, scoring a run of their own in the top of third inning when fourth-year catcher Eric Eldred scored thanks to a sacrifice fly from fourth-year center fielder Aaron Cain. Shields continued pitching well, holding Emory without a hit through four innings of the contest despite allowing the two runs to score.

In the fifth inning Emory began to break the game open. A cumulative nine runs scored in innings five through seven put Emory up 11-1, forcing the game to end early because of the 10-run mercy rule. Despite the 11 runs scored, Emory only had six hits in the contest, compared to three for CWRU. Shields took the loss in the game, pitching six innings and giving up five earned runs to go along with two strikeouts.

In the second game of the double header the Spartans were shutout by Emory 4-0. The game was a defensive struggle in the first five innings, with neither team being able to score. CWRU second-year starting pitcher Mark Gross was cruising along until the sixth inning, when Emory finally put three runs on the board. Despite the Spartans’ inability to score, they managed to get runners on base multiple teams in the contest. Gross fell to 2-3 on the year, despite the strong outing.

In the second day of double header action, the Spartans found whatever offense they had been missing, and then some, as they scored a total of 31 runs in the two games. After an impressive 11-2 victory in the first game, the team scored 20 runs in a wild 20-15 victory.

In the first game, third-year pitcher Ben Murphy improved to 3-0 on the season with five innings pitched and only one earned run allowed. The Spartans put up multiple runs in the fourth and fifth innings before scoring five runs in the ninth inning to close out the game. Fourth-year right fielder Tony Damiano drove in three runs as part of a 2 for 6 outing. The Spartans totaled 16 hits in the contest while limiting the Eagles to just five.

In the second game of the day, the Spartans rallied in the ninth inning in stunning fashion to beat Emory 20-15. The 20 CWRU runs were the most for the team since they scored 21 against Westminster College on April 5, 2014.

The game was a tale of two halves as the first four innings saw a combined four runs scored between the two teams. Innings five through eight, however, saw a combined 31 runs scored as the offenses heated up in the hot Georgia sun.

The Spartans registered an incredible 20 hits for the game, their most on the season so far. In the fifth inning alone, the two teams combined for 14 runs as Emory took a 10-8 advantage. With four runs over the next two innings, the Spartans retook the lead at 12-11. In the eighth inning, Emory scored four runs, two of which were unearned. The Spartans committed five errors in the contest, leading to four unearned runs.

As Emory led 15-12 heading into the ninth, CWRU struck once more. Damiano, Cain and UAA Hitter of the Week Tyler Wypiszenski each contributed two run scoring hits to give the Spartans the lead. When the inning was finally over, the team had scored eight runs in the inning to take the game and split the series.

Head Coach Tom Englander was encouraged by the team’s perseverance. “The guys never gave up,” he said. Englander also mentioned that his team looks forward to the challenges in the schedule.

The Spartans continue UAA play and start their home-opening series on Friday, March 31 against Brandeis University at 3 p.m. The two teams are scheduled to play a doubleheader the following day starting at noon and finish the series on Sunday, April 2 with another noon game, with all games taking place at Nobby’s Ballpark.