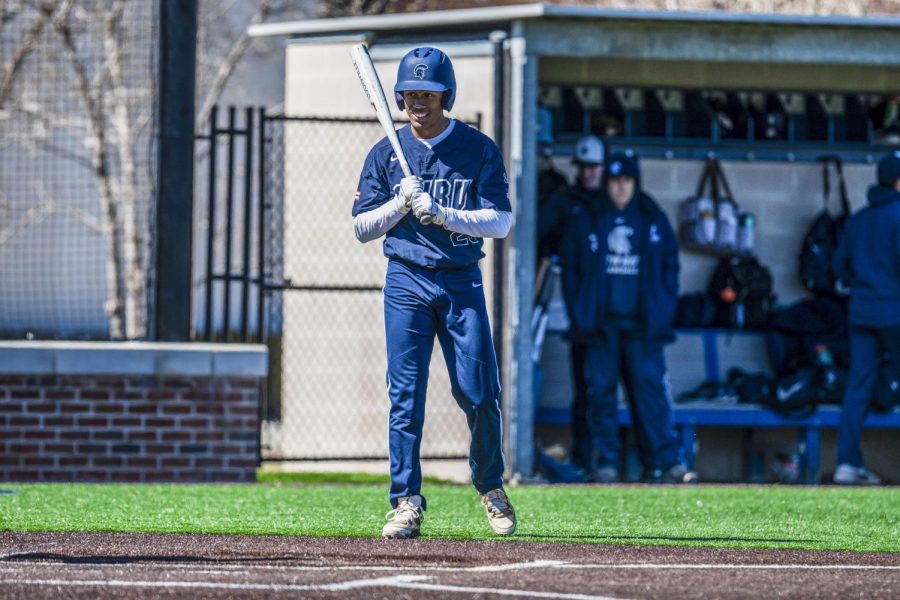 First-year outfielder Cole Jarrett steps up to the plate.

The Case Western Reserve University baseball team faced a tough series against Emory University, winning one game 4-1, while losing the other three 8-7, 13-3 and 10-6 between Friday, April 12 and Saturday, April 13.

The Spartans started their scoring in the top of the third inning when third-year outfielder Noah Mehrle scored on a single from second-year shortstop Jacob Lott. The next inning, second-year designated hitter Benjamin Stawicki brought second-year catcher Jake Ryan home on a two-out single. The Spartans also scored a third run in the fifth inning, but conceded a run immediately in the sixth inning. Ryan added an insurance home run in the seventh inning to give the Spartans the victory.

The second game featured more drama; the Spartans attempted a furious comeback by scoring four runs in the top of the eighth. However, Emory won on a run scored in the bottom of the inning.

The Spartans held an early 1-0 lead, but the game would slowly turn into a slugfest in the sixth inning after Emory plated three runs and another four in the seventh. Then the Spartans went on a hitting spree when fourth-year third baseman Jacob Kucia was hit by a pitch and Stawicki connected on a bases-clearing pinch-hit double. However, a late run scored by Emory handed the Spartans the loss.

In the third game, the Spartans were completely outplayed.

In the final game, Emory scored first for the first time in the series.

The Eagles scored in the bottom of the first, but the Spartans answered back with a single by Mehrle and a sacrifice fly by first-year outfielder Cole Jarrett. The Spartans pushed the advantage by scoring two runs in the third inning to bring the score to 4-1. Emory answered back with five runs in the fifth inning. Emory answered every Spartan run and was able to pull away in the end.

The team finished the week with one win and three losses, bringing their overall season record to 18-11 and conference record to 5-5.

The Spartans will next play a home-and-home series on Thursday, April 18 and Sunday, April 21 against the College of Wooster, with a game at Heidelberg University on Saturday, April 20 splitting the two.